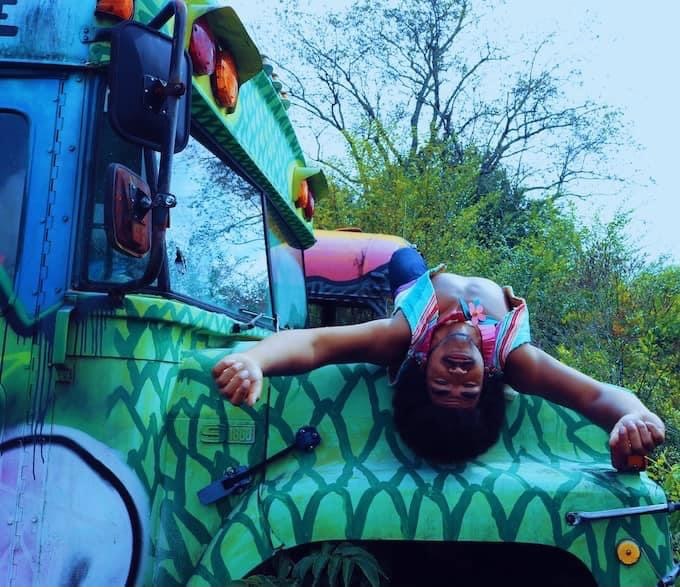 Emerge yourself in an exciting and spunky interpretation of history Oct. 7-10 at the Swanson Center Mainstage Theatre. This fall, Piedmont University’s Theatre Department will be performing “Hair,” written by James Rado and Gerome Ragni.

The show takes place in the midst of the Vietnam war and follows a group of New York City hippies, who are adamantly opposed to the war. Claude, Berger and Sheila are roommates in the big city who deal with sensitive topics such as drugs, sex, love and war. When the leader of the tribe, Claude, is drafted, he struggles in his decision to conform to societal and his conservative parents’ expectations to abide by the draft; or remain truthful to his beliefs and resist the draft. The musical features lively music, moving stories and important conversations.

Senior acting and directing theatre arts major, Cheyenne Welborn, plays the role of Sheila Franklin. Welborn describes her character as the mother of the tribe. Sheila takes care of her fellow tribe members while taking the responsibility of organizing and motivating the protesters.

Welborn goes on to describe the show as visually beautiful. It has a great storyline that grabs the audience’s attention.

“Everyone should come see the show for the experience,” says Welborn. “It’s humorous, it’s sad in some places, there’s really something in it for everybody and on top of that, it’s a classic.”

Aside from her own song, “I Believe in Love,” Welborn is most excited for audiences to see the ensemble performance of “Walking in Space,” which is performed during a trip sequence.

“Hair” will be directed by theatre department co-chair and professor of theatre arts Bill Gabelhausen, who worked as director last school year for “Trojan Women” and “Carousel.” Similar to Welborn, Professor Gabelhausen comments on the parallels of events during this time and how they resemble what has been happening socially and politically in recent times.

“In choosing this show, we reflected on the recent events of the past three or four years. The voice of the youth has become loud and articulate,” says Gabelhausen. “The same was true in the late 60’s in protest of the Vietnam War. To see this cast connect with the passion and desire for social change has been mind-blowing for me.”

The cast, crew and director all highly encourage the attendance of this show for not only the entertainment value, but for the content value. With consideration of Piedmont University Theatre’s track-record, you will not want to miss another dazzling performance from the cast and crew of “Hair.”

“Hair” will be performed at the Mainstage Theater in the Swanson Center. The show will be performed Oct. 7-10. To reserve seats, call the box office at 706-778-8500 x1355. Tickets are $10 for adults, $5 for seniors and free to current Piedmont students, faculty and staff. With the conversations of harsh topics that some may find offensive such as sex and drugs, viewer discretion is advised.