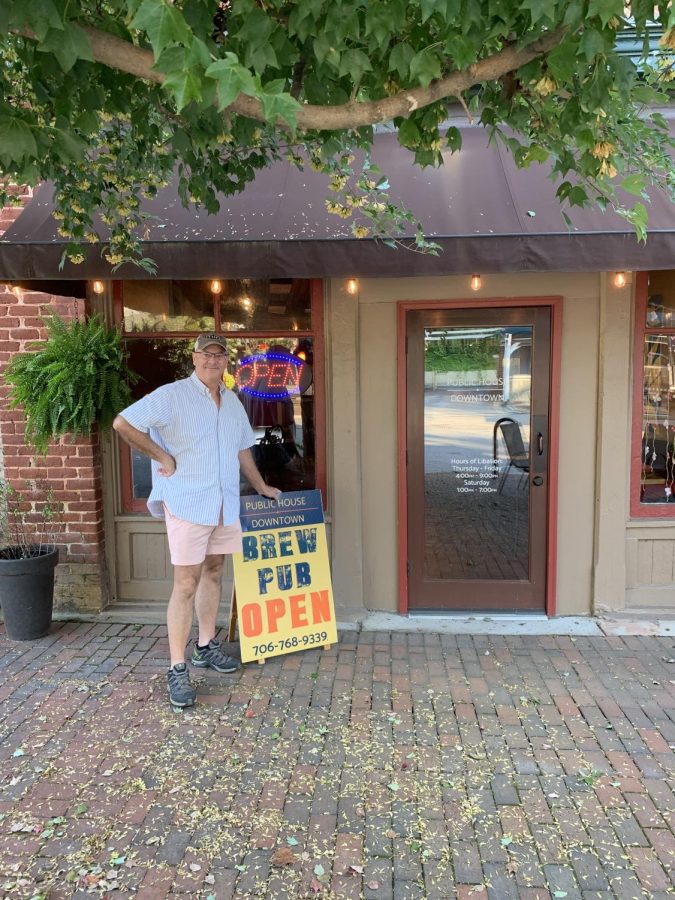 Temperance House Fine Coffee has what most young adults love and regularly crave; coffee and alcohol. Lawrence Bridges, the owner, has gone out of his way to create a comfortable and friendly environment with the coffee house. Temperance is two years into the five-year plan, and they have made some pretty significant changes. On August 1st, Temperance opened a new addition to the coffee house – a brewpub.

“Being around people and serving and providing something to someone, something that they would enjoy, which would be coffee or a cold beer, was the motivation behind the opening of Public House Downtown,” said Bridges.

While popular on its own, the coffee shop has a lot of plans for the future, the pub being the most significant project in a long time.

“In our five-year business plan, we wanted to add beer and wine at our two-year point,” said Bridges. “We acquired a beer and wine license with the city of Demorest, and we opened the pub in the first week of August.”

Cat Mote, a junior biology major at Piedmont University, has been working at Temperance since September of 2020. Mote has been there the longest, runs the social media accounts and manages all the workers’ schedules.

“I’m excited about the bar being open,” said Mote. “It’s bringing in students that we haven’t had the opportunity to meet before. It’s also good for students to have somewhere to go that is within reasonable distance to Piedmont. It’s safer to me.”

Public House Downtown has been hosting student nights every Thursday night, and they have been doing super well. The bar’s operating hours are from 4 pm to 9 pm Thursday and Friday night and 1 pm to 7 pm on Saturday. Anyone is welcome to come, but customers must have an ID to purchase a beverage.