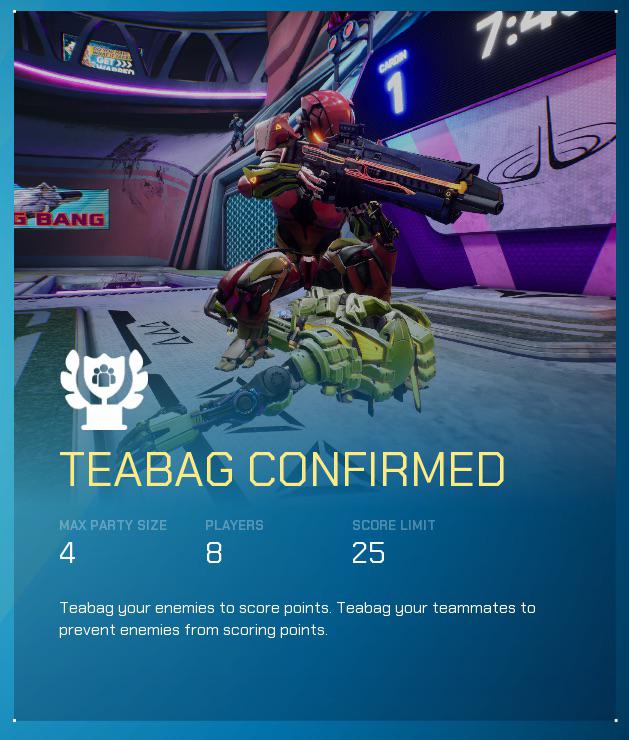 Popping in and out of reality has never been more fun as bullets whizz through portals chasing down players on a never-ending battlefield. Splitgate is a love letter to the shooter fans of old who thrived in the era of Halo shooters where zoom insights weren’t always the best. The added twist that comes with this type of gameplay is the ability to create portals at the press of a button in order to teleport around the map. Blue backdrops and lights highlight the locations that can use this and act as beacons of hope as the player zooms around the map at a breakneck pace.

As of late, the free-to-play mentality has been flooded with games that restrict content behind paywalls, which all change with the minimalistic approach to Splitgate’s battle pass system. This grants rewards that apply cosmetic changes only. While the player can certainly purchase these products with real-world money, it is possible to earn enough of the coins to collect rewards from either the random chance loot boxes or the offerings in the in-game store.

So how does it play? Splitgate plays much like the standard first-person shooter with the added wrinkle of portals that players can shoot through and use to cover large amounts of ground to get the advantage in combat. Guns feel fluid with the title of each gun describing the basic function of each weapon making it accessible. While the carbine in the game may shoot slower than the likes of the DMR in Halo, the damage seems higher which leads to the need for fewer bullets. Each weapon feels familiar to those used in games that any first-person shooter fan has played before and will make them feel at home, leaving more time to be spent learning the portal mechanics.

Only two portals can be placed at any given point. However, there is no cooldown so players can use them as frequently as they see fit. Juggling the many actions needed to get through the game eventually becomes second nature as the players’ next task is to navigate the ten game types that everyone knows which added twists to change up the pace of the action. The classic Kill Confirmed game mode has been changed to be Teabag Confirmed allowing the player to score points for squatting over the enemies’ faces. In addition to the standard game modes, two rotating game modes change every week in order to change up the action.

Splitgate is one that players are sure to enjoy putting a few hours into. Having recently entered its season zero event, there hasn’t been a better time than now to jump in and get the drop on your many enemies.