On The Road to Championships: 2021 Piedmont College Tennis 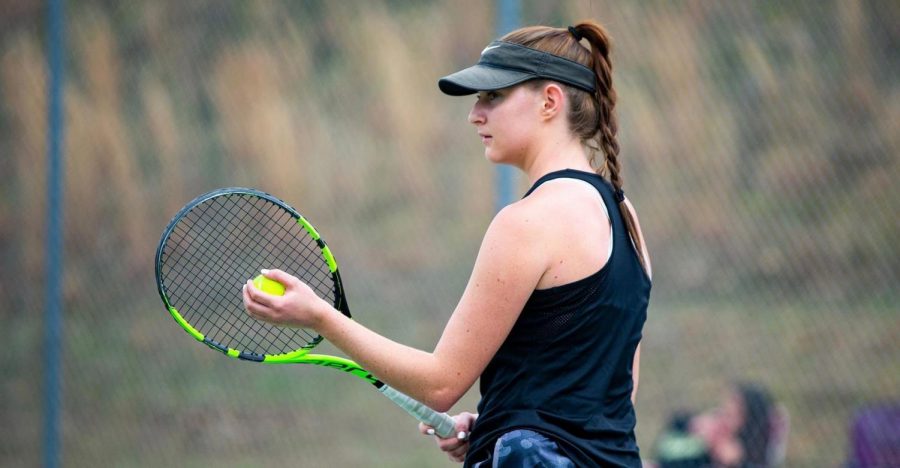 Senior Megan Waldheim is getting ready to serve. She has helped lead the Lions to a perfect 7-0 conference record on the way to the number one seed in the USA South West Division Tournament. Photo Credit: Karl L. Moore

The Piedmont College men and women’s tennis teams both recently wrapped up their regular season campaigns during the abnormal 2021 spring semester.

“Our men and women have done an absolutely incredible job managing all the different variables of the season and because of that, we were able to play a full varsity and JV schedule,” said assistant men’s tennis coach and head women’s tennis coach, Trey Martin. “They have been great about wearing their masks, remaining socially distant, and, for the most part, limiting their social activities with COVID-19 in mind.”

The tournament consists of the top two teams in each division. The tournament is scheduled to begin on Saturday, April 24. Piedmont will head to Covenant for the matchup on Saturday at 1 p.m.

The only previous matchup this season against Covenant has gone in the favor of the Scots, with the final score being 5-4. Since then, the Lions have won 9-0 and 7-2 against conference opponents Berea College and Lagrange College.

The Piedmont women’s tennis team has been a force to be reckoned with all season. They are now sitting at 15-5 overall and a perfect 7-0 in USA South conference play. This season marks the third consecutive conference regular season in which the Lady Lions have gone undefeated. The Lady Lions were 7-0 in 2018 and 8-0 in 2019.

This year, the women have adapted to the fluid schedule that COVID-19 has presented this season. Head Coach Trey Martin understands that the amount of travel has definitely taken a toll on his players.

“The hardest part of this year is the amount we had to travel in order to play this much,” said Martin. “Our schedule has been constantly changing, but our student-athletes have been managing every change and have dealt with the organized chaos.”

Just the same as the USA South Men’s tournament, the USA South Women’s tournament will consist of the top two teams in each division and is scheduled to begin on Saturday, April 24. The first round will be at Piedmont and the Lions are set to host the Huntingdon Hawks at 11 a.m.

In the last match-up against Huntington College, the Lady Lions rolled past the Hawks 9-0.

To stay up to date with Piedmont College tennis, visit piedmontlions.com.