Really Piedmont? Is that your best excuse? 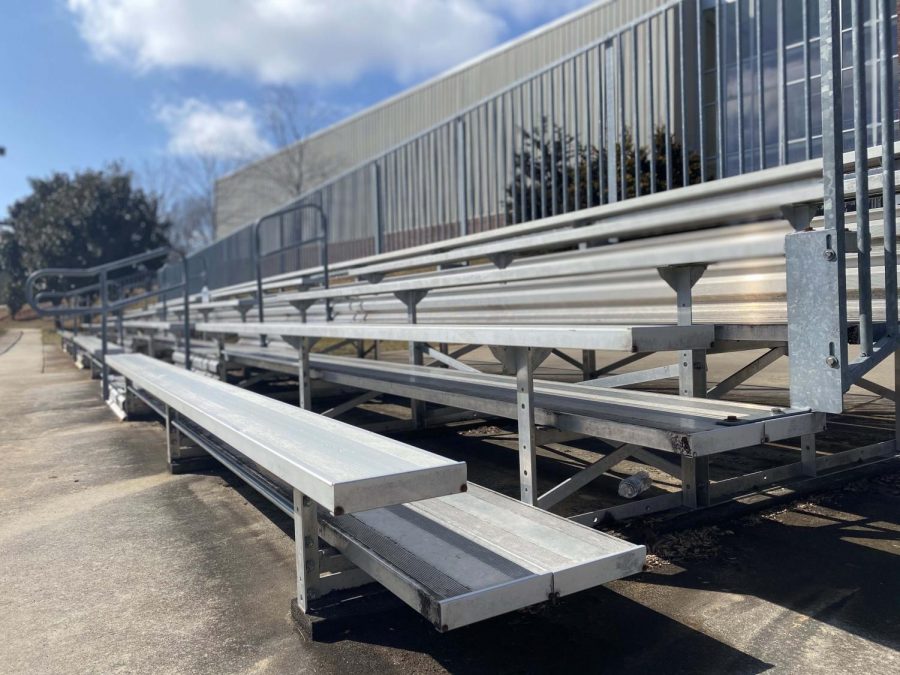 The bleachers sit empty even as athletes return to the field.

There are many issues circulating around the no-spectator policy, such as hypocrisy, a lack of communication and respect.

This policy states that Piedmont College will “not be allowing spectators at any home events, including students, faculty, staff, family members or off campus visitors.”

Yet, CAB has added a formal to their event calendar at the end of the semester. On Sept. 10 Piedmont hosted its first public theatre performance of 2020, allowing non-essential personnel to view plays, concerts and art exhibits in closed and confined areas. Just as the audience is crucial to any performance, “It is commonly accepted that cheering positively influences a team’s performance.” According to the Psychology Educator, “This is why the ‘home court advantage’ is so coveted; when playing in their home city, a team receives much more support from the crowd in attendance.”

The COVID-19 guest policy states that students may not invite non-Piedmont College students, faculty or staff onto campus with “few exceptions made.” Consequences for not following the policy, result in a judicial meeting or the possibility of a two-week suspension from school. The email that Jim Peeples, Director of Intercollegiate Athletics, sent out to the coaching staff used the COVID-19 guest policy as the backbone for the no-fan policy. Where is this policy for the fine arts department?

Despite the lack of consistency across departments, there is also an uneven pressure of concern around outdoor events versus more populated areas. COVID-19 would spread much faster across the Caf than it would an outdoor sporting game. At its busiest hour, every seat is taken by a student without a mask in order to eat. Even so, the Caf has resumed many of its pre-COVID-19 practices — including the use of the dish pit, plastic cups and real silverware. When the decision was made and students were made aware of the news, the only reasoning provided was “to keep our campus safe.” However this is not consistent. There are more students in class than the women’s lacrosse team has on their roster. The CDC has even claimed that “you are less likely to be exposed to COVID-19 during outdoor activities, even without the use of a mask.” Therefore, you are at a lower risk going to sporting events than going to class or the Caf.

From players wearing masks during every practice, 25% of athletes on each team getting COVID-19 tested bi-weekly and doing the Lion Check every day under the threat of not playing in practice or a game, student-athletes have practiced the most diligence surrounding COVID-19 on campus. There is already so much to lose and President Mellenchamp just threatened to take away what we are already fighting so hard to keep. Student-athletes should feel supported, not threatened.

The concern isn’t about the hypocrisy alone. The improper distribution of a decision that impacts a large portion of the student-body should not have been sent solely to the coaching staff to be relayed to the students. The hiding behind the coaching staff by sending a student-athlete addressed email to the coaches is unprofessional and improper. According to “Dynamics of Media Writing,” a textbook all Piedmont mass communications students are assigned, “If things come out in drips and drops, the problem will remain in the public eye longer and the public will become more suspicious of the organization.” Since the message was sent indirectly to the student-athletes, it felt like the administration was afraid of the conversation that would ensue. “Losing the trust of the audience is the worst thing that can happen, and hiding things will essentially guarantee this result.”

Not only did the email not go directly to students, but many people (students, family and fans) found out about the updated policy through social media. The impact of not hearing this heart-breaking news from the administration themselves felt very dirty. If they were going to enforce a new policy that they were confident in, then why would they not tell the student-athletes themselves?

The actions that took place Friday, Feb. 5, completely undermined the relationship between the President and the students. “If I find that the policy is being circumvented in any way, I will have no alternative but to shut down the remainder of the season,” wrote President Mellenchamp in an email addressed to student-athletes, sent to coaches. By threatening to cancel an entire season for the actions of a few, the President has shown a major discontent with student-athletes. This inability to be open to negotiations or a conversation with the student body regarding the attendance of home games shows little faith and respect towards student-athletes and their families.

Our mass communications textbook says, “Good public relations practitioners will espouse the benefits of transparency.” The lack of respect is emphasized by not telling the student body what impacted this decision.

The book also states that practitioners should “push for a full accounting of what happened and a public display of that information.” The lack of respect is emphasized by not announcing why the school policy is much more strict than the conference policy – which states that spectators should be “limited to the students, faculty, and staff of the host institution.”

Student-athletes keep being told to be thankful for what we have – that we have the possibility of playing, that the President has done what he can for us. While we are not ungrateful for the opportunity that we have, it is extremely difficult to watch our college make exceptions for other departments, and our conference allow spectators for other teams. Our concerns have been expressed to administration, but there is no communication coming back answering our pleas. There must be a solution that benefits all parties.

Please do not misunderstand the meaning of this editorial. The intention is not to bash the Caf, fine arts department or class structures, but to prove a discrepancy in how student-athletes have been treated and how we are expected to comply without challenge. We are asking for equality, for the administration to take a step back and evaluate all of the possibilities and to be included in the conversation.

So Piedmont, we haven’t really heard your excuse. Let’s talk.

—Unanimously supported by the editorial board.