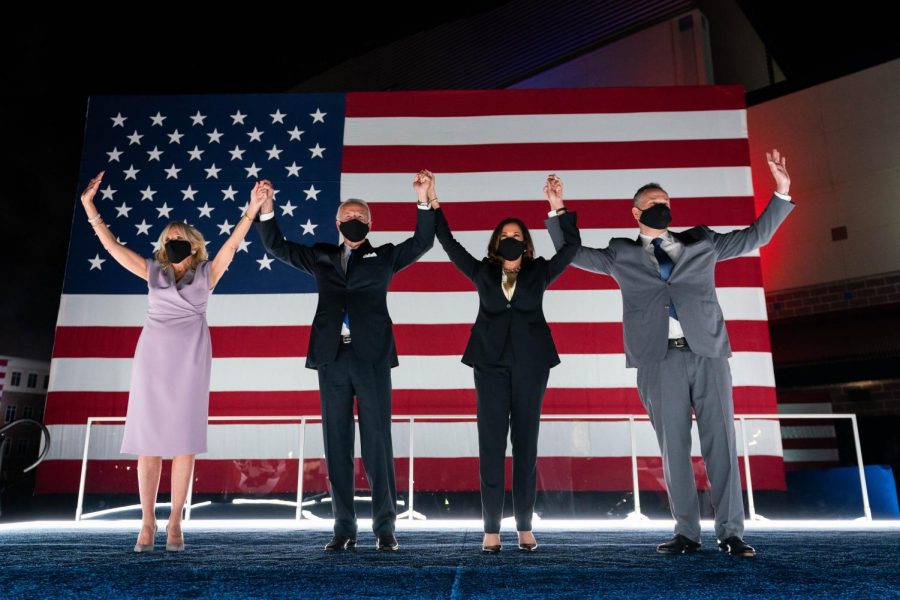 Due to COVID-19 keeping people away from the polls, an unprecedented number of registered voters chose not to vote on election day itself, but rather took their voice to the ballot box via early voting and absentee ballots. It was this uptick in alternative voting methods that drew out the election day tally’s until late Saturday morning. According to the Washington Post,  In Georgia alone, an estimated four million people voted early. Between all of the battleground states, nearly 44 million Americans cast a ballot long before Nov. 4, 2020.

Though no one had reached the required 270 electoral college votes to win the presidency on Tuesday, President Trump claimed his victory in the early hours of Wednesday morning, which was followed by a tweet storm of voter fraud allegations, none of which have proven to be truthful to date. This is the first time since 1992 that a sitting president has lost reelection.

It was the boyhood home of Biden and once-red swing state, Pennsylvania, that put the Biden/Harris campaign over the margin of victory. While Georgia heads to a recount, and hosts of lawsuits will pepper the next few months, Georgia, a historically conservative state, is projected to swing for the Democrats as well. This surprised many people who believed that the south would remain red in 2020. In the coming months, all eyes will be on Georgia as both senate races head to a runoff which will likely decide the majority in the Senate. The voter registration deadline for the Jan. 5 runoff election is Dec. 7, and early voting begins on Dec. 14.

Locally, Habersham ushered in a host of Republicans to various local, state, and federal elections. Notable, Andrew Clyde won the seat for House District 9 with 83.14% of the vote. Demorest elected two new City Council members in Shawn Allen and Keith Andrews. Habersham also voted yes on both constitutional amendments and the statewide referendum as well as renewing the SPLOST tax by a favorable margin.

Voter turnout for the 2020 general election was between 66 and 72%, making it the largest voter turnout since 1900. This was largely fueled by organizations such as Rock the Vote and Fair Fight registering, reminding, and organizing large blocks of typically underrepresented Americans on their way to the polls.

Of course, the largest victory was that of women across the country 100 year after the passage of the 19th Amendment, there will be a woman in the White House. Harris will not only be the first woman vice president, but the first Black, and the first Indian vice president. In her acceptance speech, she acknowledged the hard work of centuries of women before her.

“Tonight,” said Harris, “I reflect on their struggle, their determination, and the strength of their vision to see what can be unburdened by what has been. And I stand on their shoulders.”

This is a decided victory on the part of women’s rights activists. Her husband, Douglas Emhoff, will also break down barriers as the first Second Gentleman of the United States. He will also be the first Jewish second spouse.

Biden, the oldest person ever elected to the presidency, said he sought the office to reclaim the soul of America in his acceptance speech on Saturday night.

“Together — on eagle’s wings — we embark on the work that God and history have called upon us to do,” said Biden in his closing remarks. “With full hearts and steady hands, with faith in America and in each other, with a love of country — and a thirst for justice — let us be the nation that we know we can be.”