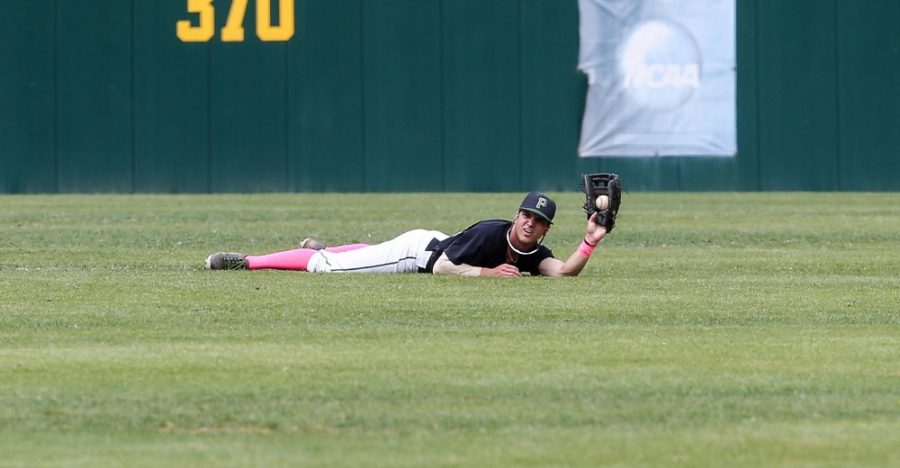 Zach Swindell is one of the many fifth year seniors who are returning to play their final season at Piedmont in the spring. Swindell was named the 2020 Piedmont Baseball Teammate of the Year. Picture: Karl L. Moore

Earlier this semester, USA South student-athletes were permitted to practice without losing a year of eligibility. Additionally, the NCAA passed a blanket waiver that stated student-athletes would not be charged with another year of eligibility if they participated for the 2020-21 season. This was a continuation of USA South’s prior release back in March 2020 that stated all competition in the Spring of 2020 was cancelled. This waiver created a unique opportunity for a handful of 2020 Seniors to come back and finish their athletic careers in the Spring 2021 competition.

Piedmont Men’s Lacrosse team has three vital players returning for a chance to win another Conference Championship. One of the returners coming back for action next Spring is their leading goal-scorer Brady Jenks. Jenks emerged as a top performer for Piedmont during his career and closed out his shortened 2020 season as the all-time school leader in points (139) and goals (114). Jenks is also a stellar student in the classroom as he was named a second-team All-Conference player in 2018 and 2019 while also earning Academic All-Conference both years.

Another player returning this year for the Piedmont Lions is defensive-midfielder Nick Burns. Burns was a solid defender for the Lions, and Head Coach Tim Dunton credited much of the team’s morale and pulse from Burns.

“Not only is he a captain of our program, but he’s also one of the most cerebral players we have,” said Coach Dunton.  “You can put him at any position and have him lock down the opponent’s best player. He has never met a challenge he didn’t like.”

Holding the team together as an anchor over the last four seasons has been their goalie Zach Czulada. Czulada is the most decorated goalie in Piedmont Lacrosse history and is one of the vocal leaders of the team.  He holds the school-record with 676 saves while posting a 59.6 save percentage. He also has the most wins among any Piedmont goalie (26) and has a career 9.41 goals against average.

“Zach has been the catalyst and backstop of our team for his entire career,” said Dunton.  “When things were going wrong, he’d bail us out and when things were going right, it was probably because he was playing well. In my opinion, he has become the best goalie in the south region over his career. I also truly believe that he is an All-American level goalie.”

Alvin Jacobs will be returning for Piedmont’s Track and Field bringing back loads of accolades and leadership for the track team this year. The middle-distance runner became the first Piedmont male and outdoor athlete to qualify for the NCAA Championships as he did so in 2019.  Jacobs holds eight school records and ran the final leg of the 4x400m relay that clinched the USA South Championship in 2019. Also, during that meet, he took third in the 800m race. In addition to those accolades, he is a four-time All-Region runner, twice in the indoor 800m and twice in the outdoor 800m.

“AJ has proven to be a true star for our program as the only male in program history to qualify for an NCAA Championship,” said Head Track and Field Coach Jamie Jimison.  “He has a very keen grasp on his abilities and limitations, and as a result, gets the most out of every single performance.”

Piedmont Baseball also has two returners coming back bringing back both skillful defending and great bullpen energy. First, Zach Swindell is coming back as a true vocal leader and important asset in the locker room. Zach was the 2020 winner of Piedmont Baseball’s “Teammate of the Year” award. Zach Swindell epitomized what being a good teammate is.

“Teammate of the Year is voted on by the players only, and it is the highest honor each season of our program awards, and Zach was more than deserving to join the prior 16 winners of this award,” said Head Coach Justin Scali.

Next Spring will provide unique opportunities for athletes both old and new to make a difference and show what being a Lion is really all about. The leadership provided by those returners will be incredible on the field, and those players true Lions who, for one more year, are going to display the perseverance and dedication it takes to be champions in the USA South.