The Legend of the Piedmont Panda 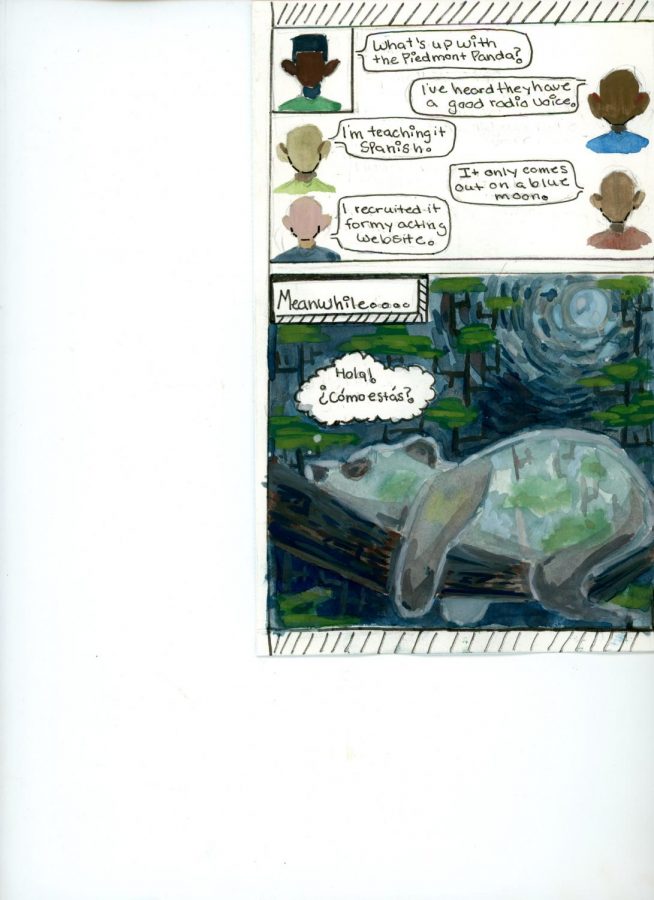 Legend has it that on each Blue Moon, the Piedmont Panda wreaks havoc among campus. Every student, professor and faculty member who have come into contact with the Panda has their own story, but these facts remain the same.

While attending the college, the Piedmont Panda made its mark. Dr. Dale Van Cantfort believed that the Panda was the most talented radio voice he had ever heard, even better than his own. Dr. Melissa Tingle, who had the honor of designing the Panda’s acting website, began to see the Panda as one of her own children. Dr. Kathy Blandin, who is rumored to be the theatre department witch, calls upon the power of the Panda to do her dark bidding. Dr. Hugh Davis, once had a close relationship with the Panda, after reportedly bringing it back from a cannibalism conference in London. Dr. Al Pleysier was one of the only professors who had a negative experience with the Panda, and at one point, tried to rid the campus of the Panda himself.

Like all students who were on campus during Hurricane Irma, the Panda was hit hard. The campus lost power, students could not shower for a week and many trees across campus came down. Many students who were bored out of their minds decided that they were going to give themselves piercings. The Panda decided that now was the time to finally get their ears pierced, because the Panda knew its acting career was over. Little did the Panda know that they would not be able to enjoy their piercings for long, because while walking across the bridge to Swanson, a tree came down and took the Panda’s life.

After the sudden passing of the Piedmont Panda due to Hurricane Irma, the Panda relocated to the swamps under the bridge to the Swanson Center. Every Blue Moon, students who are passing over the bridge can see the Panda, reliving the glory days and practicing the old stunt tricks they remember.