More than a Spanish Professor 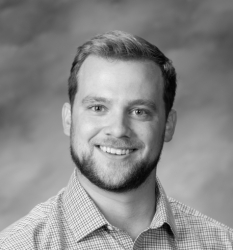 Bowers, as a college professor, has the freedom to indulge in many of his passions. PHOTO / PIEDMONT COLLEGE

College professor, world traveler, and fly-fisherman extraordinaire – assistant Spanish professor Jeff Bowers is all of the above.

“The freedom you are allowed as a college professor is liberating because you can explore different areas of your interests,” said Bowers. “Your curriculum is not as monitored, and you just have a lot more than you’re able to do.”

Bowers has been the assistant Spanish professor at Piedmont College for two years. He got his undergrad at Presbyterian College with a double major in political science and Spanish. His goal was to be a lawyer, and it wasn’t until he was at Appalachian State University that he found his love for teaching.

“Like anything, to be good at something, you have to have the motivation, and my motivation was to speak with my friend’s mom,” Bowers said.

During his sophomore year of high school he developed an infatuation for the Spanish language because of his good friend Hugo. Hugos’ mother spoke little to no English, so Bowers took it upon himself to learn their native language. His adoration for the family spurred his love for Spanish–not just as a language, but as a culture.

“I’m very fortunate because I’ve done pretty much everything I’ve ever wanted to do,” said Bowers. “I took some time off and traveled to several different countries as well as really delve into my hobbies and make those part of my income as well.”

Aside from being a Spanish professor, Bowers has a lot to offer in the form of world travel experience. He’s traveled to countries such as France, Costa Rica, Germany, Guatemala twice, and plans on going to Spain over the summer for the Maymester experience. Bowers was a fly fishing guide for four years in Boone and lived in Colorado, where he skied every day. Now he is taking a break from his adventurous lifestyle to pursue his teaching career.

“Get as much practical experience as you can, be a generalist, but also have a niche,” said Bowers. “It’s good to have something that you’re good at but also be marketable.”