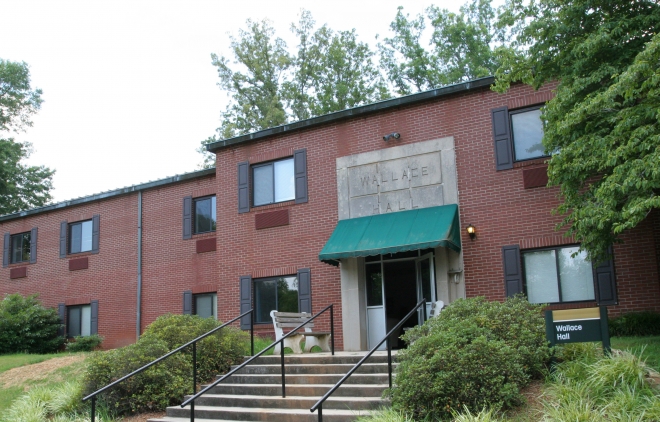 Amongst other drastic changes being made around campus this semester, Piedmont College will eliminate the option to recycle on the Demorest Campus temporarily.

Recycling at campus began in 2018 under the leadership of Dr. Debra Dooley, Professor of Earth Science, who worked in conjunction with the Student Affairs office and one student worker. At the time, their primary focus was paper recycling. This changed when Piedmont College partnered with Ecohaus Collective to begin a comprehensive program on campus in order to collect mixed recyclables, which cost $55 per month.

Ecohaus Collective is located in Northeast Georgia and promotes more eco-friendly and sustainable lifestyles. Despite recycling being added to the campus for a better change, challenges began to pile up when recycling containers began being used for trash disposal.

“The problem was campus wide but greatest in the dorms,” said Dooley. “That led to the necessity of sorting which was done by student volunteers. It was challenging to keep up with the collecting and sorting with that system.”

The issues are not just from students, though. Recycling was available in academic buildings and offices, where some faculty members would also misuse the recycling bins. Students and faculty leaving campus in March due to COVID-19 is what sent recycling over the edge. Between the misuse of recycling compartments and a deserted campus, recycling was not able to stay.

“When campus classes and student workers were suspended, no one was available to maintain the recycling on campus,” Dooley said. “Again, the process operated independently of facilities management, housekeeping, maintenance, etc.”

Since recycling began on campus, the Natural Science department hired a student worker to go around campus to pick up the recyclables from residence halls and academic buildings. He would then take the recyclables to the facilities building where volunteers would sort through what was delivered to determine whether or not it was recyclable.

Vice President of Administration and Finance Brant Wright was one of the administrators involved in recycling around campus.

“Garbage builds up and creates other issues,” said Wright. “We would have to sort out the recycled pizza boxes when somebody leaves pizza in there or empty bottles that still had liquid in them.”

Because of the pandemic, it was unsafe for facilities to continue sorting through the trash and recyclables.

“It wasn’t healthy, especially for right now during the pandemic,” said Wright. “Another issue we faced was once we started the program, there was too much trash mixed with the recycling that needed to be sorted. We’ve been doing that for a while, but it’s gotten to the point where facilities don’t have the time to do that.”

Despite the setbacks, Dooley remains hopeful about keeping recycling around campus.

“I see this moment as an opportunity for students, faculty and staff to work together toward solutions for increased sustainability initiatives on campus, the first priority being recycling,” Dooley said. The absence of recycling is unconscionable to me and I hope that those who feel the same will work together to propose and develop solutions.”

If students wish to get involved around campus to promote recycling, there are many different steps they can take. Piedmont College has the P.E.A.C.E Club, where students come together and support sustainable initiatives on campus. Another option students have is to collect their own recyclables and take them to recycling centers around the state.

Even though there are issues with managing recycling around campus, Dooley and Wright agree that this is not the end of recycling, it is merely a temporary setback.

“We decided just to postpone recycling for now,” said Wright. “We talked with another faculty member who is teaching a class in environmental sustainability, so he’s going to work with his class as well. We’re going to have ongoing discussions about how we can make it work. We’ve just got to find a better solution and maybe a different vendor to work with.”