Behind the Lens: “Wander Boys” and the Personal Connection to Capstone 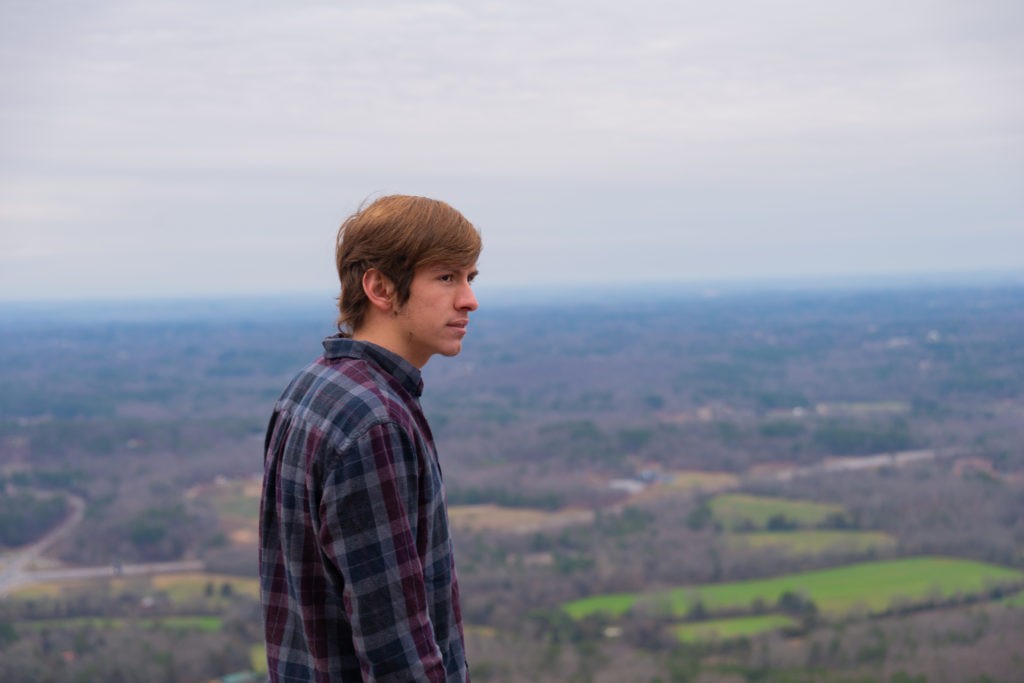 When one is choosing their capstone, especially in mass communications, a lot of questions are often considered. Can anything be done with this after graduation? Is there supposed to be a personal connection to one and their capstone? But, most importantly, what am I going to focus on?

I went through quite a few topics when I was trying to lock down a capstone topic. LGBTQ+, the history of film and several other things crossed my mind. However, when it came down to it, one topic stood at the forefront of my mind: homelessness.

Homelessness affects everyone that experiences it uniquely. Everyone has a different story to tell and oftentimes, the media takes one aspect of homelessness and glorifies it, romanticizes it, vilifies it, etc. What I wanted to accomplish when I chose homelessness as my central topic, was a media representation of what I could recognize as an accurate portrayal.

Thus, “Wander Boys” was born. The short film follows Matthew, played by junior mass communications major Garrett Stafford, as he runs away from an emotionally abusive household. As he makes his way, far from home, he meets a group of three homeless boys. Through getting to know them, he learns more about himself, the feeling of love and what the definition of a ‘home’ truly is.

The writing process for this short film came to be both a natural, and unnatural, process. Creating these characters, alongside Joey Brovont, a junior mass communications major, proved to be a more difficult feat than originally anticipated. Having Brovont’s input proved to be valuable, as he is someone who did not experience homelessness in the way that I had.

In a sense, that is what it all comes down to. Everyone’s experience with homelessness is different. In this short film, all of the characters are between 18 to 21 years of age. Coinciding with Matthew’s character, The Covenant House reports that “according to a study of youth in shelters, nearly 50% reported intense conflict or physical harm by a family member as a major contributing factor to their homelessness.”

Everyone has a different story to tell and this capstone short film is the accumulation of more than just my own. Working alongside a production team of students has added so many different voices and viewpoints to the melting pot of this film. With the themes of family, addiction and finding home in more than just a house close to its core, “Wander Boys” has proven to be a capstone that is a labor of love, blood, sweat and tears.