Does 2015’s “Shelter” Provide an On-Screen Home for the Homeless? 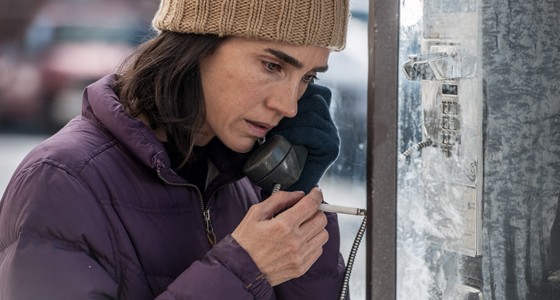 Film is a medium that provides multiple benefits. It can be the perfect icebreaker for two teens, nervous and sweating on their first date. One film can be the inspiration for an aspiring filmmaker to emulate the formula and make a film of their own. A film can also represent things that happen in the world that the viewer may not have first hand experience with and they can then gain an insight into that issue.

Homelessness is a subject that has been debated to be portrayed with an abundance of troupes and stereotypes that end up painting a less than accurate picture of what actually goes on. An example of a film that holds homelessness at the center of its plot is 2015’s “Shelter,” starring Jennifer Connelly and Anthony Mackie and directed by Paul Bettany.

The film focuses on the two central characters, Tahir (Mackie) and Hannah (Connelly). Hannah is a drug addict who does negative things, such as lie and steal to get by and get the drugs she relies on. Tahir, however, is the opposite of her character, as he is polite to everyone he encounters and performs music on the streets of Manhattan to gather their money. Tahir and Hannah begin a friendhsip that eventually devlops into a realtionship after Tahir saves Hannah from a suicide attempt.

The film premiered at the Toronto Film Festival in 2015 and gathered pretty mixed reviews. Stephen Holden, a film critic reporting from the New York Times, said, “Mr. Bettany’s sketchy, unconvincing screenplay is more interested in Ms. Connelly’s execution of exploitative stunts than in seriously examining the social crisis it purports to lament.”

Objectively, the film has been reported to favor over-the-top acting moments and the development of a romantic relationship, over portraying any sense of reality of what homeless people experience. In this sense, homelessness falls to the wayside as a backdrop for the romance that is pushed to the forefront of the screen.

In another review, harshly titled “take ‘Shelter’ from any gritty drama that casts celebs as homeless people,” Mike D’Anglo form TheAVClub.com begins his review with these sentiments; “Famous actors playing homeless people is always a tough sell. No matter how committed they may be to the role, it’s hard to suspend disbelief; the disparity between the character’s poverty and the celebrity’s obscene wealth is so pronounced that it continually gets in the way.”

This points to a bigger issue that has recently been discussed in Hollywood: casting actors in roles, even though they do not have the proper experience to fully embody a role. Of course, this can be a tricky landmine field to step across, especially for actors such as Scarlett Johansen, as many would argue that an actor should be able to portray any role a production crew sees fit.

Overall, having members of the production crew, whether that be the director or the scriptwriter, who have had first hand experience in the ‘social crisis,’ such as homelessness, can help immensely in ensuring an accurate on-screen portrayal. However, “Shelter” faltered with this and was not able to provide a ‘safe shelter’ for those viewing.