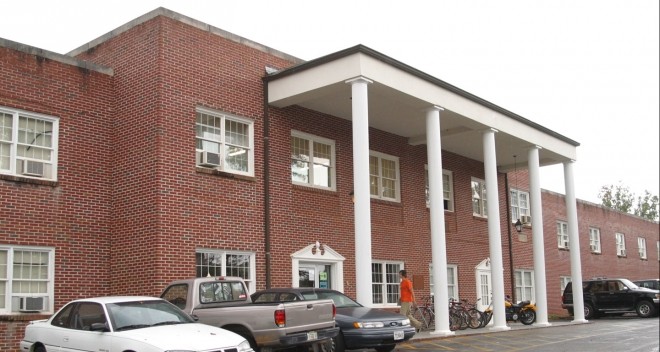 Amidst the COVID-19 chaos, Piedmont announced last week that they would be tearing down Purcell hall and replacing it with a rockwall facility, with three different rock walls inside.

“This is an exciting time,” said President Mellichamp in a recent press conference. “This is the change that will change Piedmont for the better.”

Piedmont came to this decision after going through recent surveys given to high school students that toured Piedmont. They were asked, ‘what is one thing you remember about Piedmont?’ Over 90 percent surveyed had this exact answer, “Um, I think there was a rock wall in the big building or something.”

“This decision will greatly increase the amount of students who come to Piedmont,” said Mellichamp, “because now, Piedmont will be fun and that’s what we’ve been missing for years now. We’re all going to have fun.”

To pay for this massive endeavour, Piedmont will be renting out classrooms and floor space in the Swanson center for people in the Habersham area that are looking for places to live.

“It’s going to be fun having so many more people around in the building,” said mass communications professor Dr. Melissa Tingle. “The mass comm family and theatre family just grew! We’re only requiring that they take at least one yearbook with them when they move in.”

As for those who were set to live in Purcell, they will be given tents, sleeping bags and fire starting kits on move in day. They will get to camp anywhere on campus that they want. These changes will make Piedmont the most outdoor centric college in America.

Construction of the new building is set to start this summer and will finish by fall of 2035.