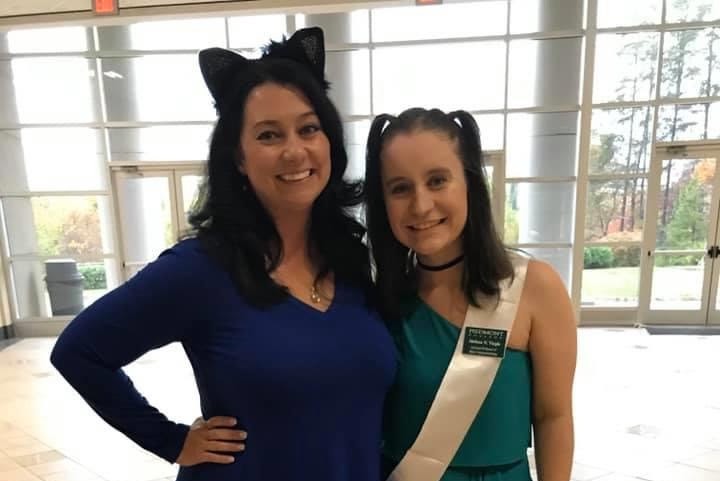 In the matter of half of a spring break that has oftentimes found itself dedicated to beach trips, partying and possible illicit activities, the world has found itself ravaged by a different kind of Corona. The Coronavirus, currently on its world tour, has affected the population at a rapid rate. However, America may have just found its savior in a Piedmont college mass communications professor: Dr. Melissa Tingle.

“When I first heard about this virus, I was like, say what?” Tingle said. “There’s no way that one brand of beer could cause this much damage in such a short span. Go ahead, show me the research. And then I realized, that’s just a name. Turns out, there’s a lot of data on this.”

Dr. Tingle joined the mass communications faculty at Piedmont just two years ago, but has already made her mark among the students and fellow professors. She has established herself as a strong pillar for the students, the faculty and overall, Piedmont, to lean on.

“It might seem like a lot to take on, but that’s just how I operate.” Tingle said. “The people make Piedmont great, so if I can help them in any way, it’s really no problem. Yeah, more work is no problem. At. All.”

Although Tingle has been known to be a source of reassuring love to students who are facing any kind of struggle, she has also been known to ‘tell it like it is,’ favoring brutal honesty over spared feelings. This is precisely the strategy that Tingle intends to use in order to help put a stop to the Corona.

“What I tell my students that have hit a sort of wall is, I love you, but you’re garbage.” Tingle said. “Like, I know they’re capable of great things, but at this moment, they’re being garbage. So, that’s what I want to tell people that have hoarded all of this toilet paper and aren’t socially distancing to flatten the curve of this. You smell what I’m stepping in?”

Students believe that Tingle is not stepping in what toilet paper often aids in the disposal of; she’s stepping in the right idea.

“If anyone can tell these people to get it together, it’s Dr. Tingle.” said Laura Alyssa Platé, senior assistant to Dr. Tingle. “One time she told me I needed to get to it together, and suddenly, my life was ten times better. Truly a miracle worker.”

Although Tingle has preached the word of ‘social distancing,’ that doesn’t mean that she isn’t planning some get-togethers when the Coronavirus pandemic comes under control.

“I have full faith that, combined with our amazing doctors and nurses, common sense and my powers, COVID-19 will soon cool down and we’ll be able to return to some sort of new normal,” Tingle said. “It’s a process, but everything is in life. When all this gets under control, we’ll roll up to the Swanson screening room and make some non-alcoholic quaran-tini’s.”