Once a Jaguar, now a Lion: Shining the Spotlight on Dr. Kim Crawford 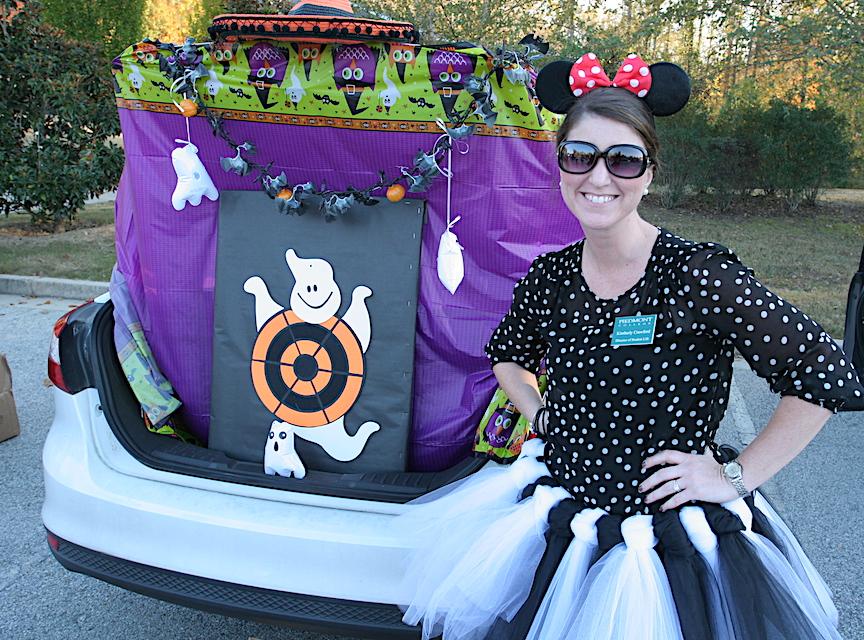 Ten years after the then 24 year packed up and moved nine miles from the Texas-Mexico border, Dr. Kim Crawford is advocating for students at Piedmont in her newly acquired role as Dean of Student Life and Leadership.

“I got hired on a phone interview. I literally packed up and moved across the country,” said Crawford. “My parents thought I was crazy, and to be honest I probably was. I was 23, 24 and I knew one person.”

In 2009, Crawford had just graduated from the John H. Landsberry School of Education at Georgia College with her masters when the state of Georgia cut $3 billion in education funding from the budget. Unable to find a position in the K-12 school system, Crawford decided to apply anywhere that had an opening, including South Texas College where she found a home as the Student Activities Director.

“When I went to work at STC, it helped me because I was in the minority at that point,” said Crawford. “I feel like having that experience, being in that predominately Hispanic area, really helped me develop my leadership skills. It was very humbling. It was also there I developed a love for first-gen students. It was the first time in my life where I felt like someone needed me and I needed to be selfless and serve them in whatever capacity that I could. I think that at that point in my life is when I developed my sense of advocacy for students, since their parents didn’t know how to advocate for them.”

This sense of advocacy has not gone unnoticed by students during her tenure at Piedmont either.

“What is interesting about Dr. Crawford is that she is a true educator,” said Piedmont alumni and former Student Body President, Kanler Cumbass. “No, Dr. Crawford does not serve as a faculty member, but she has taught me several life lessons that extended my undergraduate education beyond the classroom. She is a champion for students, all students. She is honest, confident, and a mentor. I appreciate her helping me grow into the person I am today.”

Cumbass said Crawford’s dedication to students inspired him to pursue a career in higher education. In this way, Crawford is mentoring her students the same way those around her mentored her as she found her place in the world of higher education.

“When I was at STC my president was a female. She was very inspiring, and she had her (doctorate degree) in Educational Leadership so I thought, ‘Oh let me do what she’s doing.’ So, I did,” said Crawford. “I wanted to finish it before I was 30, but because I ended up getting pregnant and moving to Georgia, I didn’t quite make my deadline.”

Crawford believes all of her students are her kids, but goes home to two other little boys, Kaiden (4) and Kohen (7 months).

“I take my job as a mom really seriously, whether that’s my job as the mom of 1,200 undergraduate students or that’s when I clock out here and go home to my second job as the mom of Kohen and Kaiden,” said Crawford. “I try to be the same person here as I am at home. I want my children to see you can be who you are no matter where you are.”

One of the ways she accomplishes this is by being the voice of the student body. Crawford does her best to advocate for students on their behalf in meetings students are not always invited to.

“Since transitioning to Dean in the last two months, sometimes I’m able to be at the table for some of the hot button topics, and I always try to be the voice of the students and make sure the administrators at least hear the concerns students might have,” said Crawford. “Asking them if they have thought about how students will feel or asking them to at least communicate with them. I try to advocate for our students always. You can’t win them all, but I always try.”

This is not just a goal for Crawford, but is widely regarded as a fact of life by her colleagues, students, Piedmont alumni and her boss.

“Dr. Crawford embodies the values which make Piedmont College distinctive,” said Vice President of Enrollment Management Perry Rettig, Crawford’s direct supervisor. “Not only does she have a vision of the student experience, she is pragmatic in the sense that she is able to put her vision into practice. Dr. Crawford has earned a tremendous reputation with both students and her faculty and staff colleagues. I am most appreciative, perhaps, of her innate ability to give voice to students and to challenge them to excel in their pursuits.”

When being the voice of students, she relies heavily on her own undergraduate experience and the work she did for her doctorate of education.

“I started undergrad at a private liberal arts college a lot like Piedmont. I played basketball. I got involved with many different student life organizations and tried to gain more experiences than just being an athlete. I really enjoyed my undergrad experience,” said Crawford, who was also the copy editor for the Colonnade student newspaper at Georgia College.

Crawford claims she has no idea how she does all of the things she does, but believes a lot of it is her ability to get the most out of her workday and stay focused. She and her husband made vows when they got married to never bring work home, which fuels her to get as much done as she can while she is at school.

“I drink a lot of coffee,” said Crawford. “It is hard to be a female in leadership. It is hard to be a mom and work. I also commute 30-40 minutes. It’s hard, but you just have to do it. Sometimes that means I’m here until 8 o’clock at night, but I don’t want my kids to see me working. I want to be present with them when I’m at home and in the moment.”

Crawford credits those who saw something in her when she was still in school for her being where she is today.

“I work hard and set goals for myself,” said Crawford. “But if you had told me 10 years ago, I would be the dean here I would have been like, ‘Yeah right.’ Sometimes you just have to have someone that sees something in you so it’s easier to see it in yourself. My dad thought I was crazy, but now he says [moving to Texas] is probably the best thing I ever did, and it was. That was probably the moment I developed my true passion for students.”