The Original War On Christmas 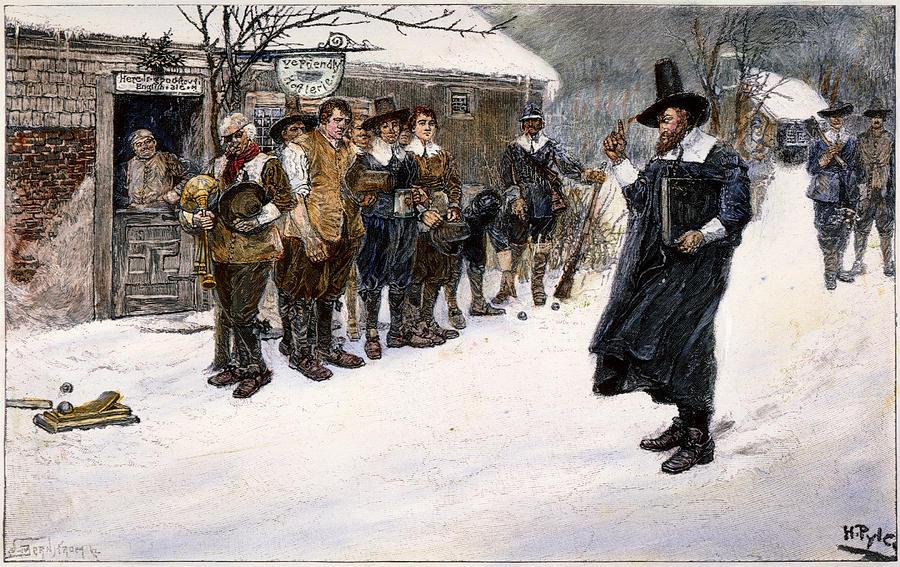 As we go into the month of December, we’ll occasionally hear
from people about “the war on Christmas” and the holiday being divorced from
its Christian roots. From fears of over commercializing the holiday to
Starbucks changing their cups to the expression “happy holidays,” many of us
among the student body can scarcely remember a time there wasn’t some new
controversy surrounding the holiday of home and hearth.

But there was a war on Christmas far into our past. Not just
in some far-off country, but in the kingdom that we eventually broke away from.
England in the 17th century was awash with religious strife between
sects of Christians. With the Protestant Reformation spawning new sects to
challenge the authority of the Catholic Church, Catholics in England became
fewer and fewer in number. Before, in the 16th century, King Henry
VIII broke away from the church and created his own sect so he could annul his
marriage to Catherine of Aragon. Then, when Queen Elizabeth I failed to provide
an heir, the Tudor line died out and the Stuarts were imported from Scotland.

King Charles I married a Catholic wife and enacted religious
policies favored by the Catholics, which generated much resentment from the
Puritan sect majority within England. This would culminate in the English Civil
War, which saw Charles I executed and England become ruled by the parliament
for over a decade. During this time, many members of parliament were deeply
Puritan and preferred a lifestyle against excesses, especially ones associated
with the Catholic Church.

Many of these excesses – such as feasting, merriment, and
drinking – were abhorred by the devout Puritans. The Puritans wanted to devote
more attention and popularity towards Easter and wanted Christmas to be
reserved for fasting and penance. In June of 1647, Parliament declared feasting
on Christmas and Easter to be outlawed, as feasting was seen as giving into
gluttony. Soldiers were even tasked with going into peoples’ houses and
breaking up the celebrations. Caroling was a crime. 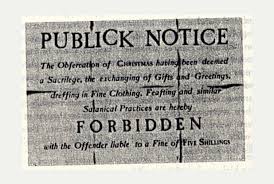 The festivities we now know to be associates with Christmas were at one time outlawed. PHOTO / Openculture.com

This ended with a period of political turmoil. Following the
civil war, a member of parliament named Oliver Cromwell would take absolute
power in England, only to die without much of a way to fill in the resulting
power vacuum. Charles I’s sons were returned from exile, only this created yet
more problems. Charles II converted to Catholicism to make an alliance with the
French, only for him to later die unpopular and James II to take over. James II
was more overt in his support for Catholicism, which prompted another reaction
from the Protestants in the form of the Glorious Revolution.

The Stadtholder* of the Netherlands, William of Orange, was
invited by the Puritans to England. After another war, William II became the
King of England. Being a mainland Protestant, William still went along with the
Puritan ideals, but still went against the grain. And in 1688, Christmas was
finally re-legalized.

This story goes to show that Christmas was indeed persecuted at one point in history, however it was by other Christians following their own view of scripture. Although any modern Christmas controversies simply have nothing on the English Civil War. This ban and the larger event had many other consequences, such as the large population of Catholics in Maryland and the first ever political parties in the parliament system, the Whigs and Tories.

*Stadtholder was the Chief Magistrate of the Netherlands.