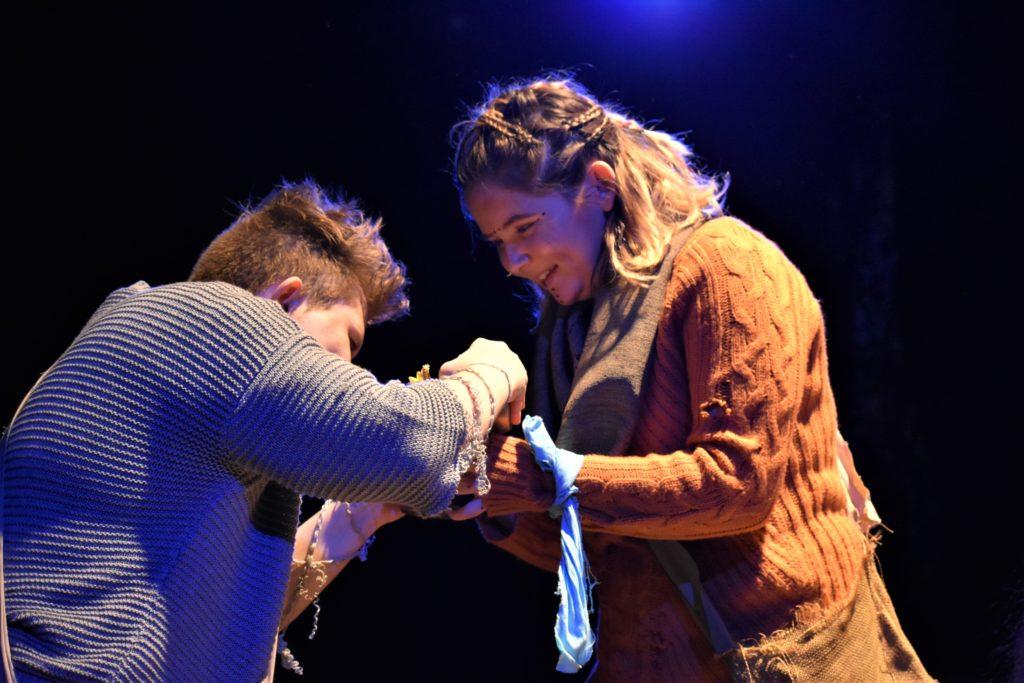 Stuck in a ravinging and selfish society, Kira learns to be strong, believe in herself and the good of others despite her impairment. Kira is played by Lizzy Carver in Piedmont College’s ongoing show, “Gathering Blue,” which faces the prejudice of people with disabilities in society and the pain of losing loved ones.

Instead of the mainstage theater, the show takes place in the Blackbox Theatere – a room with all black walls and flooring with foldable chairs for the audience – which allows for more creative freedom for the director. Professor Kathy Blandin completely utilized the space – the audience is engulfed in the drama. The cast runs back and forth before you as the action unfolds. The music is like surround sound, elevating all of the emotions.

Highlighting the soft and the strong, the good and the bad, Blandin also utilized color and lighting to perfection – setting the mood and the tone and the eeriness of the woods. Besides the sandals being a little too modern, the costumes fit the story and the characters wonderfully, capturing each character’s personality and cementing their roles. 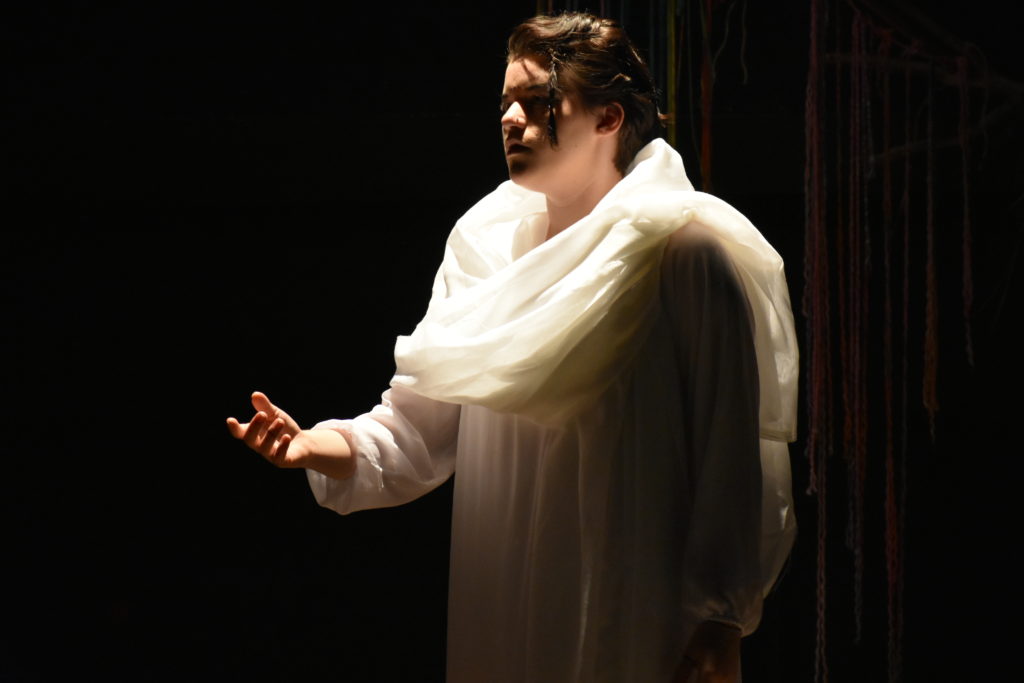 The acting was nothing less than extraordinary, each cast member gave a passionate performance. It truly felt like if you caught the eye of one or two actors they may jump into the audience and get in your face. There was laughter, there was love, there was empowerment and the abuse of power bottled up and contained in an hour and a half show. Jamison, played by Carson Letner, establishes his role as a force to be reckoned with, while Lizzy Carver establishes her role as someone who should not be underestimated.

“Gathering Blue” is very intriguing and will most likely make you cry. The story builds up so beautifully – creating friendships and heartbreaks along the way. However, there could have been more – a scene that would’ve added to the raw emotion of the play wasn’t added. Instead they focused on the reaction of the events that happened in the scene. Understandably, this is also a limitation of theatre where you can’t always do everything the scripts are entitled with. Not everything is humanly possible.

The storyline of “Gathering Blue” has such an inspiring attitude in the heart of turmoil that you are left wondering if the end is just the intermission. Intentional or not, it is symbolic of the continuation of life after the resolution of a conflict.