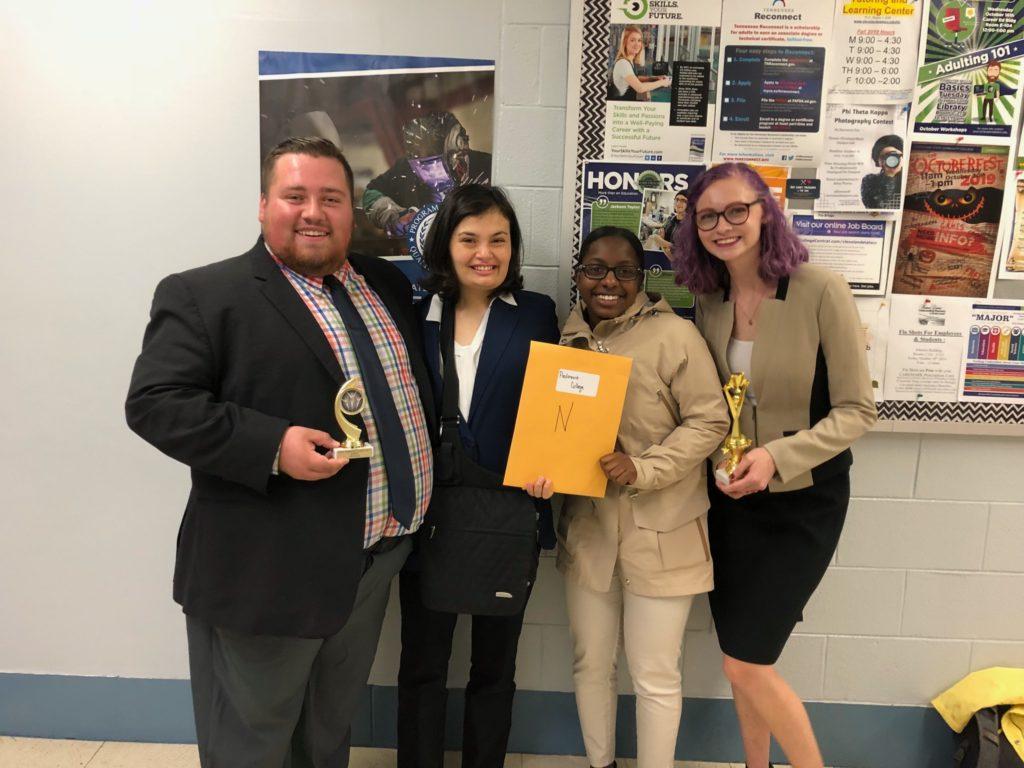 The Piedmont College Speech and Debate Team ended their fall season with great success. The team, which competed at the Cleveland State Community College Forensics Classic on Saturday, Oct. 19, competes through the National Forensics Association. The NFA is an academic association that provides leadership in intercollegiate speech as well as debate education in the United States. The team, led by Dr. Janice Moss, have two members who advanced to the final round in their respective categories.

Maggie Belle Hudson, who placed second in dramatic interpretation, is one of the students who qualified for the 2020 NFA National Tournament. This tournament will take place in the spring of 2020 at the University of Wisconsin-Whitewater.

“My favorite experience from the tournament was definitely when they posted the list of who was a finalist after all the events finished,” said Hudson. “I saw my name on the list, it was spelled wrong, but it was there! The toughest part would probably be all the anticipation. I only do one event while a lot of the people at these tournaments do like three or four, so they’re always busy.”

Dakota Stockton also qualified for the NFA National Tournament. Stockton placed fourth overall in extemporaneous speaking. For this category of speech, the speaker chooses one of three topics and then has thirty minutes to prepare a seven minute speech.

Alongside Stockton and Hudson, Nicole Thomas and Jaela Dodson competed in dramatic interpretation and impromptu speaking, respectively. The team’s next competition will be held in Jan. 2020 at University of North Carolina at Charlotte.

“One of the greatest joys about being involved in speech and debate is seeing our students transform from hesitant speakers to confident communicators,” said Dr. Moss. “Speech and debate teaches our students to be critical thinkers. And it encourages them to organize their thoughts. These are valuable career-enhancing skills.”