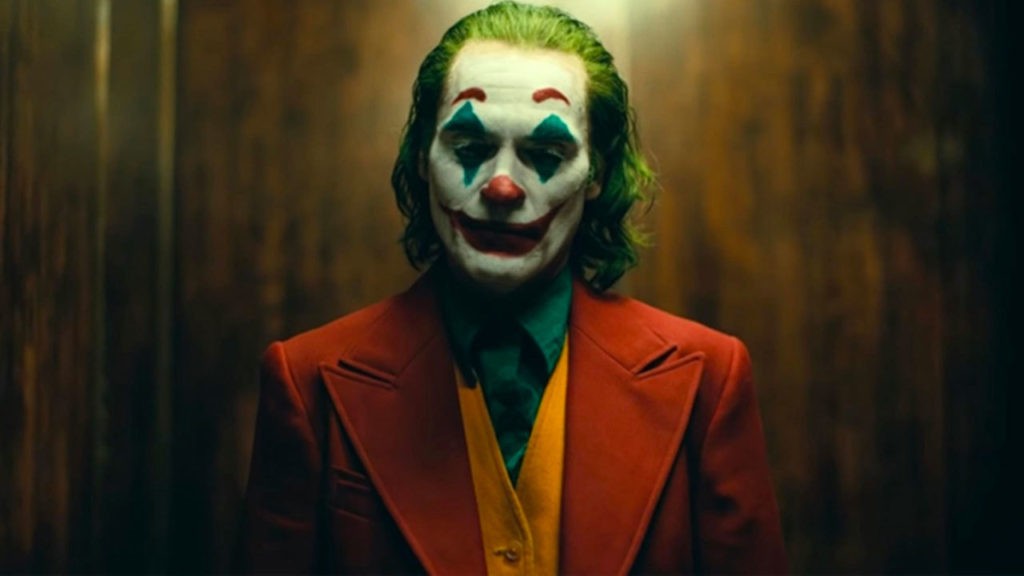 2019’s box office smash “Joker” was hyped up considerably before its release on Oct. 4th, 2019. The movie has since broken records and garnered a large amount of box office revenue, but has received mixed reactions from the audiences. The Roar staff is no exception, as features editor Garrett Stafford and Executive Director Nathan Blackburn go head to head with their differing opinions in their reviews below.

The Joker is one of cinema’s most iconic villains. Making his first onscreen appearance in 1966, Batman’s greatest enemy quickly became a household name. With legendary performances by Cesar Romano, Jack Nicholson, Mark Hamill and of course Heath Ledger, taking on this role is a monumental up taking. Joaquin Phoenix, with the performance of a lifetime, adds his name to that list.

“Joker,” directed by Todd Phillips, stars Joaquin Phoenix as Arthur Fleck, a struggling comedian who suffers from a condition causing him to burst into laughter at random moments. Fleck’s life quickly spirals out of control, with everything that can go wrong in his life going wrong. This causes Fleck to take on the persona of the Joker.

Joaquin Phoenix’s acting in this movie is phenomenal. Without him this is still a very good movie, but what Phoenix brings to the table ascends the movie from good to excellent.  You feel bad for him, and in some way you understand what he’s going through. Phoenix makes this villain come out to look like the good guy. He does horrible things throughout the movie but somehow you’re still rooting for him. And his Joker laugh is just incredible. He brings the emotions of pain and suffering into a laugh. Arthur Fleck has no control of when he laughs, so when he laughs at inappropriate times, you can see how much it hurts him. 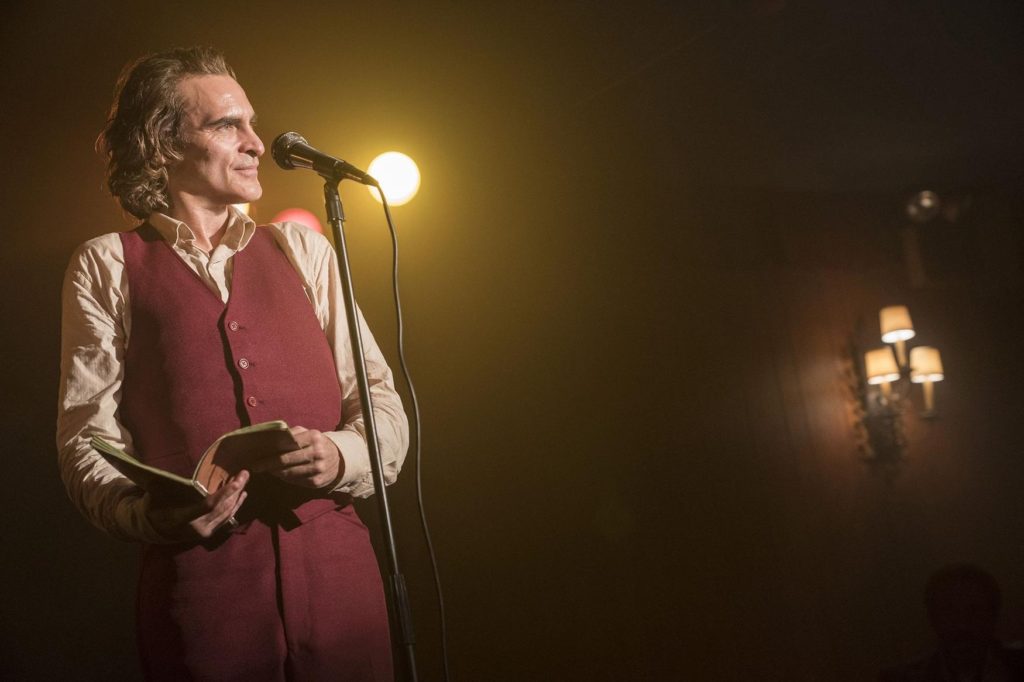 Phoenix’s acting isn’t the only thing that makes this movie great, the music and the score fits perfectly and plays a role in the movie. The score makes tense scenes that much more intense, and plays a role on how you feel when watching a scene. Songs like “Smile” by Jimmy Durante and “That’s Life” by Frank Sinatra fit so perfectly they feel like they were written for the movie.

Mental health is heavily addressed throughout, one of the most powerful lines and one of Fleck’s jokes being, “The worst part about having a mental illness is people expect you to act as if you don’t.” This movie shows that our society doesn’t give the attention to people with mental illnesses that they should. And if people with these problems act like nothing’s wrong, it is easier to ignore. The way the movie presents such a serious topic is not forced, it’s just another hurdle Arthur has to deal with.

I highly recommend experiencing this for yourself.

On its premiere night, I decided to go and see “Joker,” the now notorious Joaquin Phoenix-headlined film. The movie had been wrapped in speculation and even a little controversy ever since the first trailer had been released. As someone who, admittedly, has very little context to the Batman universe, I was intrigued to see what this movie would deliver.

What it did deliver was a movie that, while technically sound, fell into the trap of adopting the theme that ‘darker is deeper,’ while struggling to bring itself back to the surface.

Before delving into the glaring negatives to be found in “Joker,” there are a lot of positives to counterbalance. As far as behind the scenes, technical aspects are concerned, the film excels. The camerawork, various angles and maneuvers translate well on-screen in conjunction with the plot progression.

The soundtrack and Phoenix’s performance are the standouts of the film. Both the original soundtrack recordings and the existing songs that were selected add a richness to the screen that apply to all the senses.

For Phoenix, it’s clear that he took this role very seriously. As almost the entirety of the film showcases Arthur Fleck, Phoenix’s character, as the central character in frame, Phoenix had a large weight on his shoulders to deliver. In short, he delivers in spades. 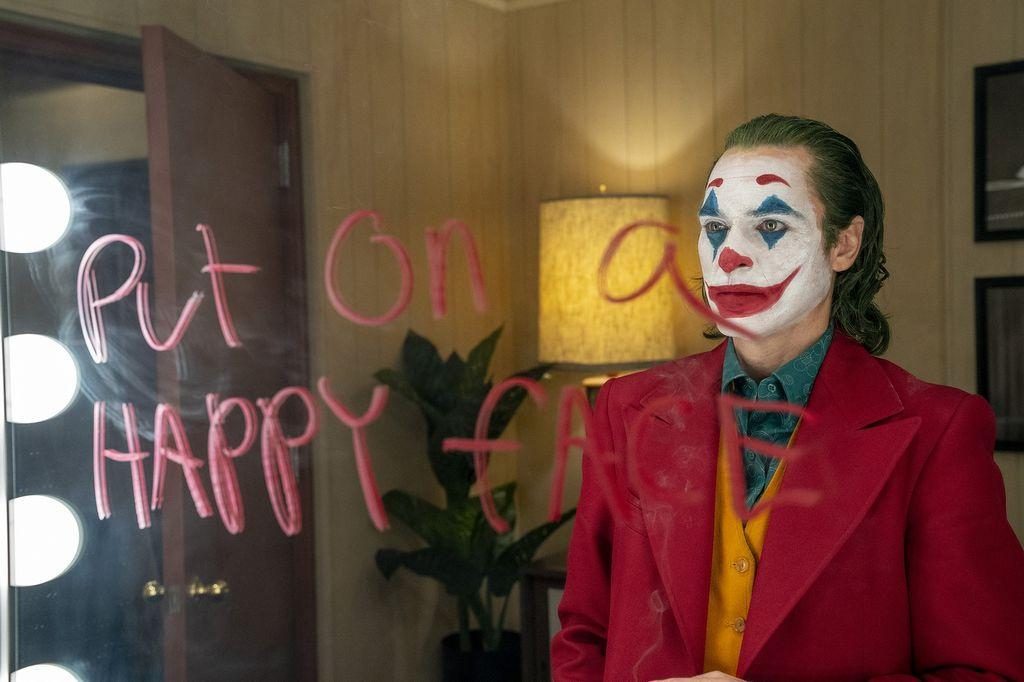 Joaquin Phoenix lives by the mantra ‘put on a happy face’ during his electrifying performance in “Joker.” [Handout photo by Niko Tavernise/Warner Bros. Pictures]

Phoenix is able to deliver a captivating performance, even with the film’s fatal flaw in play. The flaw being, an attempt to dive into themes that are superficially ‘dark and deep.’ Unfortunately for “Joker,” the waters here are too shallow to dive in without injury.

The central theme of the film is the mental descent of man. How much can one person take in their lifetime before they inevitably snap? Although this has been explored several times before, “Joker” takes it and runs with it, ignoring providing sufficient background context in favor of the shock value of, ‘what will Arthur do next? How long until he just completely loses it?’

Family troubles, mental illness and living in poverty are slapped on Fleck’s character in an  attempt to swing the audience in his favor, so that his actions are excused and even glorified. To a point, this is fair. However, to the extent the film takes Fleck’s descent into madness via isolation, the motivation behind his actions simply isn’t enough.

This takes the film from a gritty exploration of the deterioration of the human psyche, to a glorification of violence and tired ‘my damage is my excuse’ tropes that have been ‘shot’ to death in film.

Obviously, the film’s performance at the box office proves that I’m in the minority here. Globally, the film has made over $730 million, while only having been in theaters for three weeks. Luckily, “Joker” isn’t a completely irredeemable viewing experience. It’s unfortunate that it falls so short contextually, but, as Frank Sinatra croons, “that’s life.”