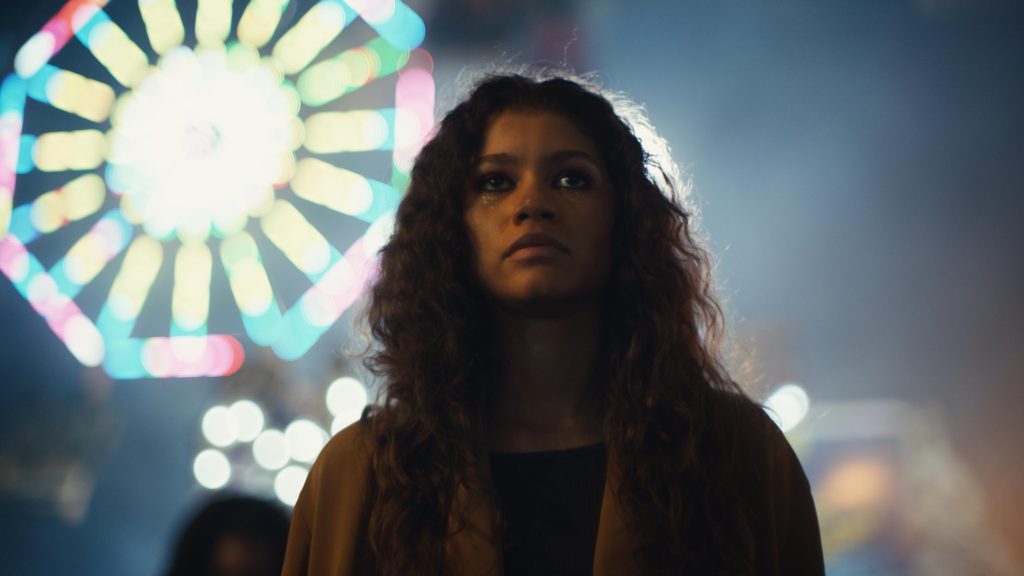 Zendaya in a scene from "Euphoria."

Zendaya’s riveting new HBO series, “Euphoria,” gains attention by highlighting the darkest sides of the modern high school experience. Even though the plot lines are entertaining, not all of them are realistic for what today’s teens deal with.

While some high school administrators assume that all teenagers spend four years using their left hand to cut lines of cocaine and their right hand to claw towards a diploma, most high schoolers can barely find the money for a vending machine, so hard drugs are definitely out of the question. Most of the characters highlighted in the show, including Rue, played by Zendaya, represent the few students in every school who get mixed up in some things that are way over their heads.

Much like “13 Reasons Why” toed a thin line between addressing issues with bullying in schools and glorifying suicide, “Euphoria” can be a little on the fence with its stances on drug use, underage sex and child pornography. The show jumps back and forth between colorful scenes from Rue’s perspective while under the influence of psychedelics, and the heart-wrenching depictions of how it’s tearing her family apart.

Within a few episodes, things quickly move past what you’d expect to see in a high school drama, and more towards something out of “Narcos” or “Pretty Little Liars.” It’s almost like the writers took every awful story of child abuse or endangerment and chose to put it on screen in the most unabashed way possible.

This doesn’t apply to just Rue’s story. “Euphoria” also shows quite a few other stories, some of which are a little controversial. Cassie Howard, played by Sydney Sweeny, is a minor whose boyfriend pressures her into sending nude photos. Rue, acting as the show’s narrator, comments on this by calling nudes a new kind of “currency.” This is only one of several risque statements made in the series that make the audience wonder where to draw the line between harsh realism and casually talking about child pornography.

The show tends to push things just a bit over the line of what is realistic for a bunch of 17-year-olds, which arguably adds entertainment value but may also take away from the likeability of characters. Take Nate Jacobs, played by Jacob Elordi, for example. Loki from “The Avengers: Infinity War” is an effective anti-hero. Nate, who follows in the violent and controlling footsteps of his father, makes it very hard to empathize with his unhealthy childhood relationship with his family. But that’s the difference between sci-fi and teen dramas.

“Euphoria” was certainly an entertaining show, but even though it has the occasional humorous moment, it follows several very upsetting storylines. The characters’ struggles are hard to watch, no matter where your opinions lie. If dramas that showcase the harshest realities of life are your thing, then “Euphoria” is definitely a series worth checking out. If you’re more into lighthearted shows, you should probably just take that time to rewatch “Friends” one more time before it’s taken off Netflix.