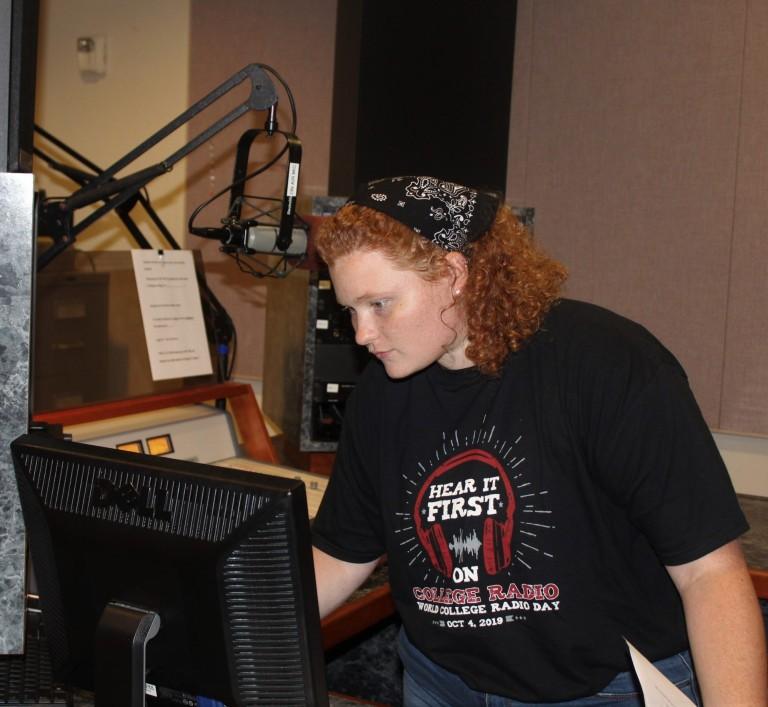 On Oct. 4, Z98.7FM, the student-run radio station at Piedmont College, joined this years festivities for the ninth annual celebration of student radio with nine shows of their own, including a show hosted by Joe Dennis, PhD, the Department Chair of Mass Communications. Dennis, who was involved in college radio when he was an undergrad, encourages students to take part in student media, especially radio.

“It’s important because college radio is one of the last places where you can hear freeform radio and new music over the air waves,” said Dennis. This sentiment was echoed by the Executive Director of the Roar.

“College radio is important for us, because it’s one of the few mediums we can use to fully express ourselves,” said Nathan Blackburn, a senior mass communication major. “Shows can be about any topic under the sun, and our voices carry so much impact over the radio. We get to meet and interview new people, report on breaking issues as they happen and express ourselves freely. A lot of people think radio is a dying medium, but that’s just not the case. Through things like podcasts and online streaming, radio is still kicking and is still so important to us.”

“College radio is a way for me to express myself but also it’s when I feel the most comfortable,” said Caitlin FIsher, a senior mass communication and theater double major. “Through performing my own radio shows, I’ve found what I want to do after college and it’s a way for me to become a stronger radio personality. College radio is a great form of growth and connectivity that anyone should partake in when given the chance.”

Savannah Richards, who is known on the air as “Rose” Richards, helped Station Manager Tracy Marion Mealor, who hosts “Tea Time With Tracy” every Tuesday at 11 a.m., put together this year’s event. During this time she hosted two separate shows, totalling three and a half hours on air.

“[College radio] gives college students a creative outlet to put out what we want to hear instead of what adults or other people in the industry think we want to hear,” said Richards, a sophomore mass communication major and Assistant Station Manager for Z98.7FM.

Other students take their time on college radio to expose their peers to music they might not hear on larger stations.

“For a lot of people, it’s an opportunity to play music that isn’t really heard of,” said Sage Shirley, a sophomore mass communication major on air during World College Radio Day. “You don’t always get to hear much variation or smaller bands that don’t make the top ten on the charts. We have more leeway with what we play here because we know the audience we are catering too.”

No matter the reason students found their way to college radio, the opportunity to share a part of themselves is not taken lightly. Students are often found hours after the Swanson Center closes, reportedly until Campus Police asks them to leave so they can lock up, preparing for their shows. World College Radio Day is an opportunity for Piedmont students to really showcase all of their hard work.

“World College Radio Day is a really important day of the year for all of us who are involved in this,” said Richards. “Even though we only broadcast for five miles around the college, unless you listen online, it’s still really nice to get a chance to show a little bit of who you are.”

Z98.7FM streams live each day off of piedmontroar.com or in the car on campus. For more information on creating your own show or to find out more about the radio shows already on the air, contact Station Manager Marion Mealor, at [email protected]