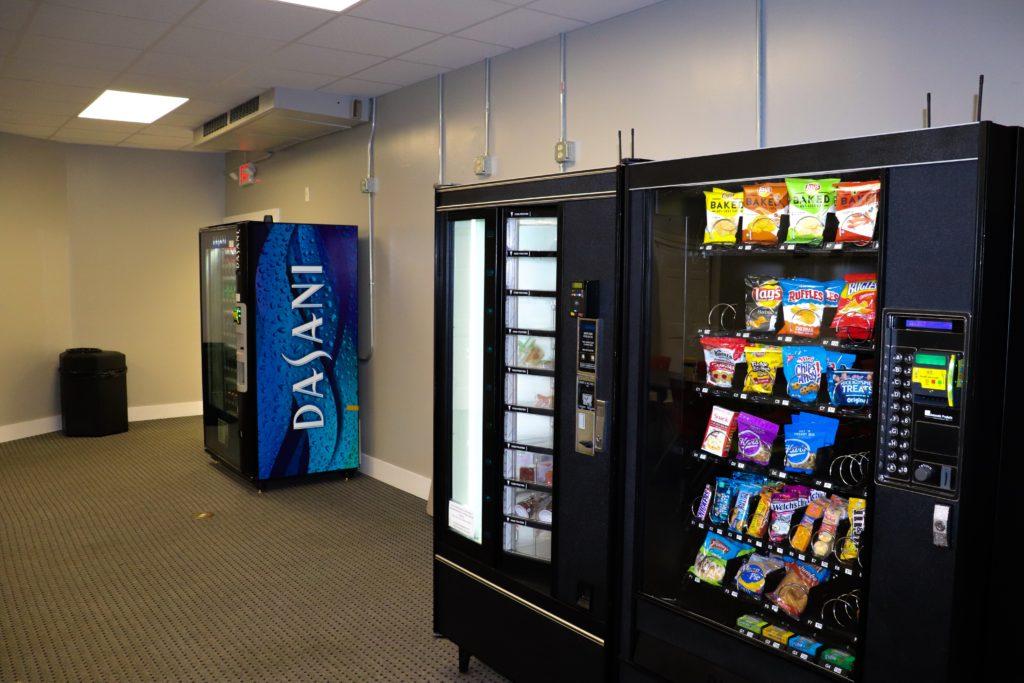 After years of owning the title of the “Daniel Hall Dungeon,” Piedmont’s Student Government Association upgraded the commuter lounge into a cozy “third space” last semester.  The renovated lounge was dubbed “The Lions Lair” in October 2018 and included new furniture, decor, upholstery and a series of brand new Smart Market vending machines.

These highly-publicized vending machines offered more than the average Coke and a candy bar that got stuck between the glass and the mechanics.  Piedmont’s Smart Market included a wide variety of snacks, drinks, desserts and lunch food. But when students returned to campus this semester, these machines had disappeared.

“It wasn’t quite as successful as we had hoped with the sale aspect,” said Ann Sutton, assistant to the Vice President of Administration and Finance. “We had hoped to kick it off earlier in the semester.”

The wall of Smart Market machines was replaced by two run-of-the-mill vending machines over the summer 2019 semester.

“[Smart Market] was supposed to have been a tested product that we had, and we ran into nothing but problems,” Sutton said. “We didn’t really sign an agreement, we were able to change it out with another vending company and they now have two machines [in the commuter lounge] and Coke is supposed to bring another.”

“Because the sales weren’t as great as they [the Smart Market vending company] had anticipated, we weren’t getting the service from the vending companies to fill [the machines] with product. Half the time, they were half-empty, and that just continued, and it didn’t get better,” Sutton said. “The company that was supplying the food was coming out of Athens to deliver, so they were just coming once a week. They weren’t keeping products fresh, they were disappointed because we didn’t have the sales, and we really didn’t know what to do to get people to go downstairs and buy [from the machines].”

The machines had a credit system that allowed students to create a Smart Market account and store funds in the system, which could be accessed via a pin number, thumbprint or a Smart Market card. When Smart Market left Piedmont, so did those balances. Any students with remaining credit were refunded.

“Every student that had a remaining credit got a notice about two weeks ago to come pick it up.” Sutton said. Those who received a notice regarding their balance should visit the Student Accounts office to collect their refund or satisfy their balance.

“As soon as we have more machines– as soon as we have it set up downstairs– we’re going to push out to everyone to go by and use that space. It’s a wonderful space.” Said Sutton. “Come by and use the space and pick up some of the products out of the machine and test them. If there’s something [the students] want to see, let us know, we’ll see if we can get it into the machines.”

A new vending company will take over the supply of the Lion’s Lair vending machines. Sutton says that the new company has better prices and a healthier selection.

“If you look at the machines, there’s very limited product in there, so that’s what we’re trying to get: a variety of products [to] fill it,” Wright said.The office of the Vice President of Administration and Finance encourages students to send suggestions regarding products in the vending machines to [email protected]