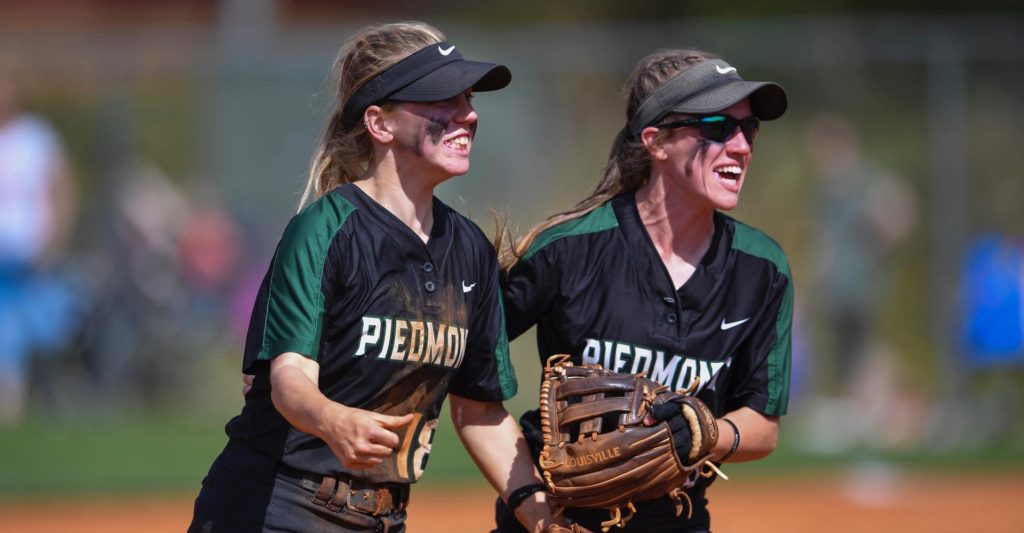 Last Thursday, April 18, the Piedmont softball team defeated Covenant in a two-game sweep at Walker Athletic Complex to advance past the first round of the USA South Championship. With an impressive performance, Melissa Eckman earned her 12th win on the season with a complete game, three-hit shutout in game one. After the Scots put runners on base in the second, third, and fourth innings, Hannah Hobin gave the Lions an iota of insurance, with a RBI in the bottom of the fifth inning. Eckman closed out her complete game, allowing just two baserunners after the fourth inning.

Game two was played just minutes later, however, the Lady Lions performed with the same intensity as game one. Piedmont scored early in the game, with yet another RBI from the senior Hannah Hoban, driving home Rebekah Stegmayer on a ground ball. However, Covenant came back firing in the bottom of the second inning, with a 2-out RBI single. The Lady Lions were able to retake the lead in the top of the third inning, with a sacrifice fly from Hoban.

The rest of the competition was a standstill, with a face-off between both teams dominating pitching, until the Scots rallied back in the sixth inning. The Scots answered with five hits and capitalized on two Piedmont errors. Down 6-3 in their final at-bats, Piedmont fought back hard with a lead-off double from you guessed it, Hannah Hoban. With an RBI single from Anna Lee Stone, and a two RBI single from Drew Graham, the Lady Lions tied the game up in the seventh inning.

After replacing for Madison Whiteside in the sixth inning, Melissa Eckman returned to the circle in the seventh inning with a shutout. In the top of the eighth inning Hoban drove in a runner with her second consecutive double, and Taylor Brown hit a single right down the opposite-field line to bring in another insurance run. After allowing only one baserunner, Eckman struck out two hitters in a row, closing out the win.

“The first round of conference was just a glimpse of what the next round will be like,” said senior catcher Anna Lee Stone. “We had to come together as a team to fight and win. We were reminded of how important it is to play hard every pitch and never give up.”

After closing out the regular season with a split against Berry College on Monday, the Piedmont College softball team will be gearing up for round two of the USA South Conference tournament against Salem College in LaGrange, Georgia.

“As the second-round approaches, we need to work hard this upcoming week with our common goal as a team as our focus,” said Stone. “We have worked extremely hard all year and never quit. It is now time that we go and win a championship and let all the hard work pay off.”

The Piedmont College softball team will be back in action on Friday, April 26, for the second round of the USA South Tournament at 10 a.m. against Salem College, in LaGrange Ga.