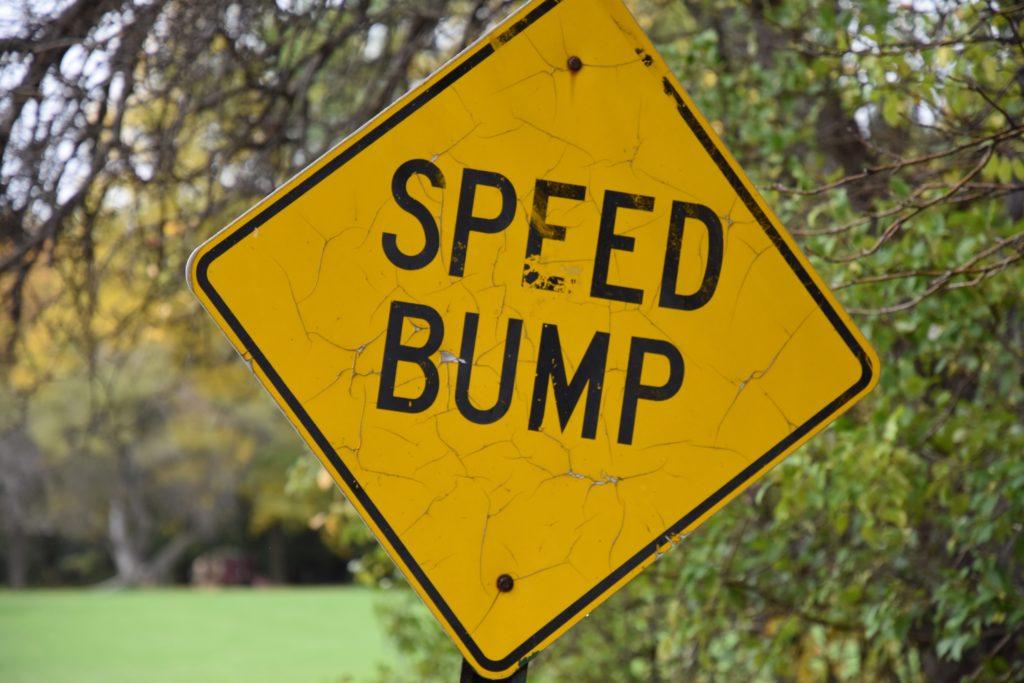 Piedmont students campus-wide have expressed concerns over pedestrian safety in the Commons parking lot. This road and parking lot separates the Commons and several dorms, like Wallace, Purcell, Johnson, Swanson and Mayflower, meaning that on-campus students cross it on foot. A lot. Those pedestrians might have felt like they were playing a real-life game of Frogger up until Jan. 25, when a speed bump was installed on Georgia Street in front of the Commons.

It was common knowledge to faculty, staff, students and even police that drivers sped down Georgia Street, even though pedestrian traffic is so heavy there. Bailey White, a sophomore mass communications major brought this concern up to Piedmont College President Mellichamp during his town hall meeting Nov. 14. At that time, Mellichamp told students that he’d, “Asked the city of Demorest to put in a speed bump or two to slow things down,” but that the City of Demorest “haven’t taken too kindly” to his request. He promised students that he would continue his efforts to find a solution to this problem.

These efforts seem to have paid off, and the new yellow-and-black speed bump has become a popular new addition to Piedmont’s infrastructure.