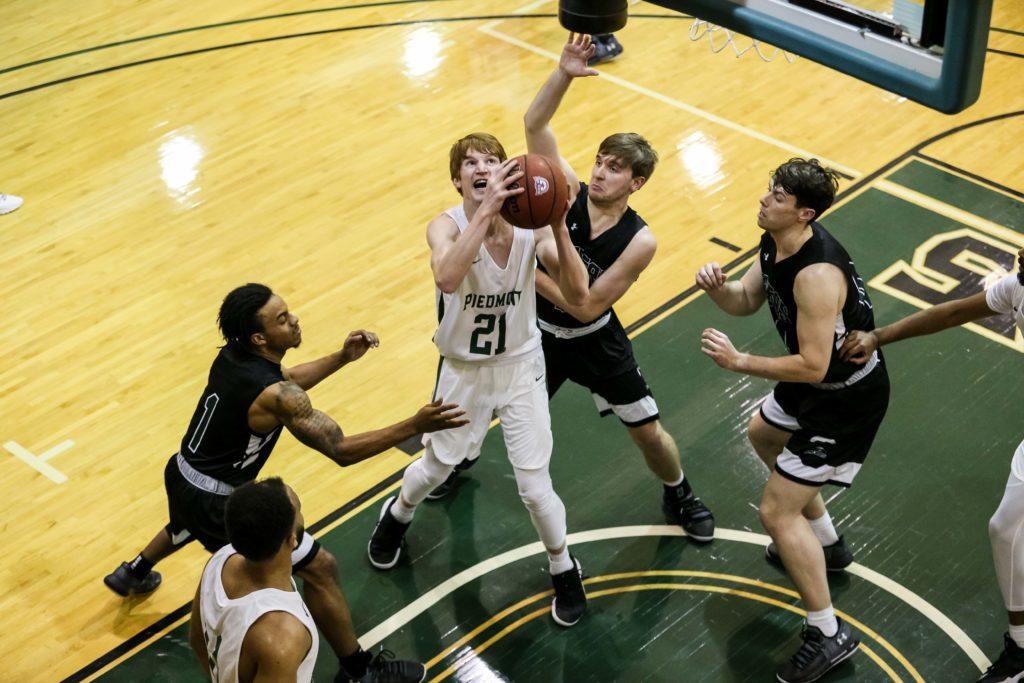 For those who don’t know, the NCAA is split up between three different divisions when it comes to athletics. There is Division I, the teams you may see on TV, then there is Division II and Division III. The logistical difference between the divisions is that of scholarships and money. DI and DII both have enough money to where they can offer athletic scholarships to their players. In DIII however, the athletes are treated as regular attending students and have to pay tuition.

This difference between the divisions causes people to create a misconception about the players and competition level across the board. People assume that the lower divisions behind DI are nowhere near as good, especially DIII. This assumption makes many athletes in DIII, including those here at Piedmont, upset due to the fact that they feel as though they are just as good as those in DII and DI. One of those athletes is Marquise Lanier, a senior guard on the men’s basketball team. He says he’s gotten tired of people disrespecting the competition level of DIII.

“We got some serious players here, to just overlook that is just ridiculous,” he said. “I’m pretty sure that there are some guys in this division that can really compete in higher divisions.”

Lanier has played several games against higher divisions in his four years here and says that all of those games have been very competitive.

“Those teams come in thinking that they are just gonna come in and beat us by 40, but once we started playing for real those teams quickly had to realize that we weren’t going to just let them win the game,” he said.

Although Lanier hasn’t beaten a DII or DI team during his time playing, he explains that all of those games have been decided by 10 points for the most part.

“The game I really want back is when we played Presbyterian College my sophomore year,” he said. “We were winning for a large majority of the game and gave it away in the last few minutes. It would have been great to finally feel the taste of beating a DI but it sucks that we couldn’t pull it out.”

Lanier’s advice for any player in DIII who has to play a higher division is to not feel intimidated by the name on the front of the jersey. Just play, because odds are that you are just as good as those players and should act like it when you step into the game.

“They put their pants on one leg at a time just like us,” Lanier said. “I bet they will respect you when you come out and give them your best shot and show them what DIII is made of.”