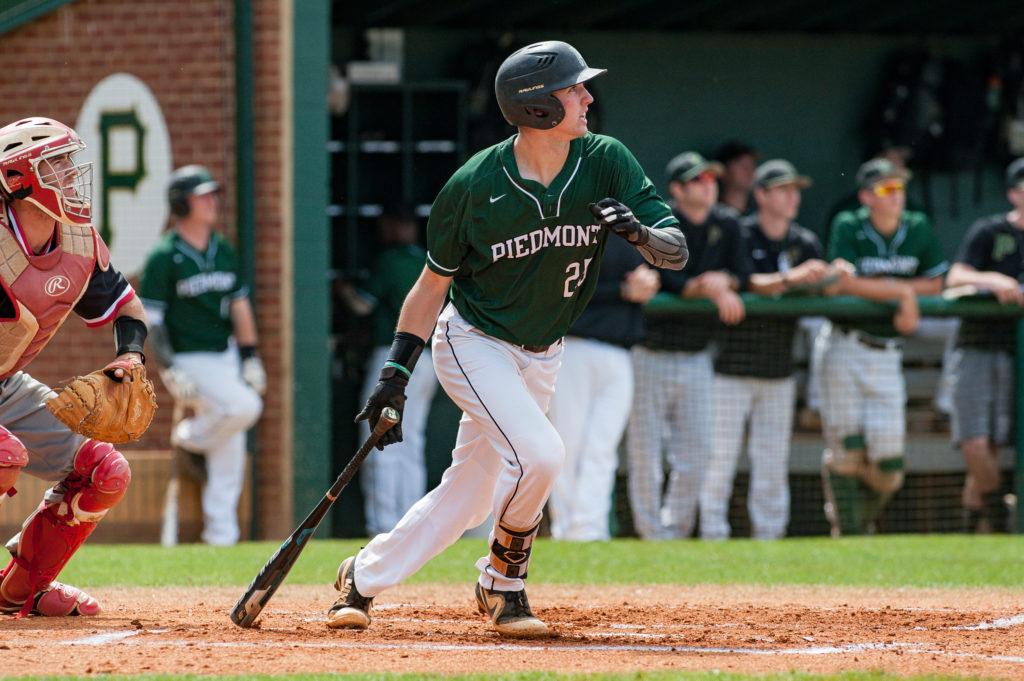 With the beginning of spring semester, baseball season is upon us. The excitement of strolling up to the plate, looking the pitcher in the eye, and watching the baseball speedily coming your way gives an adrenaline rush beyond description. Seconds later, there’s a loud crack of the bat. Going, going, going, gone.

The Lions posted an impressive 30-14 record in 2018 with a 14-4 record in conference; however there are many hopes of improvement this upcoming season. Senior infielder Andrew Burden spoke about the team’s work ethic and goals for this spring. Piedmont is off to a 1-0 start after defeating Berry 11-3 on Feb 5. Burden batted 2-for-5 with three RBIs and scored two runs for the Lions in their opening day win.

“Each year it gets less and less about personal goals and more about team goals,” Burden said. “Every season as a team, it’s our goal to win the conference and the conference tournament. The past two years we have gotten close but haven’t been able to finish. This team has worked harder than any team I’ve ever been a part of and I’m just looking forward to seeing it pay off.”

Although the team has specific goals as a group, Burden says he wants his own personal goals to help unify the players, too. “I want to do something each game that benefits the team—whether it’s getting a big hit or just bringing energy down to the field that day.”

Justin Scali enters his third season as head baseball coach after having spent the previous 12 seasons on staff as an assistant baseball coach with the Lions. Coach Scali has scheduled tough competition in 2019 to prepare the team to win the USA South and compete with higher level teams. Piedmont will be traveling to Tucson, Arizona, the weekend of Feb. 8 to take on three challenging west coast teams on the road, giving the Lions a starting point for the season.

The Lions will face Pacific, California Lutheran and Chapman out west before getting back to Demorest. Piedmont will then begin an eight-game homestand beginning on Feb. 13 against Oglethorpe.