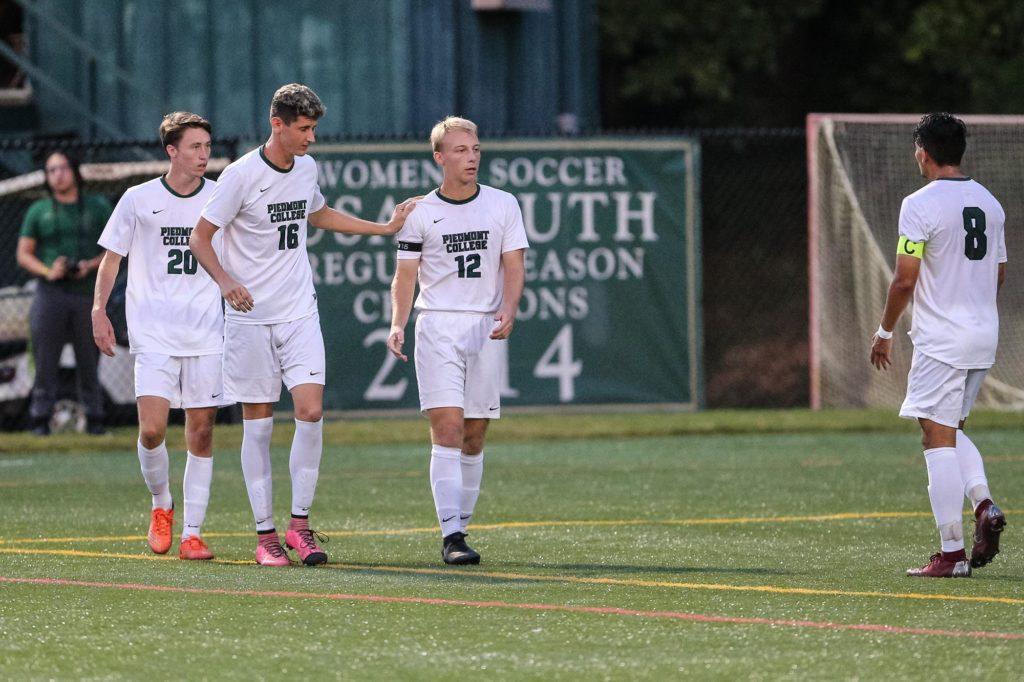 The Piedmont Men’s soccer team saw their season come to an unfortunate end after a 3-0 loss to Covenant College in the first round of the USA South Tournament. The Lions finished the season with a record of 8-6-3 overall and 6-3-3 in conference play. The men started their season out strong, but seemed to run out of gas towards the back half of their games in conference.

Their record was something to be proud of, but three draws to Methodist, N.C. Wesleyan and William Peace hurt them in the standings come playoff time, and forced them to go up against a tough opponent in Covenant, who the Lions lost to in double overtime in the regular season. Despite the way things ended, Piedmont has several bright spots to look back on in their 2018 campaign.

Sophomore Cameron Earls was the leading goal scorer for the Lions this season with a total of 16 and 34 total points. The Lions also saw four of its players earn all-conference honors this season. Cameron Earls, Nick Pope, another sophomore, and junior captain Jose Linares were named to the USA South first and second teams, while senior Cooper Donnelly earned all-sportsmanship honors.

The Lions have their main core of players returning for next year. Their experience this season will only help them moving forward in the tough games, or hard times they may encounter in the 2019 season.