How My Halloween Costume Gave Me Confidence 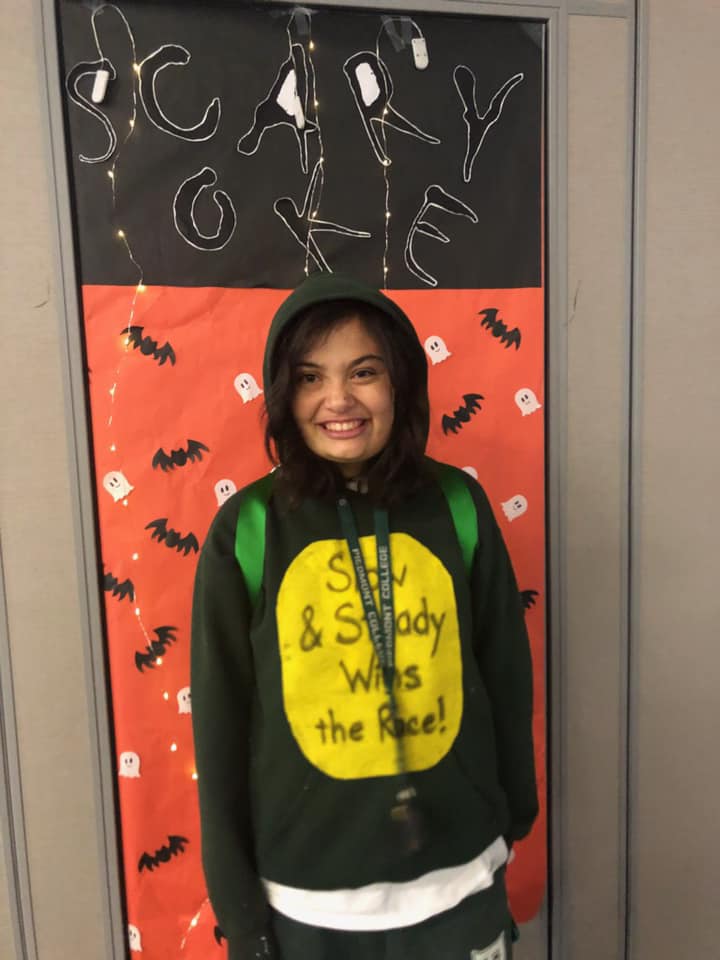 Ever since I was a baby, I’ve been slower than most people my age. When I was about a year old a doctor informed my parents that I had Hypotonia, which is a medical term for low muscle tone. Fortunately, mine was very mild and only affected me as a child.

I struggled with getting school work done in elementary and intermediate school.  I have executive functioning, ADD, slow processing, and OCD, which all contributed to making me take longer than most people to complete my work. Fifth and sixth grade were the hardest for me academically.  However, I worked hard in school by working on homework for hours and staying up late to finish it, and my work paid off when I got all A’s.

After my sixth grade year, I went to a private school for learning disabilities. That helped tremendously, as the teachers were able to work with the students in a way in which they could learn.  I wish I could say that was the end of my struggles with learning disabilities, but that’s not the case. They still affect me today, in college and other aspects. My learning disabilities, anxiety, and OCD have all contributed to me having low self-esteem, as it takes me longer to do tasks or learn things than others.

I learned that it’s okay that I have learning disabilities and a mental illness.  The quote “Slow and steady wins the race,” from the Aesop fable, The Tortoise and The Hare, has become my motto.  Just because I’m taking an extra semester to graduate, that doesn’t mean that I can’t succeed in life.  I can still win my own race in life if I keep persevering, just like the tortoise. I can still win because I have wonderful friends and family who will support me.

That’s how the turtle became so important to me: when I wore the turtle costume my mom made me that had the quote, “Slow and Steady Wins the Race,” I was able to embrace that confidence.

This article, written by Nicole Thomas for The Roar, has also been published in The Mighty: an organization that helps raise awareness for people who have disabilities and mental illnesses.