Early Mornings, Paper Trails Will PC ever get online registration? 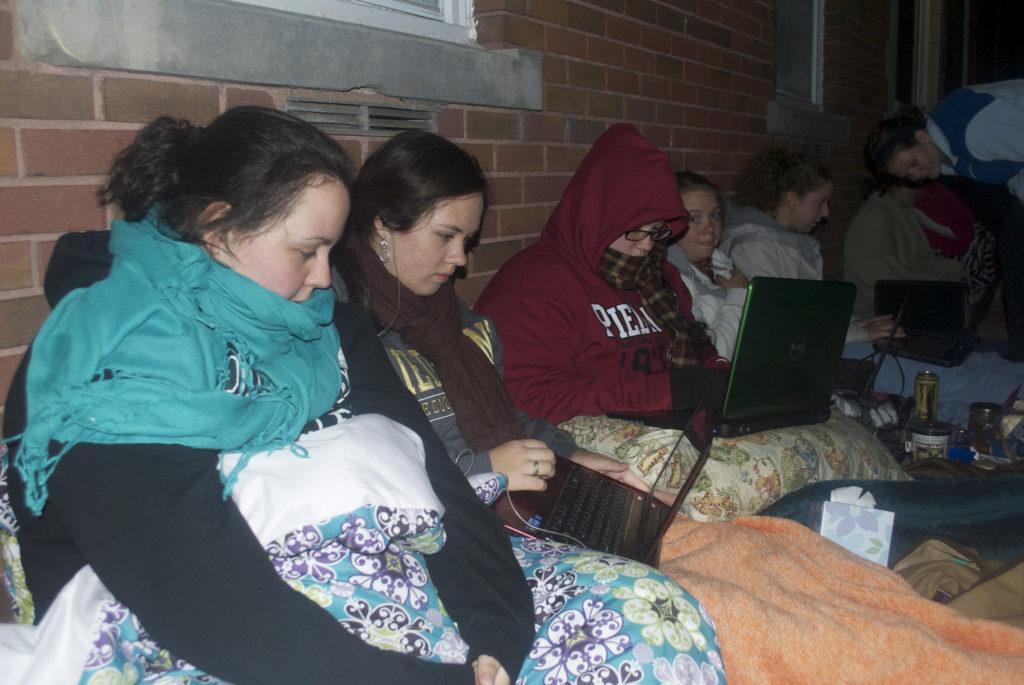 Hundreds of freshmen students lined up outside the registrar’s office
However, changes are in the works for class registration, and the changes might be coming sooner than you’d think.
Administrators are hoping to implement online registration by late 2013 or early 2014, according to registrar Carla Edenfield.
The new student system for registration, called Ellucian, is considered one of the largest student databases in the world. While current seniors and juniors might not be able to experience a lot of benefits from this, it will have an impact on underclassmen and future students.”
Students can expect a student portal that gives access to business office invoices, financial aid information, class schedules and online registration.
Another feature will allow students to give their parents access to the information, and the ability to decide which part of the portal that the parent sees.
“If you just want them to see the business office side, they could see that and not see your grades or vice versa,” said Edenfield.
“The process of implementing the new software has taken a long time to put in place. Faculty and staff also need to be taught how to use the new software system.”
Piedmont currently employs paper registration, which requires students to fill out paperwork and submit it by hand to the registrar. The new system will eliminate standing in line to register and will also be more environmentally friendly by reducing the amount of paper used.
“The system we currently have is a good core system…What we’re going to have is an upgraded version of that, We have a good system now, but we want it to be even better,” Edenfield said.
Some students are excited about the change.
“I think it’s a great addition to Piedmont because it will save time,” said freshman biology major Morganne Gregory.
However, not all students share that feeling.
“I do like the way Piedmont currently handles registration,” said junior theatre major Kelli Bell. “It may be aggravating to some, but I really enjoy the one on one conversation with those in the registrar office. I feel that it is more personal than doing it online.”
Edenfield addressed those concerns by saying that although it is too soon to tell what impact the new system will have on advising, there is a possibility that advisors will be able to see what classes their students are registering for.