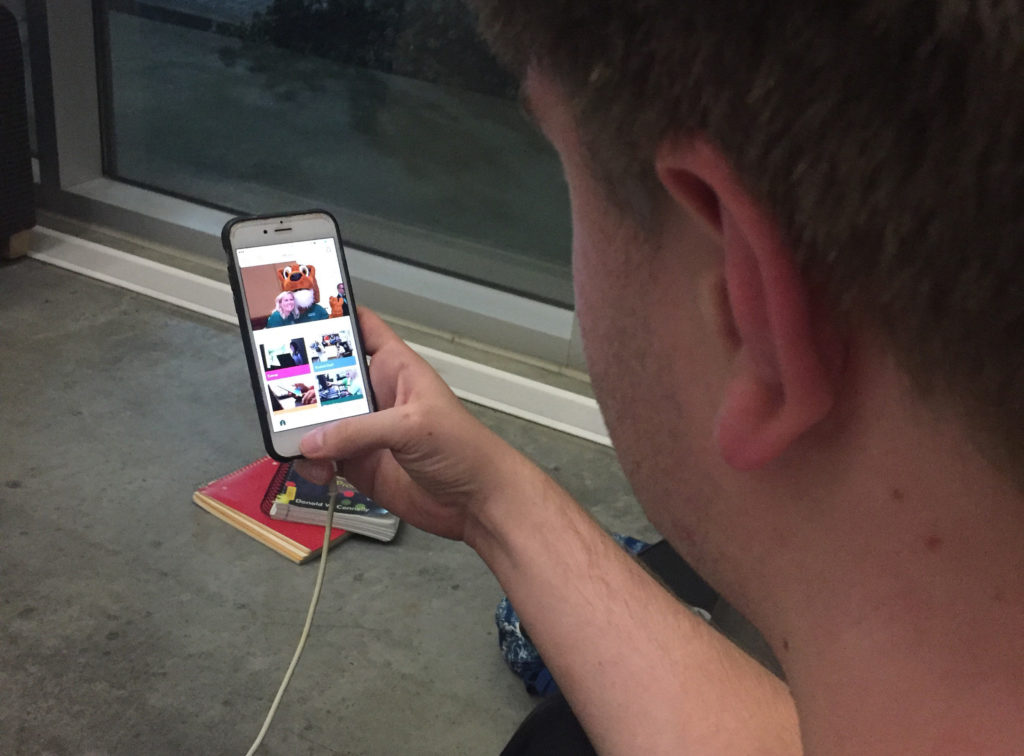 The beginning of a new semester at Piedmont College brought about the end of cable for residential students. This seemingly brash decision was met with an outcry from students, and Residential Life staff was quick to respond.

“The response was a bit of a surprise,” Director of Residential Education Mark Jestel said. “We knew there were students who did not utilize the cable service and knew nationally more institutions were seeing a lowered rate of usage.”

Jestel, who was primarily involved in the decisions both to remove the cable and to bring in a high definition alternative, cited numerous reasons for the cable’s initial removal, including poor quality. In a survey conducted by residence life last year, the conclusion was made that the majority of students no longer utilized cable.

“Over the past few years, we had noticed the quality of our cable services had been fuzzy and the content was limited,” Jestel said. “In addition, there had been some movement nationally to explore other options outside of basic cable.”

Jestel worked with a committee that included Res Life staff, the Student Government Association, Administrative Services, and IT to reach the decision to bring high definition DirecTV cable service to the dorms to replace the removed cable service.

“This survey was the major reason for refocusing how we used our resources to provide a positive experience for our residential students,” Jestel said. “It is important to look at it from the point of, ‘If we have invested in a service which is not being used, why should we continue using it? Is there a better service we can provide our students which will be used more or has better quality?’ This is the main reasoning for removing cable in the residential rooms.”

Taylor Pope, a junior residential student who came forward with several concerns about the removal of the cable, found out about the introduction of DirectTV a bit earlier than others thanks to an early announcement from her resident advisor.

“I’m glad that we’re getting the cable back,” Pope said. “I found out before we were supposed to know. We had RA’s that were posting messages in their group chats.”

Pope said she feels more secure now that the cable is coming back to the dorms and approves of how Jestel and SGA handled the students’ responses.

“It’ll be really beneficial to have cable back in the dorms,” Pope said. “I think this issue has been one of the quickest resolved out of many issues that are brought up, which could’ve been because of the students’ responses and the petitions that started.”

Jack Sassano, a senior residential student, relied on the cable to stay informed of the latest news updates through his preferred networks. Although he’s already invested in his own alternative, a Hulu subscription plan, Sassano is happy that cable is bring brought back in. However, he remains weary of the company Piedmont is providing.

“Since I had heard about the removal, I got Hulu as a replacement cable,” Sassano said. “It works pretty well. My response to having DirecTV brought in, is that on the one hand, it’s very good, I can keep up with the news. On the other, I have experience with DirecTV, and whenever it would rain, the signal would completely die on you.”

Kristen Ellison, a senior residential student, originally took to the Piedmont school app to express her concern with Piedmont making a hasty decision without reaching out for input from their students. With the announcement of the return of cable, Ellison is happy that the administration actively listened to student’s concerns and allowed them the platform to voice them.

“It’s great that we go to a school where the administration listens to the students and works really hard to make us happy,” Ellison said. “I’m very grateful for this decision.”

The process of installing DirectTV service into the dorms will take up to four weeks, but once that is completed, students can expect high definition quality to grace their television screens. Jestel commends the students for using their voices to create a discussion about their concerns and hopes that this is a continuing trend with future campus issues.

“It is easy to sign a petition or to vent to a classmate about something you believe should be changed,” Jestel said. “However, you will always have more success going to the source and having a conversation about why the decision was made and what you may want to be changed. We used a lot of the feedback we had received from these students to select the DirecTV service. All of our decisions have the student’s best interest at heart, so it is important to know what the students want in order to provide it. I wish to thank all of the students who spoke with us in person, over the phone, or in email. These conversations made all the difference and we hope to continue these open lines of communication with students for other future decisions.”