Getting Through the Garbage 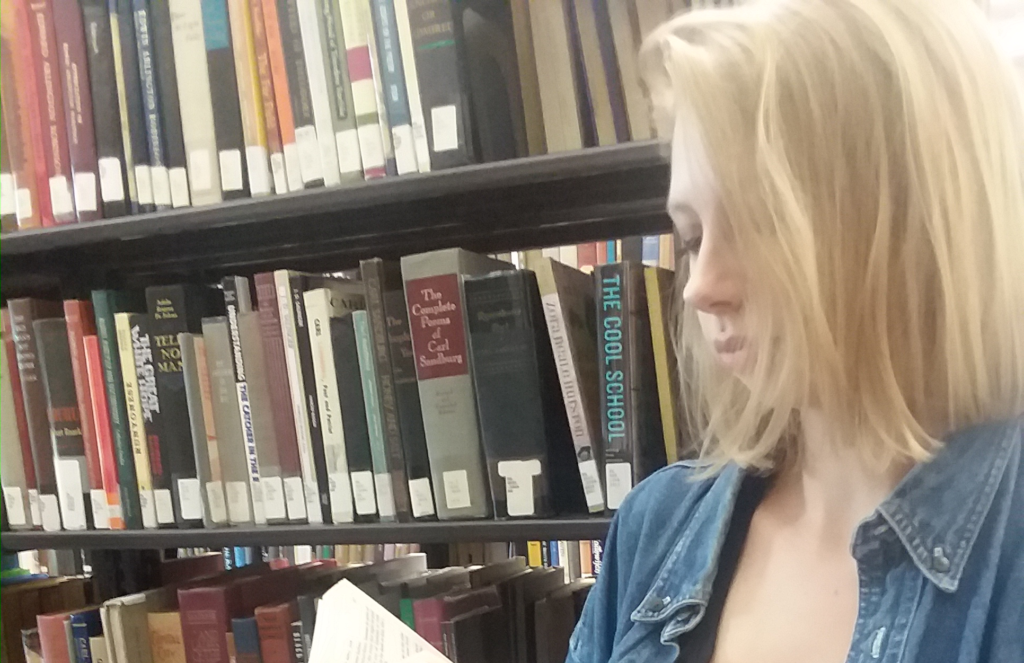 “I’d longed for sleep for many days, and it eluded me like the sun did the Pacific Northwest…”

Sophomore Hadley Cottingham’s poem, “Lightly,” published in this year’s edition of the Piedmont literary journal Trillium and winner of both the Trillium prize and the 2018 Academy of American Poets Prize, came to her almost in a dream.

“I was laying in bed and I got this super-clear vision of the ocean, and I kind of drifted into that half-wake, half-sleep stage and dreamt that I melted into the ocean and I wrote from there,” Cottingham, English major and opinions editor for the Roar, said. “I grabbed my journal and I jotted down the first, general idea… but I reflected on it later and made it what it is now. I’m sure I still have the original notes somewhere.”

Cottingham said she’d “just gotten through some garbage,” and she wrote to try and make herself feel a little better about everything that had happened. Her self-care ritual of writing led to her to craft beauty out of her pain. Both that pain and that beauty, in “Lightly,” are palpable.

“It’s a metaphor about… becoming okay with the fact that I wasn’t okay,” she said. “It’s about dealing with depression, but also what’s inside you is enough, and what you can create out of your darkness is good enough.”

She’s been crafting poetry from the source of her most overwhelming emotions since childhood, Cottingham said, describing a pressure which compels her to channel the feeling into words.

“I sit down with a piece of paper and a pen, usually when I get really emotional or I just feel that overwhelming amount of feeling in my chest,” Cottingham said. “I used to get it a lot when I was little… It’s like, gasping for air almost? But it’s not scary, I’m just aware of a lot of feeling.”

She said she used to think it was anxiety, until she learned to shape what she felt into poetry that could affect others’ emotional experience, too.

“I guess in a witchy, weird sense it’s like I’m tapping into other people’s feelings that have been in the area,” she said. “I’ve been able to take that which used to overwhelm me and make me want to cry, or freak out and bottle myself up, into writing something that’s meaningful to me and apparently meaningful to other people.”

Although she’s been writing poetry since the fourth grade, and won several awards in high school from the Georgia Young Authors Fair for her prose poem A Very Vague Story About the Moon, Cottingham said she was shocked when she won the Trillium prize.

“They said that I won, and I literally peed a little bit,” Cottingham said. “I was like, ‘What’s happening? Where am I?’ I’m still kind of floored because there was so much amazing writing. I wouldn’t have picked my own.”

Then, over the summer, she learned “Lightly” had been selected for a 2018 Academy of American Poets Prize, the same prize that was awarded in 1934 to Sylvia Plath.

“She is my favorite and she’s the reason I started going to counseling in eleventh grade,” Cottingham said. “I was like, I can relate to everything she says. This woman gets me. I wonder what she’s doing now. And then I realized she put her head in an oven! So I went to counseling.”

The letter from the American Poetry Association informing Cottingham her poetry had received the same honor as her heroine’s, she said, came as a surprise as well.

“It was a really crazy good day,” Cottingham said. “I knew my piece was submitted from the college. But when I got that letter I freaked out. And then I cried. There was no pee that time. Just tears.”