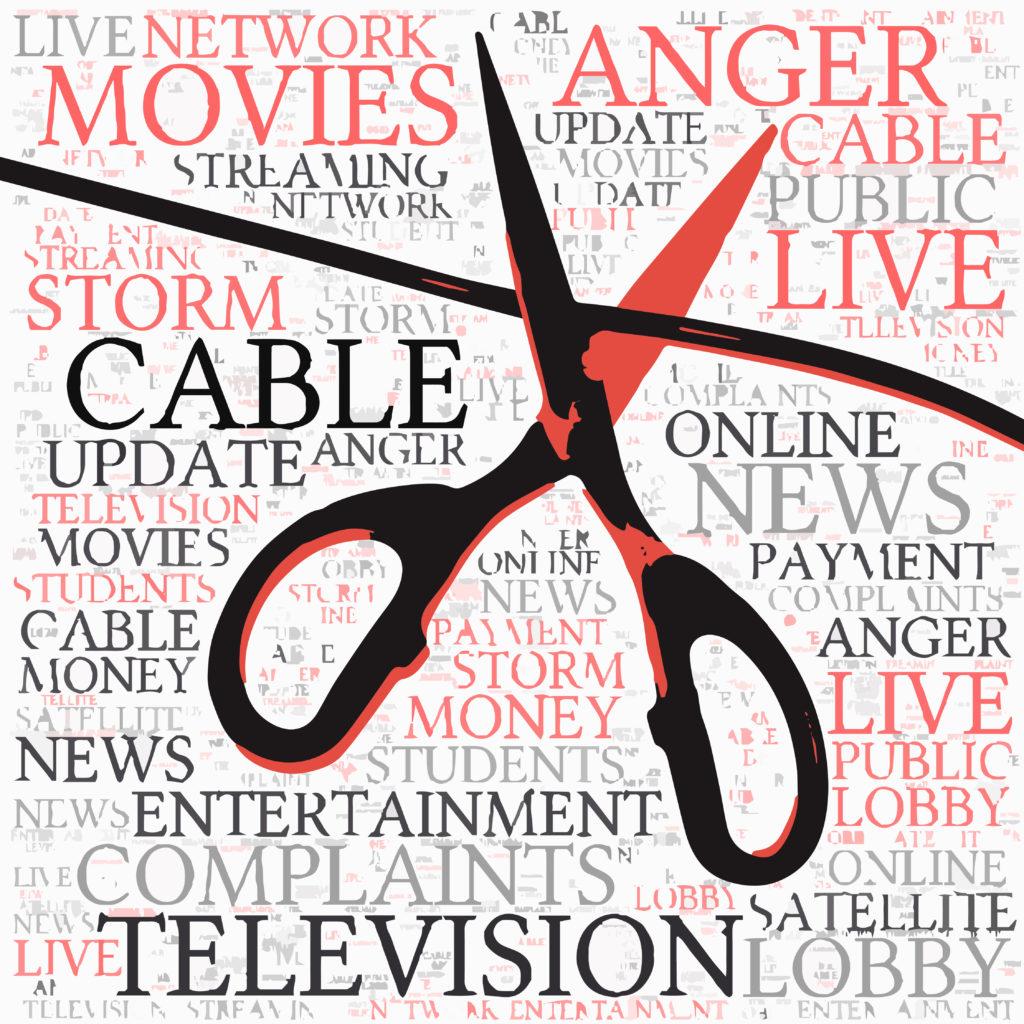 When Piedmont students turn on their televisions to watch the local news report or weather forecast on channel three, they are now greeted with a black screen. The college’s decision to cut the cable access in the dorm rooms came as a surprise to students, who rely on the cable to stay informed of what’s going on in their hometowns.

“I didn’t think that they would fully revoke the service,” junior residential student Taylor Pope said. “I thought they would keep the minor; more local channels and I was surprised when I saw they were gone.”

Pope hails from Camden County, which is located in what she classifies as the “hurricane country of Georgia.” She said having consistent access to local weather forecasts and news reports is essential because it keeps her informed about what is happening in her hometown when she cannot be there.

She expressed concern about not being able to stay updated on Hurricane Florence, which is expected to hit Georgia within the next few days.

“It’s better to listen to the meteorologist tell us what’s going on in real time,” said Pope. “Coming from somewhere where we get hurricanes consistently, we rely heavily on the real time information that’s not instantly available on our phones. Meteorologists stay on constantly, versus a website having to be constantly updated.”

Jack Sassano, a senior residential student, said that the announcement that cable was being removed from the dorms seemed hidden within the text of the email. He read it closely only after he realized that the service had been removed.

“I woke up one morning to discover the cable was gone,” Sassano said. “It was my primary source of information. I could just turn on CBS or CNN and get the news that way, but now it’s gone. It’s harder for me to get all the news concisely because brief, hourly newscasts like CNN Nightly were very good at packing all of the information into one hour.”

Sassano said he doesn’t feel that the streaming service adequately fills the shoes of the cable. Lacking any live news or weather programming, the service doesn’t provide Sassano with what he was initially getting from cable. Sassano also feels that the service’s interface isn’t quite up to par with streaming competition such as Netflix.

“The streaming site does not look that great,” Sassano said. “You can watch such classics as, ‘The 100.’ I’m not into the shows they have on there, not my cup of tea, and I feel like the way it’s laid out is like a reskinned piracy site. With Netflix, you watch an episode of a series; the next one pops up after the episode ends. With this, you search an episode, then search the next episode, and it gets tedious. It doesn’t foster the design that other streaming services have.”

As do many campus issues, the cable soon found its place as a topic of debate on the Piedmont app. Kristen Ellison, a senior residential student, voiced her disapproval of the college’s decision to cut the cord before reaching out for student input in the comment section of a fellow student’s post.

“I don’t understand why it all of a sudden became an issue to have cable here,” Ellison said. “The streaming service is cool, but it doesn’t work on TVs that have Roku or any kind of streaming stick. It’s also disappointing that we can’t watch the news, the weather channel, or channels that air TV shows on a weekly basis. I have Hulu and Netflix, but it just sucks because we didn’t get to voice our opinions before it disappeared.”

For now, the college’s decision seems set in stone. However, Pope hopes that a petition to bring back the cable may alter Piedmont’s decision.

“With the minor poll that I put on Facebook, there are enough people that showed interest to make me think people want this back,” Pope said. “I think that if I have a petition that’s more than just one student saying they want it, it’ll be a good visual to show them that people want this back.”