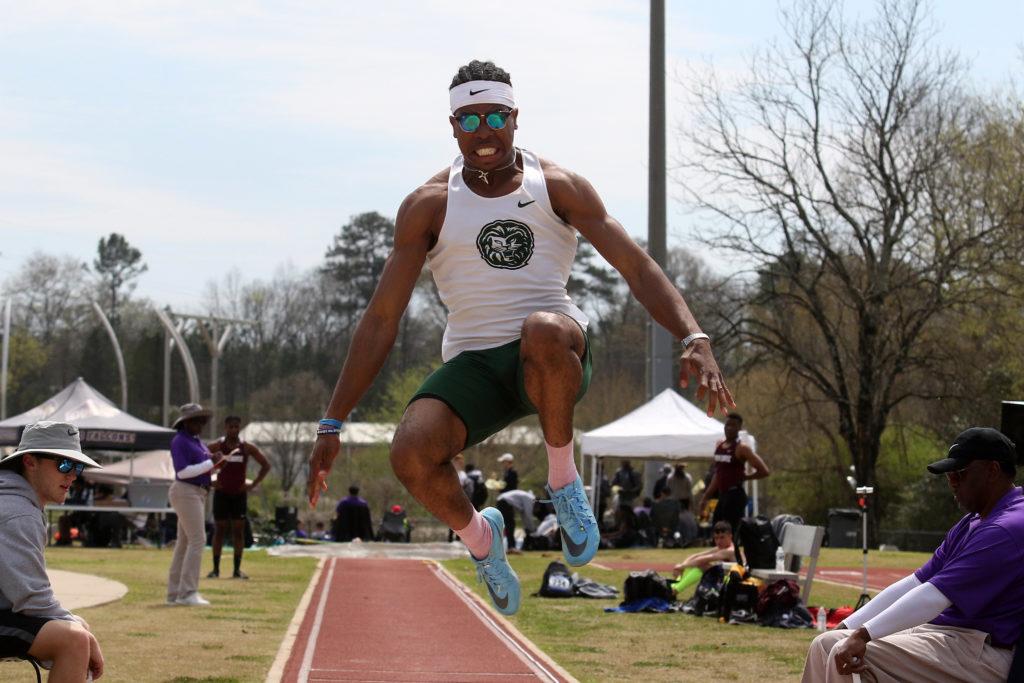 Of the six players mentioned above, only O’Brien will graduate this spring. The Lady Lions look to begin their journey to a third straight USA South Tournament championship game when 13 of the 15 players from this year’s team make their way back to Demorest.

The Lions traveled to LaGrange College for the first ever USA South men’s lacrosse tournament. The Lions lost in the first round of the tournament in tough 10-9 overtime game against Methodist University.

The Lions men’s lacrosse team looks to have another solid campaign next season, as all of the players mentioned above are underclassmen.

The Piedmont College women’s tennis team finished their season in the USA South Tournament semifinals with a heartbreaking 4-5 loss to North Carolina Wesleyan. The Lady Lions were a perfect 7-0 in conference play during the regular season and won the regular season USA South West Division title. Head Coach Shane Wood won the USA South Coach of the Year this season after going undefeated through USA South play, and adding some outstanding freshmen to this year’s squad.

Piedmont went 7-10 a year ago and only won three conference games. Coach Wood added nine freshmen to the team this year, and they have not disappointed while wearing the green and gold. Two of those standout freshmen this season were Caroline Connelly and Megan Waldheim. Connelly was named USA South Rookie of the Year and First Team All-Conference, while Waldheim was named to the Second Team for the West Division and was named to the All-Sportsmanship team in the USA South.

To go along with Connelly and Waldheim, another one of the key players for the Lady Lions this season was sophomore Morgan Buchholz. Buchholz was named First Team All-Conference, teaming up with Connelly to make up a third of the All-Conference team.

Senior member of the Lady Lions tennis team Durden Smith said “Morgan Buchholz is one of players that has really stepped up this year. Karina Rivera is one of the closers for us. She does a really good job closing out close games for us. We all have a role on this team and that’s why I think we have been so successful.”

The Lady Lions look to have another successful year next season as Buchholz, Connelly and Waldheim come back to campus to chase a second straight USA South West Division title.

The Piedmont men’s tennis team had a solid season before they lost in the first round of the USA South Tournament to Averett University, 2-7. Piedmont went 8-2 in regular season conference play, which was good enough to place second in the USA South West Division.

Metzger has earned all-conference recognition in each season he has competed on the courts for Piedmont. He posted a 13-4 singles record this season and had an eight match winning streak at one point during the season. The Lions will have big shoes to fill next season, as Metzger plans to graduate this spring.

The Piedmont baseball team has had a fantastic season so far, and is still chasing an at-large bid for the NCAA Division III baseball Tournament.

The Lions finished third in the USA South Tournament at LaGrange College, after getting knocked out 9-6 in the 10th inning against North Carolina Wesleyan. The Lions were just one game shy of this year’s championship series, after placing second last year as the eighth seed.

Head Coach Justin Scali is proud of his team’s effort this season. “We won a game against nationally ranked Methodist behind some great pitching. I was equally, if not more, proud of this year’s team,” Scali said. “We’re just excited that these games we have remaining still mean something. There are 400 schools in Division III baseball and less than 60 get an opportunity like this.”

The Lions have their work cut out for them this weekend, as their postseason hopes hang in the balance. Piedmont will face #17 Methodist in a three-game series this weekend in Fayetteville, N.C. In all likelihood, if the Lions win the series, they will receive an at-large bid into the NCAA Tournament.

Green is the only senior of the five players mentioned above. The other four players look to come back next season and help Piedmont chase an ever-elusive USA South championship.

The Lady Lions softball team finished up their 2018 USA South campaign by finishing fourth at the conference tournament at LaGrange College, but their season did not end there. To finish the season, Piedmont split a doubleheader with #23 Emory University.

Piedmont looks to continue their success next season, returning most of the team. Bagwell and Gentry were the only seniors on this year’s squad, so there will be plenty of familiar faces next spring when the Lady Lions take the diamond.

Both of the Piedmont golf teams had up-and-down seasons that always seemed just a few strokes away from something great.

The men’s golf team placed eighth out of nine teams at the USA South Tournament in LaGrange, Ga. Josh DeSain led the way for the Lions at the tournament, tying for 11th place. DeSain shot a 78 in the final round while senior Davis Cook shot a 73 in his last round wearing the green and gold.

The women’s golf team finished up their season at the Piedmont College Invitational, since the USA South does not currently have enough teams to field women’s golf in the conference. Jana Guy led the way for Piedmont at their home tournament, where she finished tied for fifth place and made the all-tournament team.

Both Piedmont golf teams are excited to get back into action next season, when both teams will begin competing again in the fall.

Men’s and Women’s Track and Field:

Both the men’s and women’s track and field teams have had impressive 2018 campaigns so far. Shattering several school record so far this season, more of the same was in store for the Lions at their last meet.

Both track and field teams will wind up their seasons this weekend in Berea, Ky. Both teams will compete at the Atlantic Independent Championships hosted by Berea College starting today, April 27, and will wind up on Saturday, April 28.