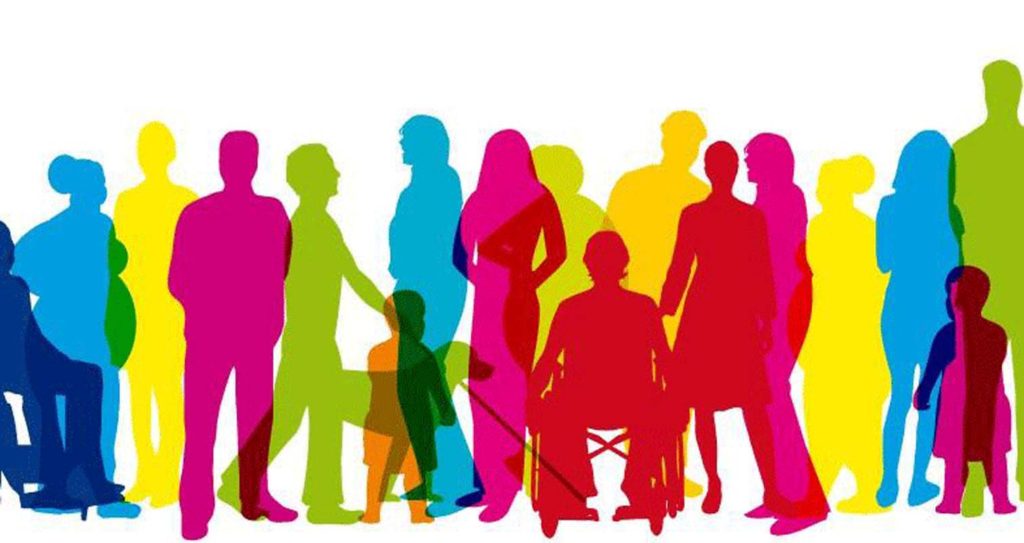 In 1987, former president Ronald Regan moved that March be the month of developmental disability awareness. The goal was to “increase public awareness of the needs and potential of Americans with developmental disabilities,” and organizations like the National Association of Councils on Developmental Disabilities (NACDD) help to answer questions and raise awareness during this month. In March 2018, NACDD announced this year’s theme would be “See Me for Me!”; encouraging Americans to look past seeing a disabled person and instead seeing them as a person with a disability.

“There are many people in our community that have disabilities,” she said. “Some have lived with the disability since birth; some have acquired the disability more recently. Some folks have visible disabilities, and some have disabilities which no one can see. You or I might see someone using a wheelchair and think the person is disabled. Have you watched the Paralympics? Many of those people use wheelchairs when they are not skiing down the high mountain slope. The Americans with Disabilities Act (ADA) looks for the barrier to the individual. If there are no barriers, according to the Americans with Disabilities act, there is no disability that warrants an accommodation. You see, the ADA is trying to look at how the world interacts with each of us as humans rather than how humans who might be different are defective in some way.”

Pease continued by talking about the different kinds of disabilities people in our community and the world face. Physical disabilities might be easier for us to spot, but she points out that learning and medical disabilities are just as valid.

“There are many forms of learning disabilities- from birth or acquired perhaps by a war injury,” she said. “It’s not an intelligence thing. It’s a brain processing thing. It can be difficult to understand how someone who looks as you expect them to look, acts as you expect, appears bright and able, and yet cannot read. Imagine how difficult it is for the person. Beyond physical disabilities and learning disabilities there are also medical disabilities such as severe allergies, arthritis, diabetes, Crohn’s disease and even cancer. Certain types of mental health issues such as PTSD, bipolar disorder or depression can be a disability. It depends on the person, the circumstances and the barriers.”

Accommodations are a part of the services disability services at Piedmont provides. This service helps students with disabilities have equal access to everything an able student on campus does.

“Accommodations are meant to level the playing field and provide equal access, not extra advantage,” Pease continued. “What is a barrier caused by arthritis? Well, it hurts. Medicine often is required, mobility is impaired, and getting to class on time can be a problem. Handicap accessible tags which allow people to park in accessible parking spots help. Medicine can help, but it can cause a person’s thinking to be fuzzy which makes it hard to take tests.”

Pease helps students affected by different illnesses and disabilities find the right accommodations to help them succeed. This may be extra time on a test because of a student feeling “fuzzy” due to a medication, or a handicapped parking space. These help students live as normally as they can, even on their bad days. It can even mean the presence of support animals on campus.

Emotional Support Animals, or ESAs, are different. While these animals are very important to their human, they provide comfort and are not always trained to do specific tasks.

“By the way, there are lots of businesses trying to take your money. You know that, right?” She added. “Some of them try to tell you that you can license your animal as a service animal or an emotional support animal. It is bogus- don’t do it. These documents are not legally recognized by any authority.”

Though March is the month of developmental disability, Pease is fully aware of the world of disability that exists outside of this sect of afflictions.

“It’s also important to note that not all disabilities come at birth,” she said. “A person who has a vehicle accident or sports injury at nineteen might have an acquired traumatic brain injury. This person may or may not have difficulties which you may or may not be able to see. Think about all the football players and other athletes who have Chronic Traumatic Encephalopathy (CTE). It took society a while to figure out what was happening with them. In the beginning (and even now) the individuals were blamed; this is beginning to change.”

“There are lots of different types of humans in this country and this world. Take a look around,” Pease said. “Stephen Hawking, Stevie Wonder, Bethany Hamilton, Justin Timberlake, Eliza Suggs and Mia Mingus had or have bodies or brains that function differently from what many people consider the norm. We are beginning to see that disability is just another form of diversity.”