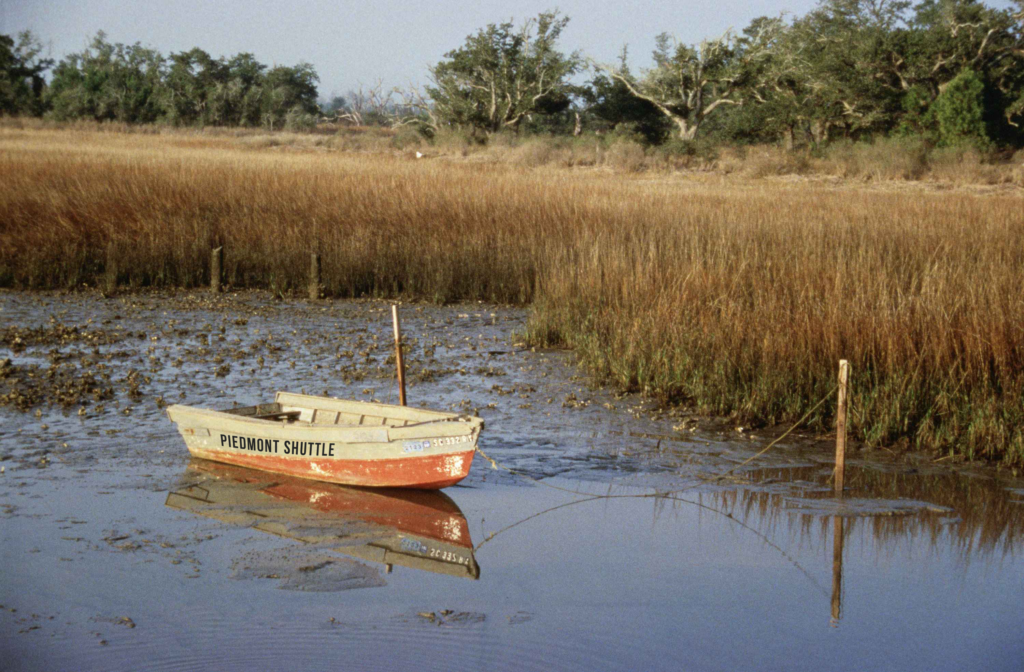 The Piedmont College shuttle is expanding their services, now offering an hourly rowboat ride across the wetlands. The new service comes after a flood of student complaints regarding the long trek from the Swanson Center to the main campus.

“I’m just so tired of swimming to class,” said musical theatre junior Toni Atoa. “Every day I have to get up at 5 a.m. in order to change into my scuba gear, walk all the way from my dorm room to the wetlands and then swim across to Swanson. At least in the winter I didn’t have to worry about the snapping turtles, but they’ll be back soon. And they’ll be hungry.”

After receiving dozens of student requests for change, Piedmont administration announced on Friday that they would immediately begin offering free rides across the wetlands.

“I’m glad they’re finally doing something about this,” said associate professor of mass communications Jennifer Arbitter. “We’ve been losing tens of thousands of dollars every year with the amount of camera equipment that’s destroyed in that marsh. Students finally won’t have to drag the school’s equipment through the water anymore, and I think that’s fantastic. I guess it’ll also be nice that students won’t lose any more toes to the snapping turtles.”

The idea for the new service originally came from Bruce Phaknam, a shuttle driver for Piedmont College.

“I had the idea after my driver’s license was suspended last year,” Phaknam said. “Driving around campus all day is just so boring, I kept falling asleep at the wheel. I figured if I could convince Piedmont to let me man a boat instead of a van, I could at least get my fishin’ on. The only downside, really, is the constant looming danger of the snapping turtles.”

Not everyone is happy about the school’s decision. Professor of biology Rob Wainberg has been especially vocal about the issue.

“This idea is horrible, and humanity will pay for it,” he said. “The snapping turtles at Piedmont College have become entirely dependent on a diet of human toes. Without students swimming across the wetlands every day, they may become extinct. After that… I don’t even want to think about what could happen.”

Some students have also spoken out against the change, including Ray Hernandez, a senior political science major.

“I don’t understand why people don’t just use the bridge,” he said. “Is this a joke or something?”

This article is part of The Roar’s 2018 April Fools series.