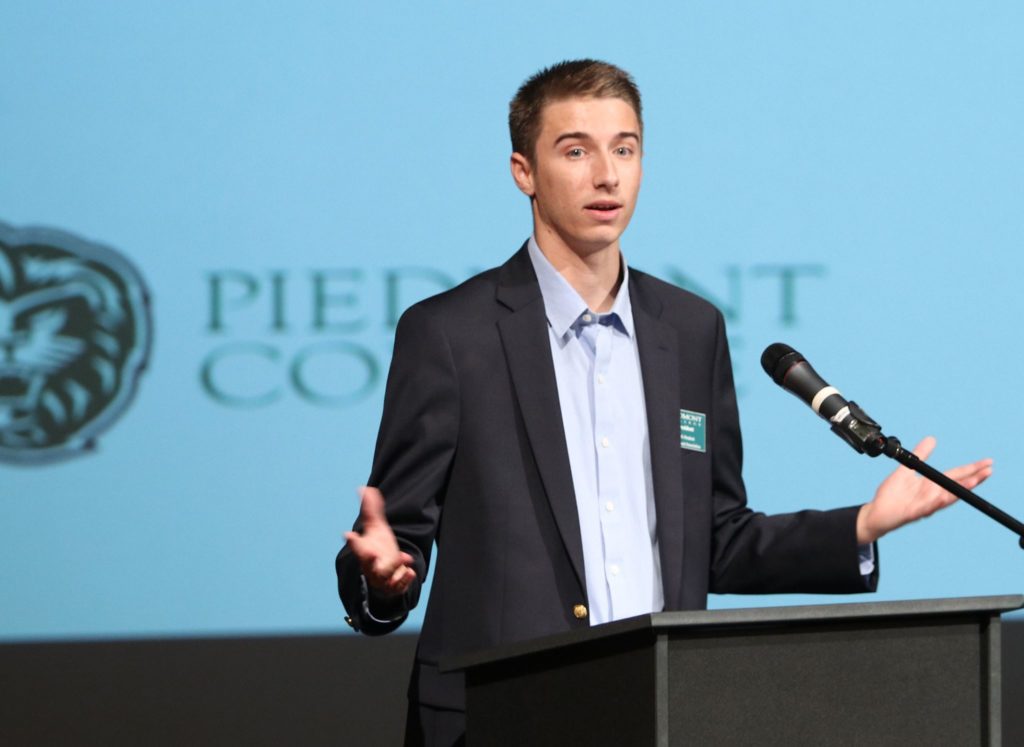 Students, faculty and alumni alike are gathering together this week following President Mellichamp’s announcement of his departure from Piedmont College following the culmination of the 2018 Spring semester last month.

“The students have been a blessing. I have been receiving countless texts and emails wishing me the best and the pups the best in this next chapter of our lives. It is going to be incredibly difficult to leave this year, but I do so knowing I have the full backing of this wonderful community.” President James F. Mellichamp said.

President Mellichamp will be leaving in May following the Spring Commencement to pursue his long-held dream of being a traveling organist and will perform for dogs in shelters around the world. He hopes to raise awareness for the growing overpopulation of animal shelters.

“The best way to help me on this transition would be to adopt as many dogs as possible and give them loving homes. Kanler doesn’t know this yet, but I think it would be great if you all showed up with puppies on the first day of class next semester.” President Mellichamp said.

Kanler Cumbass, who currently holds the office of SGA President, has been appointed by the Board of Trustees to be the next President of Piedmont College.

“We didn’t even feel the need to look anywhere else. The idea of an interim came up—just until Kanler finishes his undergraduate studies here, but after a short discussion, we unanimously decided that there is no better person to take Piedmont on and upward from the great legacy James [Mellichamp] is leaving behind.” Said the Chairman of the Board of Trustees, Thomas A. Arrendale, III, grinning from ear to ear. Vice Chairman Dock Sisk echoed his affirmation.

“Mr. Cumbass is a bright young man and we look forward to working with him,” he said. “I’d be remiss If I didn’t add our decision was partially made in part by our affinity towards beating Toccoa Falls College, in this case, we have the youngest college president in history. Mostly though, it’s because Kanler is more than qualified.”

“When they first told me, I was in shock. I was a little confused too, because the Board of Trustees came to one of my tennis matches with President Mellichamp and held up a sign that said ‘Out with the old, in with the new. President Cumbass 2018’. I didn’t understand.” Cumbass said with a laugh talking about the day he found out he had been appointed President of Piedmont. “I thought to myself ‘But, I’m already the president.’ After someone explained the situation I became extremely overwhelmed. Now that I have had some time to digest it, I am so grateful for the opportunity.”

The Piedmont tennis team fully backs the Board’s decision to name Kanler as do many other Piedmont students and faculty.

“I think it’s great,” said Mass Communications Professor, Joe Dennis. “Take a look at the country we live in. It’s being led by students, so why should Piedmont’s President not be 19? For the students, by the students.”

President Elect Cumbass spoke of many future plans he has for the college in his interview with the Roar.

“I’m thinking water gun Wednesdays where professors can squirt their students with water guns if they get the class of task, but only on Wednesdays, moon walk Mondays, and I’m still working on the details, but picture this: a ferry to take people back and forth from Swanson and a foot bridge from the Village to main campus.”

The first dogs, Lola and Mamie Mellichamp are both looking forward to the next stage of their lives and are excited to lounge around as they travel the country with their dad listening to him play organ and meeting other dogs. They both wish the President Elect the best. When asked for a comment, they wagged their tails and panted, “Woof, woof, ruff!”

This article is part of The Roar’s 2018 April Fools series.