THE IMPORTANCE OF BLACK PANTHER 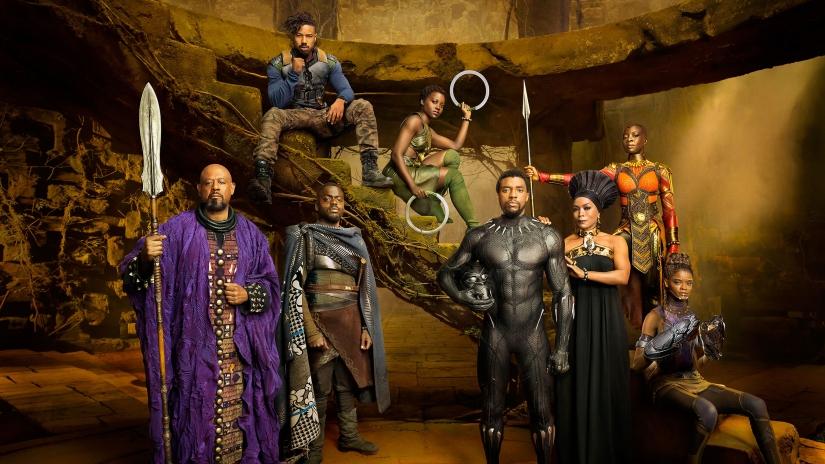 “I have never seen a movie so intense and liberating before. There wasn’t a single part of it that I didn’t like.”

Chandler Allen’s remarks about Black Panther are powerful, and they don’t stand alone. The newest addition to the Marvel Cinematic Universe (MCU) has been met with wild success, receiving a score of 97 percent on Rotten Tomatoes and sprinting its way to the top of the list of Marvel’s most lucrative films.

The movie is loved by many, but it’s played an especially important role to its black audiences. It’s the first film in the MCU to focus on a black hero, and it proudly bears a cast of color. In the world of pop culture, this is a rarity at best.

“I’ve never seen a movie that embraced African culture as much as Black Panther,” said Allen, a freshman musical theatre major. “I’m African, and it made me feel so in-tune with the culture. There were a lot of genuine African elements, like lip plates and the garments that some characters wore. It’s really important that we’re diverse in culture, and I think Black Panther adds to that.”

The majority of Black Panther is set in Wakanda, a fictional African nation untouched by European civilization and kept a secret from the rest of the world.

“I was really impacted by the value that Wakandans held in their country,” Allen said. “Any one of them would literally die for their people, and I really took that with me. It was inspirational to see how dedicated they all were, how in-tune with one other they were and how much they trusted each other.”

Wakanda also holds a special place in the heart of Jacson Moody, a senior educational studies major at Piedmont College and a lifetime comic book super-fan.

“Wakanda shows what Africa could have been without European colonization,” he said. “That’s something that I really connect to and has always drawn me to Black Panther. Wakanda shows us what we can accomplish without other people getting in our way. It makes us go back to our roots, and it gives us hope.”

Straying away from the format of Marvel’s typical flick, Black Panther discusses an array of difficult topics that are seldom seen on the big screen. This resonated especially with Dashawn Crawford, a junior theatre for youth and technical theatre double major.

“Black Panther addresses some issues that really aren’t being talking about in other films,” Crawford said. “A large part of the movie focuses on the huge disconnect between Africans and African Americans, and that’s something that a lot of people don’t know about. We should be talking about these things and educating ourselves so that we can work on them. Black Panther handles this conversation so well. This is the first movie that I’ve ever seen twice while it was still in theaters, and I’m probably going to see it a third time.”

Luna Cox, a junior theatre arts and technical theatre double major, has also gone to see the film several times since its release. It’s quickly become her favorite film in the MCU.

“On the basic level, it was empowering to see so many people on screen that look the way I do,” she said. “I think we’ve come to a point in our society where we’ve realized the importance of black representation in the media. What we have yet to really discuss, though, is whether that representation is positive. Sure, I might see a lot more black movies now than when I was young, but the fact of the matter is, half of them are either exploitative Tyler Perry movies or straight-to-DVD films that get no traction. Finally seeing a positive representation of black people – seeing people living proud black lives –  that was powerful.”

With the vast level of success that Black Panther has reached, many see the film as a hopeful illustration of what’s possible in the realm of superheroes and the world of filmmaking.

“We’ve been telling ourselves that we need to give things a chance for so long,” Cox said. “Black Panther was a real chance. It was black written, black directed, black produced, black starred. In such a politically tumultuous time, this movie really stands out as a beacon that we are ready for change. That change can be done right. Change can be done honestly, and change can start a conversation that resonates in our daily lives.”