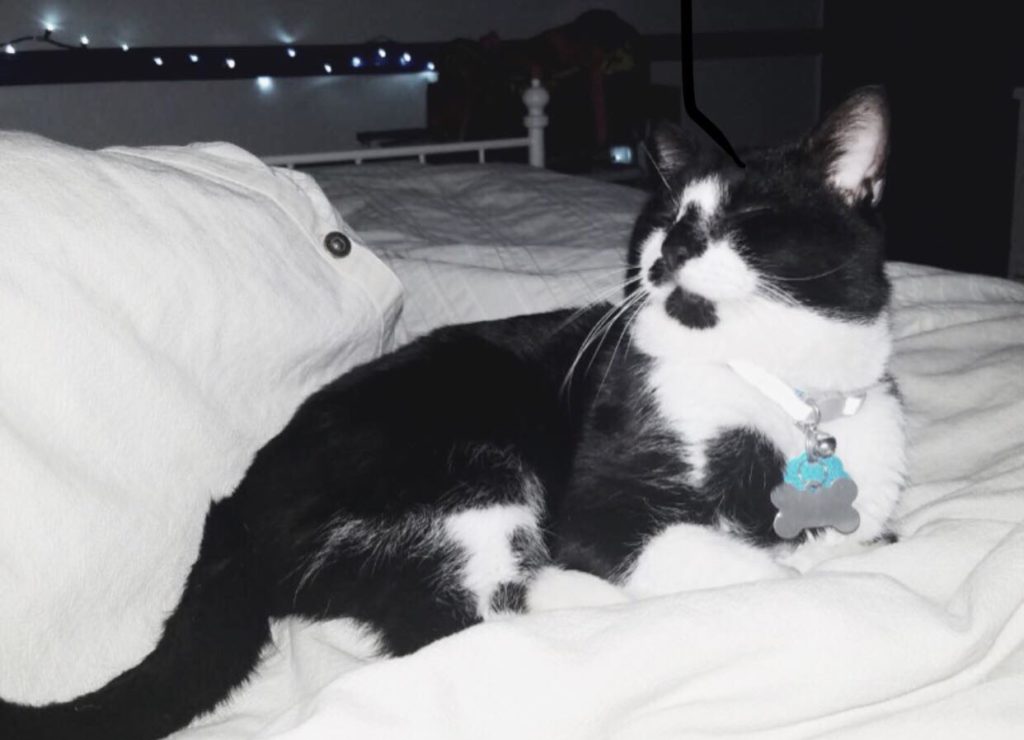 It is a fact that has been proven repeatedly for years: animals help us. For as long as humans and animals have coexisted, other species have helped us thrive as much as we help them, sometimes even more. Studies have shown that having a pet can boost physical health as well as mental health by giving humans something to care for that loves them back unconditionally. Service animals are trained to help people with day-to-day tasks and have created a type of service that cannot be replaced. Therapy animals have comforted trauma victims, hospital patients and people in counseling for over 150 years. Their popularity has only spread.

In the 1970s, scientists began researching the bond between humans and animals, finding that animals can lower blood pressure and heart attack mortality, boost oxytocin levels and even help with depression and anxiety. Children’s Healthcare Nationwide offers pet therapy for their patients, which has proven to boost patient morale, and brings a little more joy to the hallways.

“There are many ways an animal may provide support that people cannot get otherwise,” said Dawson Woodrum, one of Piedmont’s on-campus counselors. “These are based on the unique capabilities of the service animal, [such as] being able to detect that someone is getting anxious before they even realize it. Many animals are gifted at providing unconditional positive regard—a important factor in effective therapy.”

At Piedmont College, the positively effects of animal presence are beginning to be seen. Service dogs are spotted trotting alongside their owners at the Commons, students go to animal-assisted therapy with Dr. Parker, (the fluffiest therapist this campus has ever seen,) and Emotional Support Animals—commonly known as ESA’s—are becoming a bigger part of our campus every semester.

Taylor Pope, a sophomore technical theatre major, has experienced the positive effects of animals on campus.

“Parker has really helped me this year,” she said. “I am glad to have access to a service animal that can help cheer me up and get me through bad days. He has been a real blessing.”

At animal-assisted therapy, Dr. Parker helps to offer comfort to students missing pets they have left behind, provides physical comfort and acts as a distraction from tension and anxiety.

Piedmont College also welcomed its first cat onto campus this semester. Patches, who is an ESA with a specialty in chronic pain detection, now lives in one of Piedmont’s residence halls. While he is the first of his kind here, he is not the only cat with this special talent. Madison Russell, an incoming freshman at Rochester Institute of Technology (RIT), has a cat with a strikingly similar purpose and talent.

Russell has Juvenile Rheumatoid Arthritis, Sjogren’s Syndrome and Sporadic Hemiplegic Migraines. These chronic illnesses can contribute to mental illnesses. After being formally diagnosed with both depression and anxiety, Russell and her family made the decision to add a new member to the family in 2012 by adopting a cat named Calypso.

“I can say with the utmost confidence that [Calypso] has been just as crucial to my recovery and treatment as any medications have been.” Russell said.

Calypso is leash and public-access trained, and knows basic commands such as “sit” and “stay”. She plans to live on campus at RIT and will be bringing her ESA with her.

“I am going to be living in New York, many miles away from my friends and family, and I am extremely nervous about that,” she said. “But knowing I will have Calypso with me makes it all a lot better. No matter how crazy my classes are, or how sick I get, she will be waiting for me when I come back to my dorm, and that is very comforting. A lot of things have changed over the years: my health has declined fairly rapidly, I got new diagnoses and I started new treatments, but Calypso has always been a constant. She has always been there to come home to after a hard day.”

Though Calypso was not adopted for the physical benefits cats bring with Arthritis, Russell says she discovered them later.

“Just having her there seems to help with pain,” she said. “There have been a lot of studies about pets reducing blood pressure, and I think that is true. My pain never feels as severe when I have got Calypso laying in my lap.”

The Scientific American reports that cats purr at a consistent pattern and frequency between 25 and 150 Hertz. Sound frequencies in this range can improve bone density and promote healing. Calypso’s purring also helps Russell during panic attacks, her purrs acting as a ground and relaxing Russell when she starts to feel frantic.

Sjogren’s Syndrome is a genetic disease, which Russell’s mother, Melodie, is also afflicted with, and has her own ESA to help with.

“When my oldest daughter left home for college I decided to introduce a new puppy into our family,” she said. “At first, it was my intention to fill the void left behind when my daughter went away to school, but it did not take me long to realize that Maggie [the new dog] was providing so much more than just companionship. As a person with chronic pain and stiff joints, it is imperative that I keep moving and exercise as often as possible. The new pup required walking several times a day as well as plenty of interactive play time and I noticed after only a short time that my joints were less stiff in the morning and I wasn’t as sore at the end of the day.”

Jan Hoffman of The New York Times reported on ESAs at St. Mary’s College of Maryland in 2015, where her article was met with a barrage of backlash.

“Anxiety and depression are hugely over diagnosed, hugely over-medicated conditions and whether it be the dangerous and addictive pharmaceuticals used to treat them- or now, housing exceptions for your comfort pet—It is out of hand,” said Samuel, who claimed to be a practicing emergency physician in Santa Barbara. “Life can be hard, but, it is easier now for the majority of us than it ever has been. Grow a spine and face life without pharmaceutical or furry crutches.”

In an article for the Chicago Tribune, Bryan Bradley wrote, “It is one thing for a person with a physical handicap to require a service animal. Those animals are properly trained for a specific purpose. But this whole “comfort animal” business has gotten completely out of hand. All you have to do is go online, and in hardly any time at all, you can have your bogus confirmation letter. It is become something of a status symbol for the selfish.”

Madison and Melodie have both faced the stigmatization that comes along with having ESAs.

“I do wish that when others make comments such as ‘We are witnessing a generation of people who can’t handle life’ or ‘How do we have so many mentally fragile young people today?’ that they would take a step back and realize that young adults today face so many more challenges than they did a generation ago,” Melodie said. “Without earlier diagnoses and new innovative interventions many of them would never even attend college let alone dream big and truly achieve great success in life. There is definitely a stigma around emotional support animals, and I would love to see that changed.

“Unfortunately, a lot of people are ‘gaming’ the system by getting fake doctor’s notes, or paying someone online to write them a note, so that they can take their pets on airplanes or in apartments for free,” Madison said. “The news also seems to only report on these ‘fake’ ESAs, leading most people to believe that the majority of ESAs are fake, when this is just not true. Yes, there are some people who have fake service and emotional support animals, but the vast majority of those of us who have them actually need them. They are a crucial part of our treatment and recovery, and a huge part of our lives, and it’s always very hurtful to see those media reports where everyone laughs about how ridiculous ESAs are. I would love for more people to know just how helpful ESAs are in the lives of people with chronic illnesses, and for actual, legit ESAs to get more media coverage.”

At Piedmont, the process of gaining an ESA is lengthy, with administration screening each request diligently to stop any students from exploiting the opportunity. Even so, the number of ESAs on campus is slowly growing, and benefitting the entire school in turn.

“Properly-vetted service or emotional support animals provide an important function,” said Woodrum. “They help their companions flourish and, by extension, make the entire community a better place to be.”