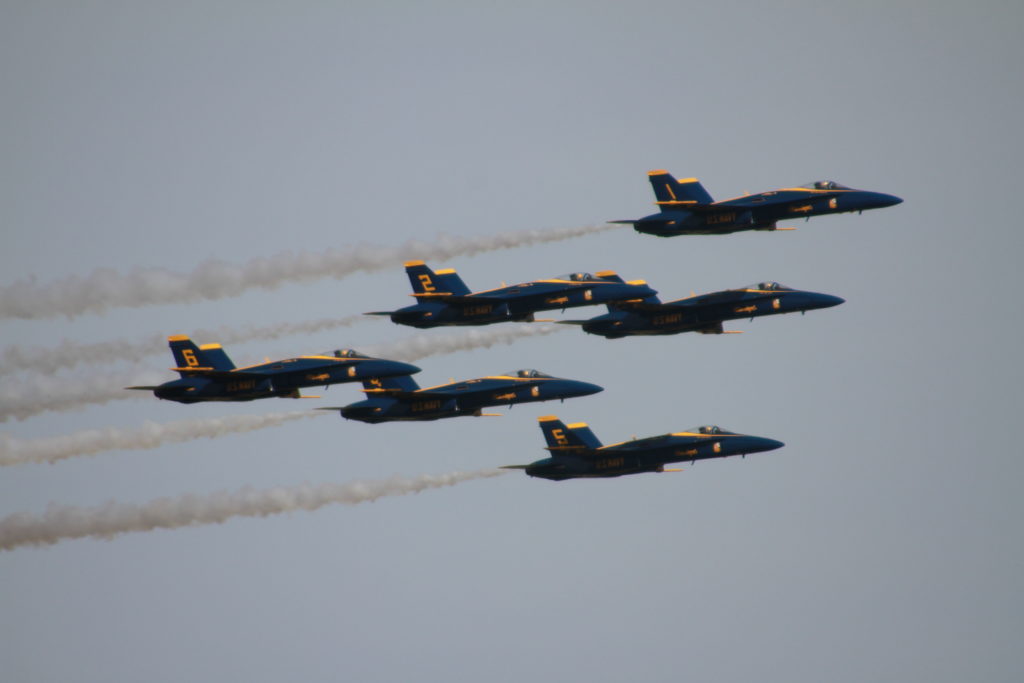 A very rare occurrence blasted through the skies of Rome, Georgia on Oct. 22. The annual airshow “Wings Over North Georgia” was held over the weekend, with the world-famous United States Navy Flight Demonstration Squadron, better known as the “Blue Angels,” screaming through the air over the 83 thousand attendees.

One of the highlights of the display was the performance of seven-time, consecutive, U.S. National Aerobatic champion Rob Holland. Holland is known for flipping and spinning his airplane in a way that appears to be constantly out of control, but every jarring turn and abrupt spiral is actually an extremely calculated and perfectly executed maneuver.

Later, the true stars of the show, the Blue Angels, took to the skies. The striking blue and yellow F-18 hornets of the Angels were a remarkable sight as they performed maneuvers that most pilots would dare not try, bringing the aircraft to their absolute limits. At one point during their show, the Blue Angels brought all six of their jets within 18 inches of each other, traveling at over 300 miles per hour.

One attendee, Robbie Morgan, had been waiting a long time to finally see the Blue Angels in person, and she was not disappointed.

“Seeing the Blue Angels has been on my bucket list for years,” she said. “They definitely did not disappoint.”

The aerial acrobatics weren’t the only notable sight of the event that day, as many attractions took place on ground-level. Numerous rare aircrafts were on display at the event, including an airplane that served in the Berlin Airlift in 1948, a Vietnam War-era Huey helicopter, which some lucky patrons were able to fly in, and even a passenger aircraft restored from 1937, which was open to walk-through tours.

“Wings Over North Georgia” is an event filled with entertainment, rich history, and of course, amazing feats of aerial acrobatics. The event has a well-earned place on anyone’s bucket list, and it will be back next year for anyone who missed this year’s show.