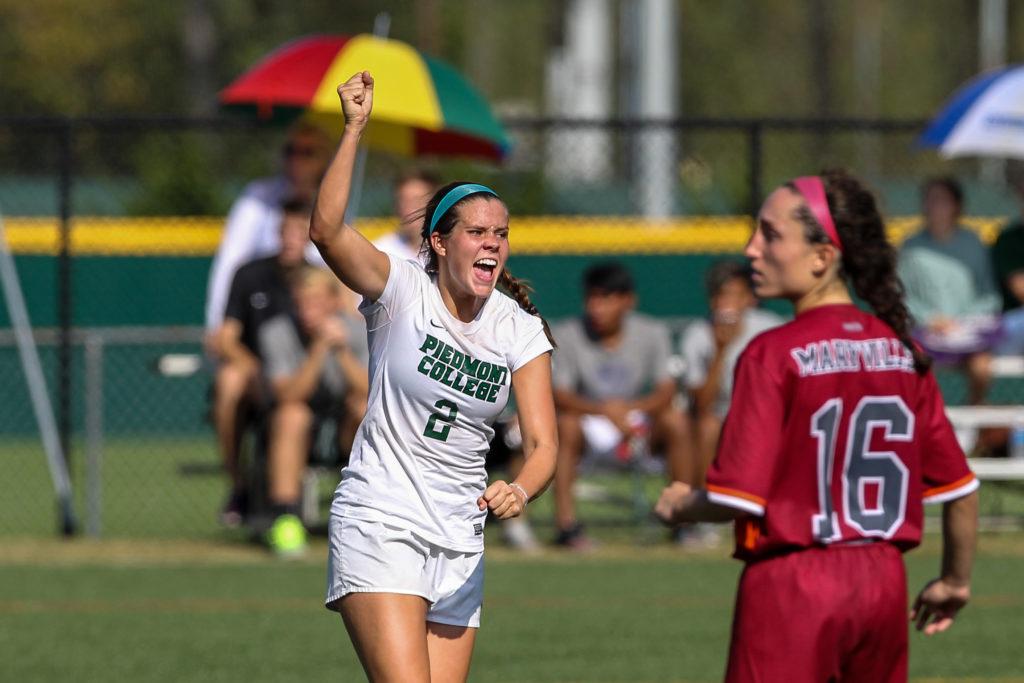 This season the Lady Lions have wowed on and off the field. Through hard work and dedication, they have earned their first undefeated record in Piedmont College’s history ending 15-0-3.

“Having an undefeated season is a tribute to the players’ effort this season, but it’s also a tribute to the work done by so many players and coaches over the years here in this program to set up such a possibility,” said Coach Timothy McCormick. “To have the first undefeated season in program history is a blessing, and the girls deserve it because they have put the work in and played well. However, our team has more goals left to accomplish and that all starts Saturday against a very tough and well-coached Covenant team at Walker Athletic Complex.”

Some of the players chimed in that it has taken perseverance and determination to get where they are today. They also wanted to note that the season is not over yet. They still have much more work ahead of them, before they play in the tournament.

Sarah Weber, junior nursing major and forward for the Piedmont Lady Lions team, is filled with pride by her team’s accomplishments.

“First off, I am extremely proud of everyone on this team,” she said. “I believe it is not just one individual that leads to an almost perfect season, but a family.  Without each other, this could never be possible.  It is not over yet.  I am looking forward to what the postseason has to offer and see if we can come home with a third straight championship.”

Alexis Gottko, a defender for the team and a senior criminal justice major, says that their accomplishments stem from their ability to work as a team.

“We are a very dedicated team, not only to the game but to each other,” Grottko said. “We are one big family and push one another to compete to the best of our abilities.”

While the team’s accomplishments are exciting, some players, like sophomore political science major and defender, Devon Haupt, are focusing on the future.

“Being part of an undefeated team is both rewarding and an honor,” she said. “But we need to finish our job in the post season by pushing forward and continuing to work hard both on and off the field.”

Goalkeepers Ashlyn Atnip, Emily Skelton and Miranda McNalley have made 51 saves this season. The team had a high of eight goals and 24 points in their game against Berea on Oct. 15 of this year.

Coach Timothy McCormick is proud of the team’s accomplishments but is also focused on making further improvements in the future.

“Our team needs to continue to work towards achieving all the goals they laid out,” he said. “I think they are aware of what they need to do.”

Unfortunately, the Lady Lions lost their conference tournament game to Covenant College in penalty kicks this past weekend. While they did not accomplish their ultimate goal, it does not discount the history that they made during the regular season.