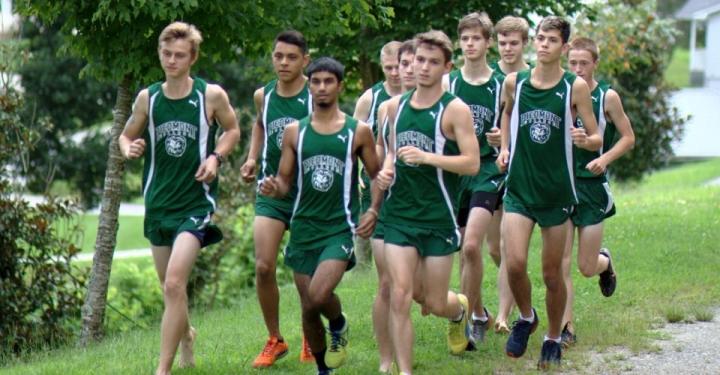 Freshman cross country team member Garrett Stafford is passionate about running. Last year, a former high school teammate of his, Anna Lee, reached out to him and asked if he would be interested in attending college.

“The rest was kind of history,” he said.

The ball got rolling quickly after the application had been filled out. Months later, he is extremely glad he decided to continue his cross country career at Piedmont.

In High school, Stafford acknowledged that he was undertrained. He came in with some of the lowest times on the team, but as of the Montevallo Meet, he’s run times that placed him 4th. Running for Piedmont has given him the opportunity to push himself, both athletically and in the classroom.

“You don’t really have room to mess around,” he said. “You have to keep up with everything.”

While there is a lot more running in college than there was in high school, the team is much closer than any team Stafford has ever run for, which, to him, makes all the difference.

“Living together makes you a family,” he said. “The older guys on the team immediately reached out to us and treated us like we were one of them. I know we can go to them for anything, they’ve been there if we have questions or anything.”

For Stafford, the best part of cross country and track is the competition. Garrett is looking most forward to Conference, the big race that will be coming up soon, and hopes to run his best times individually and as a team.