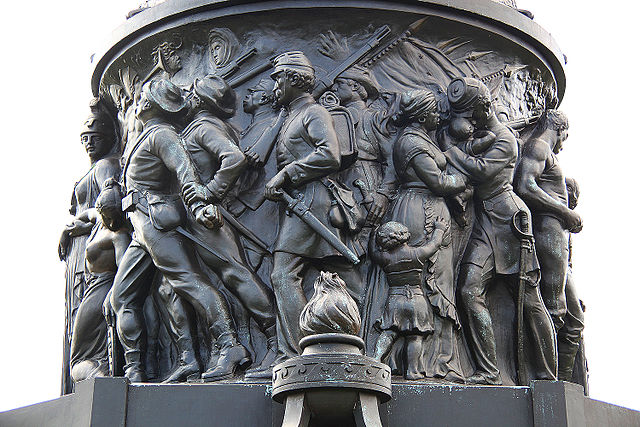 Like many other Piedmont College students, I have lived in the South my whole life. I was raised around country music, comfort food and people with voices like molasses that say some of the quirkiest things you’ve ever heard.

I grew up with reminders of the Confederacy everywhere I turned. Whether it was a confederate flag in someone’s front yard, or a street named after a former Civil War general, I was raised surrounded by hints of the South’s dark past. A past in which brother fought brother, and an entire race of people were enslaved and mistreated. We even have standing, in the form of monuments, solid reminders of this part of our history.

Over the past few years, a series of events have led to a hot debate on whether or not we should remove these monuments. There are people who defend these memorials and believe that they represent history, and that the men who died for the South should be honored and respected. On the other side of the debate, there are people who look at these tributes and see them as reminders and celebrations of a time when the South was an unforgiving, hurtful and hateful place.

The call for a prohibition on confederate statues gained traction in June of 2015 after the Charleston shooting.

More recently, violent protests erupted in Charlottesville, Virginia in response to the proposed removal of a Robert E. Lee monument. Democrats, Sen. Cory Booker and Rep. Barbara Lee, proposed a bill to ban all Confederate statues from the capitol on September 7, 2017.

Many people defend these statues and monuments by claiming that they represent history and southern pride. They believe it would be disrespectful to take down these statues, change the street names and ban Confederate flags. To them, it is an attempt to erase the Confederacy from history.

Those who oppose the monuments compare them to Nazi statues in Germany. In Germany, there are no Nazi statues, and the public display of Nazi memorabilia is illegal. Germany does not feel pride for its malicious past, and all Nazi statues were torn down after the regime fell.

The majority of Confederate statues were erected between 1900 and 1954, when Jim Crow laws and segregation were rampant in the South. Confederate pride flourished when racism and discrimination were on the rise. It can be argued that they were erected as a reaction to the freedom of slaves and the failure of the Civil War.

After analyzing both viewpoints, I believe we need to preserve history by putting it away in a museum. This is exactly what Russia did with their statues of Vladimir Lenin and Joseph Stalin. They currently reside in a museum in Muzeon Arts Park in Moscow. I don’t believe Confederate soldiers who fought to keep people enslaved should be honored with memorials, but we shouldn’t destroy monuments of our past either. The south has a dark history, which we need to shine a light on. I believe we should learn from our past by preserving it, but not honoring it.