A DREAM ON THE LINE: DACA AFFECTS PIEDMONT STUDENTS 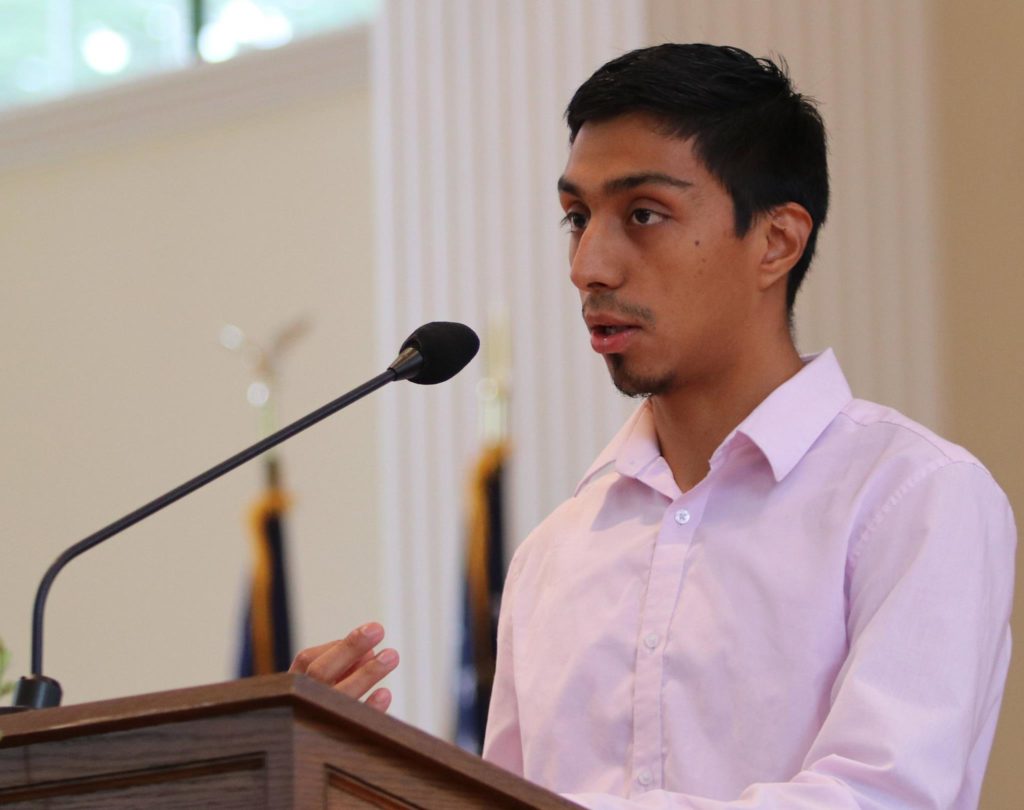 Gabe Gutierrez is the epitome of student leadership at Piedmont College. Within his first three years at the school, he has served as the president of the Campus Activities Board, the vice president and secretary of the Math and Physics Club, a representative for the Student Government Association, a campus representative for League of Lions, and a Resident Assistant in Purcell Hall. On track to graduate in May of 2018, Gabe has become an integral part of the Piedmont College community. None of that would have been possible without the assistance of the Deferred Action for Childhood Arrivals (DACA.)

Gabe was born in Mexico City, where he lived with his mother and four siblings for the first eight years of his life. When he was only eight years old, he and his family illegally crossed the border into the United States and moved to Hendersonville, North Carolina. Since then, most of Gabe’s family, including his mother, has had to move back to Mexico, but he decided to stay in Hendersonville so that he could complete his education and create a better life for himself and his family.

“After graduating high school, I didn’t have a way to pay for college,” he said. “Since I was undocumented, I’d have to pay the more expensive out-of-state tuition no matter where I went to school. Instead, I got an under-the-table job at a small appliance repair and service company. I worked there for three years until DACA came about.”

On June 15, 2012, DACA was formed under the Obama administration to help young immigrants like Gutierrez create lives for themselves in the United States. DACA makes it legal and feasible for these immigrants, called “dreamers,” to work and study in the United States, and imposes strict guidelines for recipients to follow.

“With DACA, I could get a driver’s license, a social security number and a work permit,” Gabe said. “Now I’m able to go get a job, get a paycheck and pay taxes like everyone else. It also provided a lot of help with my college expenses. Without it, I’d still be working under the table somewhere.”

On September 5, 2017, President Trump announced that he would be rescinding DACA, potentially stripping dreamers of their right to work, study and live in the United States. Before DACA is removed completely, Trump is giving Congress six months to decide what will happen to the approximately 800 thousand people who are currently reliant on the policy. At the end of this six-month period, Gabe will be two months away from receiving his diploma.

“DACA was supposed to last until December of 2018 before I had to renew it,” he said. “I’m not even sure if I’ll be able to continue my education until then, or if I’ll lose it all at the end of this six-month period. It’s all still so vague.”

Young dreamers like Gabe have been left in a state of limbo, not knowing what their futures hold. Above all of them is the looming possibility of being deported to a country that they hardly know.

“I don’t have anywhere to go other than here,” he said. “I came here when I was eight, and that was 16 years ago. I’m pretty sure my hometown in Mexico has changed in those 16 years. The little that I remember from my childhood won’t even be the same anymore. I don’t know what things are like over there. Everything that I’ve worked for here and all my goals would be thrown away. It’s scary.”

In this time of uncertainty, Gabe is hopeful that Congress will support his right to live in the United States. If it doesn’t, however, he hopes that communities like Piedmont will work to help those who are affected.

“I hope that Piedmont will at least help those who are here trying to find an opportunity to better themselves,” he said. “I hope that they’ll at least provide some aid to dreamers who won’t be able to complete their education at Piedmont College. I hope Piedmont doesn’t allow their dreams to disappear along with DACA.”

Dr. James Mellichamp, the President of Piedmont College, says that the school is looking out for students like Gutierrez who will be affected by the fate of DACA.

“We’re monitoring this situation very carefully,” Mellichamp said. “My job is to make sure that every student has a successful experience at Piedmont College. That promise extends to all students, including those affected by DACA. If we find that students will be jeopardized due to the limbo situation that we’re in at the moment, we’ll do whatever we can to try and find a positive resolution to the situation. I’m not a miracle worker, but I have faith in the American system and I believe that Congress will take action before the six-month period comes to an end. If not, I can almost guarantee that the federal court will issue an injunction and set the executive order aside.”

President Mellichamp is hopeful that DACA students will maintain their right to live in the United States. If DACA is successfully rescinded, however, Piedmont is not willing to protest the legislation by becoming a sanctuary campus for dreamers, which would put all state funding at stake.

As Gabe waits to learn the fate of DACA, he continues to be an active student leader and an integral part of the Piedmont Community.

“I want to be able to provide an education for my siblings and a better life for my mom,” Gabe said. “I can’t do that without DACA.”

Click here to read Gabe’s recollection of his experience crossing the border.