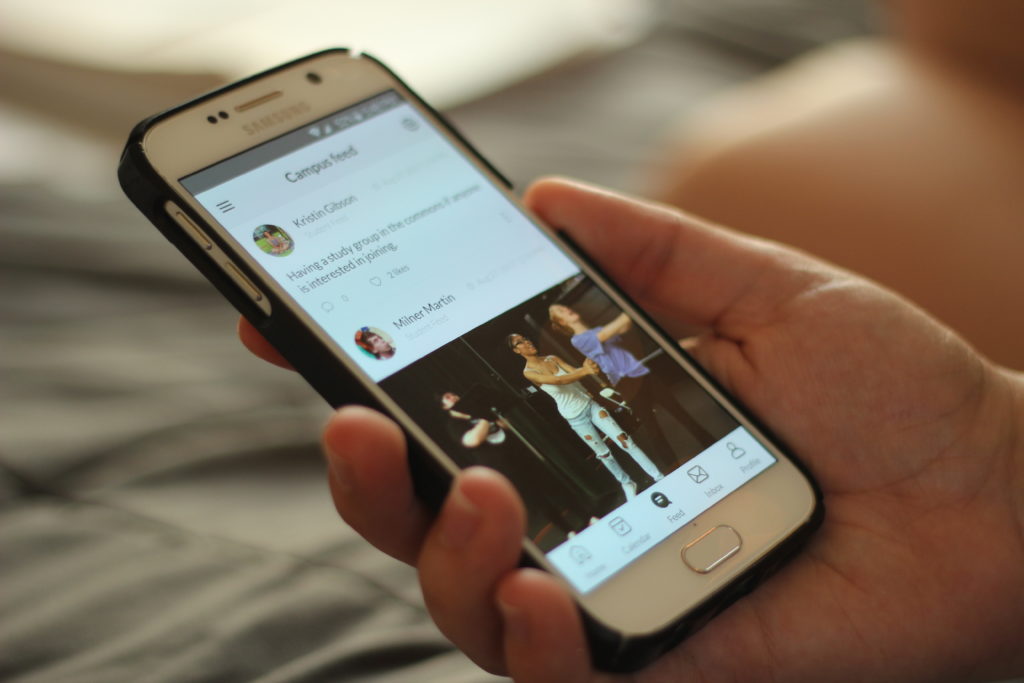 This semester, Piedmont College entered the world of social media with a new self-titled app focused on student engagement. Dr. Kim Crawford, Associate Dean of Student Life, had the idea for the app in the spring of 2016 and lead its development until its release during the summer of 2017.

“It was a risk trying to create something so new,” Crawford said. “But a lot of our students are on social media already and I wanted to provide a platform for them to connect with each other in a safe place. I also wanted to increase engagement campus-wide among faculty, staff and students.”

The risk has paid off thus far, with a large portion of the Piedmont College community, especially the freshman class of 2017, embracing the new technology.

“We have over 1,500 downloads to date,” Crawford said. “That to me is really encouraging. It looks like faculty, staff and students are really embracing the platform. I’ve also seen very positive things on the app. It looks like a lot of students are engaging with each other and there’s a lot more awareness of student activities and events going on. I’m very hopeful that we continue that momentum as we move forward.”

The Piedmont College app serves as a central hub for students. Through the app, users can access their student email, Moodle and WebAdvisor. It also combines elements from some of Piedmont’s older and more antiquated apps like Piedmont Events, which listed upcoming events and activities, and Presence, which was used to track student attendance at events.

“Before I took this position, we were using a different app called Presence,” Crawford said. “The focus of that app was more about checking attendance for events. I wanted to find something that we could use not only to track attendance, but also to engage students.”

One of the most notable features of the Piedmont College app is its campus feed, where students, faculty and staff can share news, ask questions, post pictures and even sell items like textbooks and clothing. The campus feed is reminiscent of other social media platforms like Facebook and the once popular Yik Yak. Some students have even started to call the app “Piedbook” for short.

“I think the new app is super clever and well thought out,” said Lei Ward, a junior Interdisciplinary Studies major. “I didn’t think it would be as extensive as it is. I was expecting it to be a place where I could look up hours and see upcoming events, so I was really surprised when I saw that it’s similar to Facebook and Yik Yak. Obviously, the Piedmont app doesn’t have the anonymity that Yik Yak did, but I think that’s a good thing since it’s a college app. When you give people that type of power it can go downhill fast.”

As the Piedmont College app evolves over time, Dr. Crawford is hopeful that students will help mold those changes by giving feedback.

“I welcome student feedback on how the app should change,” Crawford said. “I feel like I’ve laid the foundation, and now I need students to give me feedback on ways we can change the app to help them and their success here at Piedmont.”

To give feedback on the new Piedmont College app, students can contact Dr. Crawford by emailing her at [email protected] or messaging her through the app.