Blackwell leads on and off the court 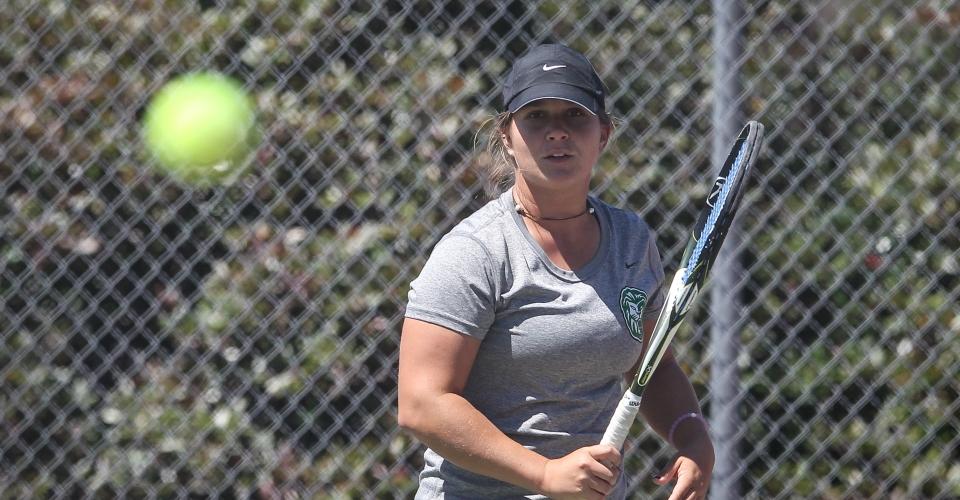 Playing sports can help one stay in shape or stay active. Many people play sports, whether it be intramurals or on an official team, to have something to do or because they’ve done it their whole lives.

Many people that do not play sports may not understand the values that team sports have. They don’t understand how time management and leadership skills can be fostered throughout an athlete’s time of playing. Amanda Blackwell, senior biology major and lady lions tennis player, is one of those athletes that has adopted these skills.

“I have been captain on several sports teams and it definitely helped my developed skills,” said Blackwell.”I also have built so many friendships with my teammates that are different than friendships with classmates.”

Sports have been part of her life no matter what age and the skills that she’s learned through sports have carried over into other aspects of her life as she grew up.

“No matter what age I have always played a sport. I believe playing sports has helped me learn to manage my time, helped me make friends and learn to be a better leader,” said Blackwell.

On the outside looking in, someone may think that she is just another athlete playing a sport for fun and doesn’t take anything out of it. But, it’s more than just a sport for her. Blackwell has used tennis as way of molding herself to be the best person she could be. She also wishes to share that same information with others as well.

“Learn to manage your time well. Playing a sport and keeping your grades up can be difficult in the beginning but it becomes easier once you get the hang of it, so stick with it if you love it. And if you don’t, don’t push yourself,” said Blackwell.

The greatest thing we can do as humans is pave the way for others- to share what we have learned and pass it on. The worst thing we can do is let someone else fail because we were selfish. In Blackwell’s case, she wants to be able to pass on that valuable information. With an attitude and mindset like that, there is nothing that could stop her in her. She has a very bright future as she has an adventurous spirit and wants to help others.

On her plans after graduation, Blackwell said, “I am going to take a year off to travel to Europe and then when I return I’ll be applying to PA schools. Hopefully becoming a PA for a dermatologist.”