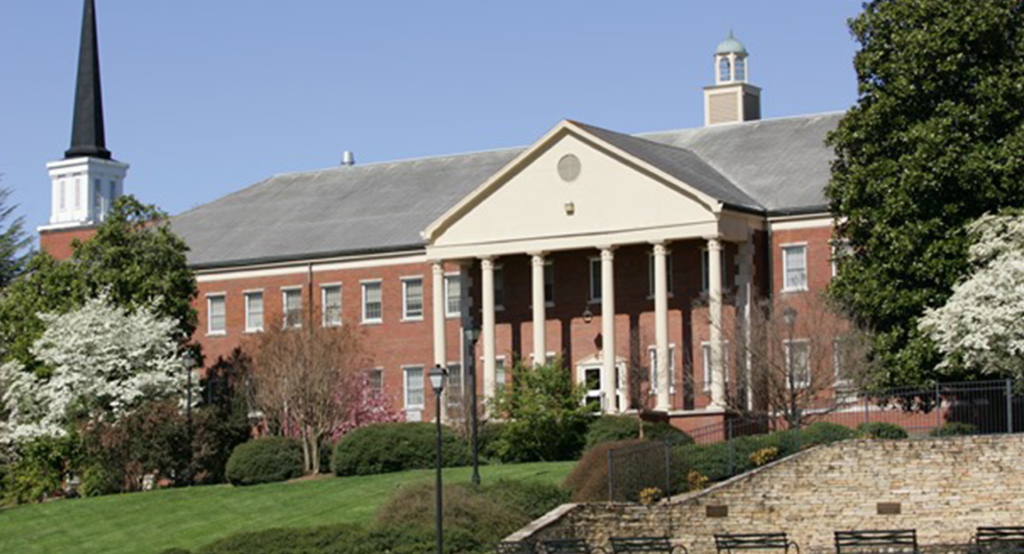 This is the third story in a three-part series examining changes at Piedmont College.

After offering a four-year degree program for the past decade, the Athens campus of Piedmont College is returning to its roots.

“When we went to Athens 20 years ago, we offered only junior level, senior level and graduate coursework,” said President James Mellichamp. “We decided that we’re going back to that original game plan — degree completion and graduate work.”

According to a 2010 Piedmont College President’s Report, the college has had a presence in Athens since 1996, when 20 students met at Oconee County High School for classes. In 2000, the college purchased its first permanent space in Athens — now known as Lane Hall — “to provide primarily evening classes for students who already had two years of college credits and wanted to complete their undergraduate degrees,” wrote Dr. Mel Palmer, then vice president of the Athens campus in the 2010 report.

Piedmont’s footprint in Athens expanded dramatically in 2006, when the college purchased the property of the former Prince Avenue Baptist Church, which included a 90,000 square-foot K-12 education facility, now known as The Commons. The first freshman class enrolled in 2007 as the college began offering undergraduate programs in a variety of areas, including business administration, criminal justice, education, political science, psychology and sociology, and graduate programs in education and business, according to an archived version of the college’s website in October 2007.

“We’re competing against two public universities in that area with public tuition,” Mellichamp said, adding that as a private college with higher tuition, it’s difficult for Piedmont to recruit undergraduate students in Athens. Beginning in fall 2017, Mellichamp said the Athens campus will only offer “degree completion” coursework in a handful of majors, including nursing, business and education, in addition to the graduate programs in education and business.

New undergraduate students must have at least 30 transferable credit hours to enroll at the Athens campus, according to the college’s website. “There is an important place for Piedmont in Athens,” Mellichamp said. “But it’s not the same model we’ve been following for the last 10 years.” The change comes as a surprise some Athens students. Rebekah Hill, a freshman nursing major from Nicholson, said she and her classmates have noticed changes around the Athens campus.

The Café on Prince – the cafeteria that served the Athens campus — was closed last spring, leaving the campus without a cafeteria last fall (a new food stand opened this semester). And the student center was moved outside of the main building into a gym across the parking lot. Additionally, Lane Hall – which houses the nursing school and the library – was listed for sale and is currently under contract, according to a local real estate developer. Hill said her biggest concern is that as a rising sophomore, she’s not sure where she fits in next year at the Piedmont Athens campus as the college moves to degree-completion.

“My friends are in the same boat as I am,” she said. “We’re not sure what (general education) classes are going to be offered here next year.”

She said she has heard rumors that some general education classes will only be offered online for Athens students, an option that upsets many. “We didn’t enroll in an online college,” she said. “We went to a small college for a reason — to get personalized learning.”

Although students know things are changing next year, Hill said the biggest concern is that outside of information she gets from some professors and rumors shared among students, there has been no official word from the college.

“That’s the most frustrating thing,” she said. “There are rumors that things are changing, but no one really knows what’s actually going to happen.”