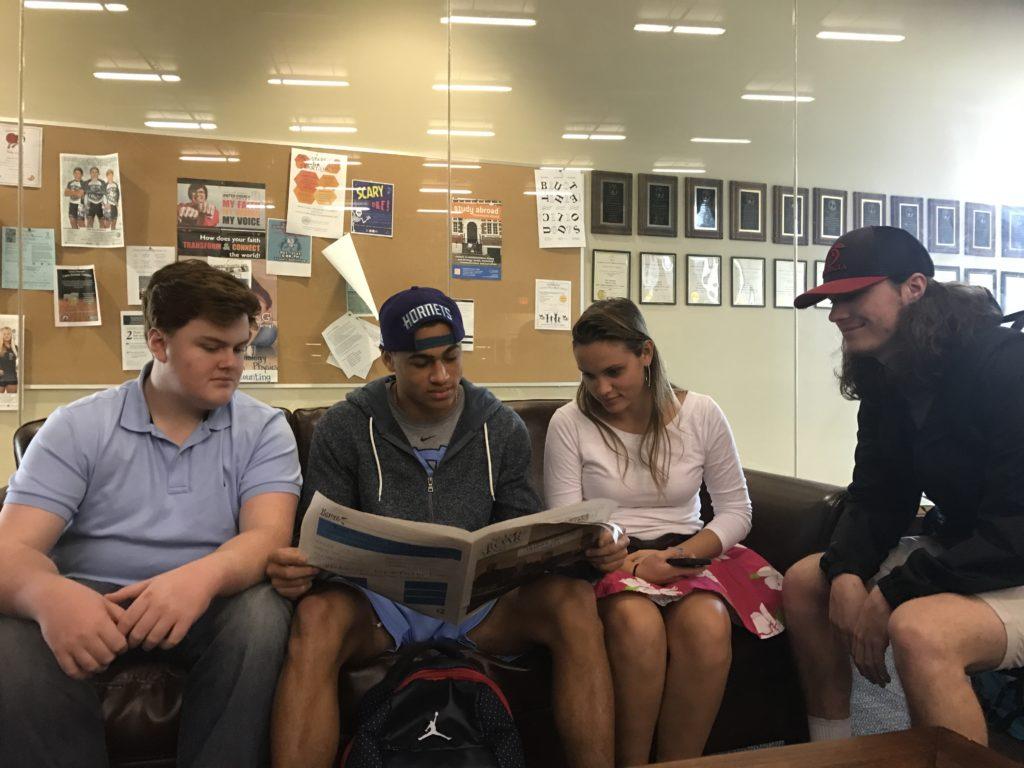 From police shootings to the election, race is the center of many issues. College is traditionally a place students come to experience different people and learn about other cultures, although there can be a certain stigma attached to Piedmont College.

“When people think of Piedmont they see the rich, white, private school,” said Kimball Harness, sophomore at Piedmont College. “When you go to the website you hardly see any people of color. It doesn’t seem like the school promotes itself as a diverse school.”

The nearest school that has more diversity and fits the same scope as Piedmont is Brenau University, which is 49 percent white, 34 percent black, 6 percent Hispanic and 2 percent Asian.

When black men do pick a college, Piedmont may not even be on their radar. “Honestly Piedmont just seems like it is a school for rich, white people,” said Wilterrious Verdell, a black Lanier Technical School student. “I never thought I could get into a school like that, let alone afford a private education. That is why I decided to go to Lanier Tech. If I knew what I know now, I would have definitely considered going there because it is a lot closer to home.”

Taylor Mills, a black Piedmont College student said he was warned about the potential lack of diversity when he chose Piedmont. “It wasn’t until freshman orientation that I really noticed the difference in races,” he said. My parents told me before coming here that I should expect that coming to school up in North Georgia.”

Mills believes that the reason that the student body is not racially diverse is because of the location. “I think it being up in the mountains is a big issue of different races,” he said. “We are up here with nothing to do. This isn’t the first choice for choice for prospective students that are coming from larger communities.”

Brenda Boonstra, director of undergraduate admissions, said Piedmont does try to recruit from minority populations. “We do many things to promote to different ethnicities,” she said. “We go down to south Atlanta to college fairs and try to reach out to different races. We have a La Familia Day to reach out to the Hispanic community as well.”

But even when the Admissions office is successful at getting minority students to start the application process, many times students don’t see the process through.

“We actually do have a lot of different races that do apply to go to school here, but never finish the application,” she said. “I believe what happens is that they may get intimidated by the private stigma that the school is going too expensive, and don’t want to even bother to finish the application because they think they won’t be able to afford it.”

Perry Rettig, vice president of academic affairs, said recruiting diversity will continue to be a priority of the college, adding that diversity is one of the college’s core principles.

“We are trying to do our best to make the college diverse and will continue to strive for a diverse campus,” he said. “If you look more particularly at the Legacy Core Value it reads, ‘Piedmont College upholds the intellectual, social, and theological heritage of Congregationalism through excellence in teaching and scholarship and by embracing our diverse society. We further these principles by encouraging empathy, innovative thought, and responsibility towards ourselves and others.”

That mission is felt by current students, even with the college’s current ratio of minorities. Harness said that once you get here, all students can feel welcome regardless of race.

“I wish people wouldn’t be intimidated by the private stigma of the school, if people would really take the time to go learn about all the opportunities Piedmont has to offer, they would realize they are getting an amazing education,” he said. “I’d love to see more people of different race here and just hope they don’t continue to let the stigma push them away.”