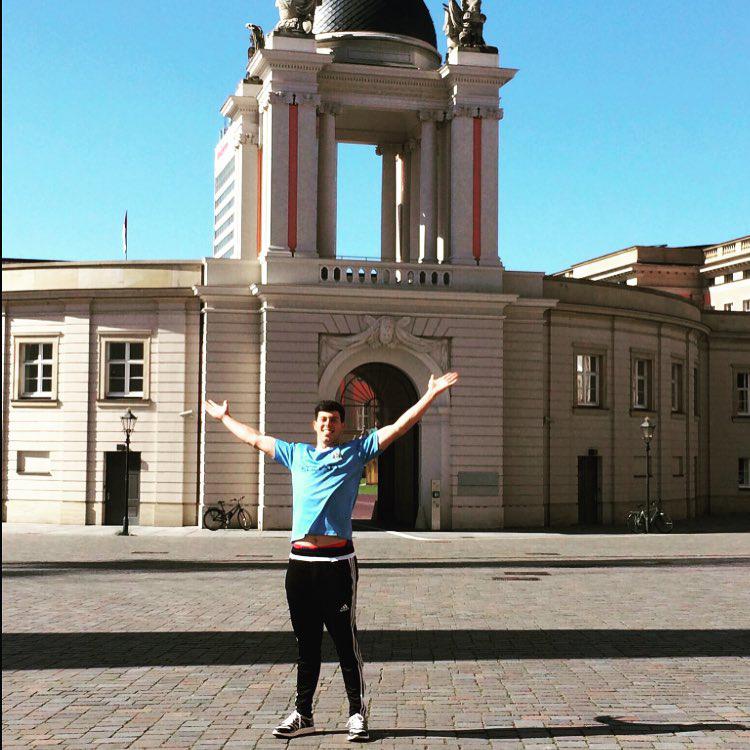 College is the ideal place for those who have the itch to travel. With so many opportunities from Maymaster to internships, students are able to travel while also receiving course credit. That’s exactly what senior men’s soccer player Zach Englert did this summer.

“The school is a part of a program called AMCHAM (American Chamber of Commerce) which stripes to foster relationships between the German business world and the American business world,” said Englert. “After three interviews, I took a position with Ernst & Young.”

With the help of Monika Shulte, Piedmont Associate Professor of German and International Ofﬁce Coordinator, Englert was able to pack his bags and ﬂy to Germany to work for the summer. “My internship was based in Frankfurt, Germany,” he said.

“I was in the U.S. tax department, which was one ﬂoor of the company that I worked for.” Although these experiences were new, the country of Germany was not. Englert has visited Germany another time with a Piedmont sponsored Maymester. Although he headed to the same country, there were big differences in his experiences.

“My ﬁrst trip through the Piedmont Maymester, everything was planned out for me,” he said. “This time, I had to ﬁnd things to do and plan any trips I wanted to take on my own.”

While in Germany, Englert was able to take advantage of the bus and train system to see some of the other cities in Germany. He planned mini vacations for himself as well as his friends across Germany and even in some other European countries.

“I tried to travel as much as possible while I was over there,” he said.

“I went to Prague and that was my favorite city that I visited. I also went on a four day trip through Germany to get to a small town on the coast to go to the beach,” said Englert.

He quickly learned that the beaches in Germany aren’t quite the same as the ones in the U.S.

“The U.S. deﬁnitely has Germany beat when it comes to beaches,” he said. “I missed my Florida beaches.” Even though he struggled through some instances, like getting a haircut, Englert was able to immerse in the German language for the summer.

“The best German I was able to speak was about food because I lived with a family that all spoke German except for the two kids,” he said. “I ate dinner with them every night, so the grandma cooked for us. I felt at the end of the summer I could conﬁdently go anywhere my own.”

While he chose to not talk politics with any of the Germans, Englert had a few hiccups when it came to everyday sayings.

“The very ﬁrst day that I was there, I was meeting a partner for our ﬂoor at work and I really wanted to impress him with my German skills,” said Englert. “By accident, I told him that I was only staying for three Mondays instead of three months.”

The minor language barrier didn’t stop him from experiencing the culture in Frankfurt. He was able to adventure out with his friends and see what made Frankfurt famous. While the nightlife may not have been too wild in Frankfurt, Englert found plenty of restaurants to help him experience German life.

“I went out in other cities, but in Frankfurt I went to a lot of restaurants,” said Englert. “My favorite was trying all of the apple wine in the different restaurants.”

Frankfurt´s traditional apple wine has been associated with the city for over 250 years. However, its history goes back much further than that. While it is impossible to tell exactly when apple wine was invented, it is an established fact that it was a common drink as far back as the time of Charlemagne, over 1,200 years ago.

Englert will graduate from Piedmont in December of 2017 with the hopes of moving on to get his Masters of Business Administration. After that, he wants to travel and work for an international company.