College Degrees That Will Earn Your Money Back 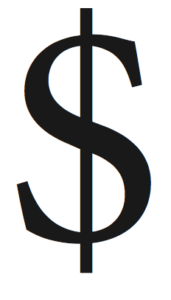 It is one thing for a student to apply to a college with lower standards because they can’t afford tuition, but it is a whole other thing to study a major solely based on financial stability in the future. There is nothing wrong with setting a goal to have economic success in the future, but should that be all students think about?

In an article published on the Fortune Magazine website titled “Choosing a College Major? Read This First,” by Anne Fisher, 80 percent of college students choose a major based on how well the resulting career will pay, according to a new study by Georgetown University’s Center on Education and the Workforce.

At the top of these fields that pay more are accounting and business, paying at least $37,000 at the entry level and an average salary of $65,000 over the course of a person’s career, according to Fisher.

“There is also the possibility that children from higher-income families were more exposed to the sorts of art, music and literature that colleges deem worthy of study,” said Pinsker.

Pinsker went on to say that students whose parents earn more money gravitate towards lower-earning majors because they may think that their parent’s money will arrive in the end to help them.

CBS News reported that the majors that provide median lifetime earnings of more than $2 million are chemical engineering, aerospace engineering, energy and extraction engineering and computer engineering, according to a study done by The Hamilton Project.

The degree to hold the least value is early child-hood education, where graduates will only bring home a median of about $800,000 over the course of their career, the Hamilton Project found.

Although high-school administrators and parents push children to go to college, is there anyone telling them detailed information about what they should study?

A student, in the end, should choose a major that they will enjoy studying, but they should be careful not to acquire debt from studying something they have no interest in to begin with.

Reported by Ben Casselman on FIveThirtyEight.com, recent college graduates with a full-time jobs earn about $36,000 a year, according to the American Community Survey. However, graduates with a degree in majors like petroleum engineering earned around $110,000.

Economics majors may earn more than general business majors, but economics is also considered a harder major and may draw more ‘top students.’

“Majoring in astrophysics won’t net a $62,000 salary for someone who flunks Calculus 101,” said Casselman. “If a huge surge of students really did decide to follow the dollar signs into petroleum engineering, the glut supply would likely drive down wages.”

In the end, picking a major is only the beginning in a student’s college career, and the job he or she choses is one he or she will have to wake up every morning to go to.

Look for the next article in the series as we take a look at the differences between colleges in the north versus colleges in the south and how employers choose candidates based on where students received their education.