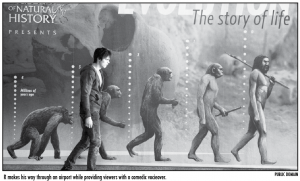 I’m not the biggest fan of romantic comedies. If they’re really good, then of course I like them, but in general, I feel like they have all started to slowly morph into the same, boring story.

So you can believe me when I say that “Warm Bodies” breathes new life into the genre.

At first glance, it may look like a cheap rip-off of the Twilight saga: a supernatural creature of terror falls in love with a human, complete with heavy-handed references to “Romeo and Juliet,” like in the vampire love story.

However, “Warm Bodies” has something that the Twilight saga cannot claim: it has a heart.

The plot of “Warm Bodies” isn’t, in the end, about a zombie falling in love with a human.

At its core, this movie is telling a story about how love really can work miracles.

The script is smart, and will keep you entertained throughout.

The main character, R, is a lonely zombie who monologues to himself a lot through voiceover, and most of these are extremely witty and hilarious.

The movie also acknowledges its origins in “Romeo and Juliet” and plays it up to the extreme: the main characters’ names are R and Julie; there’s a balcony scene; heck, one character even wants to be a nursing major.

These references can, at times, seem overwhelming, but in the end, they contribute massively to the pulsing heartbeat that keeps the movie going.

After all, you can’t exactly be a zombie movie without having a few intense action scenes, and “Warm Bodies” has plenty, and they are executed greatly.

So don’t worry; this movie has something for everyone.

On the negative side, there’s a little bit of spotty CGI and green-screen work, but it doesn’t detract from the movie, so don’t be too worried about it.

They really help to push this movie to become the rom-com classic that I hope it will be.

“Warm Bodies” is based off of the 2011 novel of the same name by Isaac Marion, and is now playing in theatres across America.